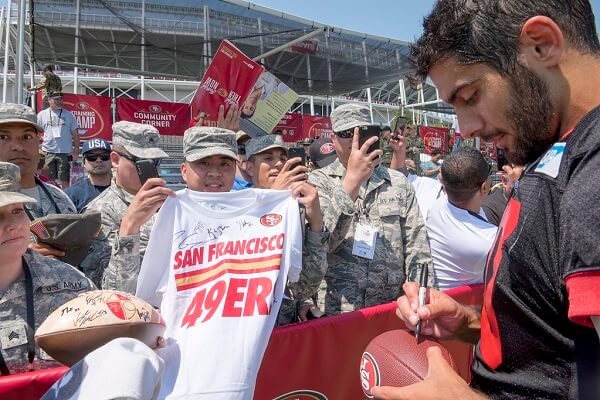 Player props are one of the most fun bets to place, week in and week out. Betting player props is like playing fantasy football, but on steroids. This week we’ve been in the lab looking at all the matchups and finding the best NFL week 10 player props to bet. Plus, as a little added bonus, a few anytime touchdown scorer props that look likely to hit.

Nick Chubb and the Cleveland Browns face the Miami Dolphins this week. This is a Dolphins team that is giving up 69.7 rushing yards per game to opposing running backs. However, that number is a little misleading because Miami has only played one premier back in 2022, Dalvin Cook.

Dalvin Cook was able to put up 77 yards against this team. Chubb is an elite back, and the Browns are committed to giving him the rock. The matchup disadvantage for Chubb isn’t the defense of the Dolphins, as much as the projected game flow. Miami is going to put up points, which is going to force Cleveland to throw the ball to keep pace. That means more Kareem Hunt, but that’s not going to really impact the game until the second half.

The Browns are going to give their best player touches to try and control the game. The best way to beat the Dolphins is going to be with long offensive drives, keeping the Dolphins D on the field. Chubb has gone under 81.5 exactly one time this season, and that won’t change Sunday. You’re starting him in fantasy football this week without question, and you’re laying this bet without hesitation too. Chubb gets to at least 82 yards, and he’s going to score a touchdown.

Parlay both of those outcomes together for +170 odds.

Justin Fields lit the world on fire with last week’s performance in which he piled up 301 total yards. He racked up 178 of those yards on the ground. Fields has been on a roll and gets another juicy matchup with the Detroit Lions this week at Soldier Field.

The Lions haven’t held up well against rushing quarterbacks this year. Most notably, they gave up 90 yards rushing to Jalen Hurts in week 1. The Lions are also giving up around 8 yards per completion, which is another good way to rack up yardage. On the year, Detroit allows over 427 yards per game to the opposition, putting them at the bottom of the rankings on defense. Fields also has newly acquired receiver Chase Claypool, who will allow Fields more deep ball opportunities throughout the game.

Fields will finish this game with around 190 passing yards and at least 50 on the ground to get over 237.5 combined yards, and I’m going to ride the hot hand on Sunday.

Jimmy G and the 49ers are playing good football. On top of that, newly acquired running back Christian McCaffery puts this team squarely in the hunt for the NFC. The Niners host the Chargers Sunday night, and this game has the 4th highest total on the board this week, which is a good indication that we’ll see points in this one. Particularly from the home team.

Jimmy G has thrown two touchdowns in four straight games and will have the full compliment of receivers available. The biggest reason why this is a good number this week is because of the likelihood that McCaffery scores on a reception. The Chargers are a good defensive team and should slow down the 49ers running game enough to force Jimmy G to win this game for them. Play the over here.

The Raiders are bad, and they host a Colts team that is also bad. The Raiders are down offensive skill players in Darren Waller and Hunter Renfrow, which means a lot more attention from both sides of the ball for Davante Adams. Adams has gone over this number five times this year, and he’ll go over it again on Sunday. He’s coming off of a game where he got a ridiculous 17 targets, which he converted into 10 catches for 146 yards. That volume is going to continue, and this guy is one of the best receivers in the league. Lock this bet in early as my favorite play of the weekend.

Mike Evans (+125) – Dude is due for a score, and this will be a sneaky high scoring game this weekend.

Travis Etienne (-135) – He has scored in three straight games and KC is soft against the run.

Kareem Hunt (+160) – He’s due, and the Browns are likely going to need to throw the ball to keep up with Miami in the second half.

Foster Moreau (+240) – Raiders will pound the Colts this week, and Moreau has a good ROI as the second receiving option.

Cooper Kupp (-120) – What a deal. He’s still the best receiver in the league and Stafford or no Stafford will be the focal point of the offense once again.

Derrick Henry (+310) – This is the odds for him to score two touchdowns. Good number from the books on this. He’s scored two times in two straight games and three of his last four.