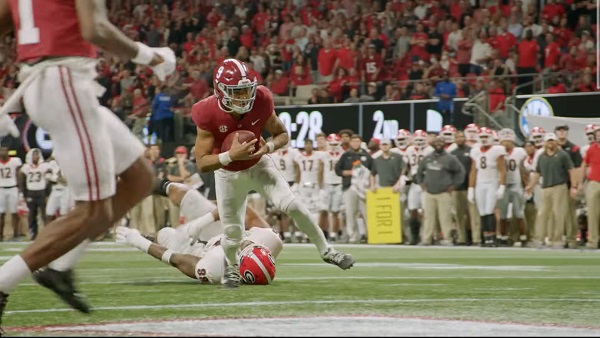 We’re now over halfway through the College Football regular season, which means the Heisman race is starting to heat up. Familiar names and surprise names alike fill the current field for college football’s most prestigious individual award. Meanwhile, the playoff race is also beginning to take shape. The college football playoff rankings are set to come out with their first poll next week. This will mark another milestone towards crowning not only a national champion, but also a Heisman Trophy Winner. From a betting perspective, now is a good time to sprinkle some money on the best Heisman Trophy odds.

Let’s look at the Heisman odds after Week 1. It’s safe to say the odds have shifted dramatically over the past 7 weeks. We’ve seen names like Anthony Richardson and DJ Uiagalelei completely fall out of the race. On the flip side, a guy like Hendon Hooker has stolen the national spotlight. Hooker now looks like one of the favorites to take home the coveted award. We’ll break down the top names to watch down the stretch and a preview of where each stand.

One of the co betting favorites at the beginning of the season is still the player with the best odds to win the award. CJ Stroud has been nothing but dominant as he leads the undefeated Buckeyes through his Junior year campaign. Through seven games Stroud has eclipsed 2,000 passing yards, while throwing for 28 touchdowns and only 4 INTs. Since we last broke down the Heisman odds, Stroud’s Ohio State team’s thinnest margin of victory has been 29 points. There hasn’t been a blemish on the quarterback’s resume this year, which is something NFL Scouts have enjoyed seeing.

We’ve yet to see Stroud face much of a test this year. The Buckeyes began the year with a victory over Notre Dame, a team that’s ultimately been a disappointment. They’ll face their biggest test of the year this weekend at Penn State. It will be critical that Stroud keeps up his good play against quality opponents in critical games. Stroud is the favorite to walk up the podium in New York, but his Heisman moment is yet to be made. We’ll see if the Nittany Lion defense or the crowd of over 100,000 at Happy Valley can give him fits.

There’s always one guy that most haven’t heard of before that comes in and tears the college football world apart. Think Johnny Manziel in 2012. Enter Hendon Hooker – this year it’s the guy under center in Tennessee.

Hooker has been phenomenal as he’s led the Volunteers to a 7-0 record. The Vols now sit at #3 in the AP Top 25, which is the highest they’ve been since 2005. The massive win over Alabama is what really put the college football world on notice. Hooker threw for 385 yards and 5 touchdowns in this game, en route to his team’s 52-49 upset victory. It was the first time they had beaten the Tide since 2006 making it even more impressive.

Hooker currently has the 2nd best odds to win the Heisman Trophy. Unlike Stroud, Hooker has an uphill battle the rest of the way if he hopes to be the guy in New York lifting the trophy. The Heisman Trophy winner and team success have a high correlation with each other. Hooker has an undefeated team, but whether it remains that way will remain to be seen.

In two weeks, Tennessee will head to Athens for a showdown with CFBs top ranked team, the Georgia Bulldogs. A win in this game should get them a spot in the SEC Championship for a rematch with Alabama in a neutral location. If Hooker wins each of these two games, you can bet they’ll give him the award. If he doesn’t, then all signs point to an undefeated Ohio State run, which would likely make Stroud the guy.

The reigning Heisman Trophy winner’s chances to run it back this year took a major hit after he was sidelined for a game with a shoulder injury. Bryce Young was able to return to action with an incredible performance against Tennessee, only to lose in a shootout. Missing a game then picking up a loss aren’t the recipe for winning the Heisman Trophy. Despite those circumstances Young still has a path, albeit a narrow one.

The quarterback has thrown for 18 touchdowns and 3 picks on the year, as he continues to terrorize SEC defenses. In the game Bama lost, Young still threw for over 450 yards. It turned out to be a nailbiter after his team trailed by 18 points. Because of his performance, the loss has kept Young hanging by a thread in the Heisman race.

If Bryce Young is going to lift the hardware again this season, it’ll be because he plays his team into the college football playoff. Bama is the sixth ranked team in the country and in firm control of their playoff destiny. His team will face must wins in Baton Rouge and Oxford following their bye. If they can win those, they’ll have themselves a date with either Georgia or Tennessee in the SEC Championship. That will be a game that will have immense playoff and Heisman implications.

If Young can do his part, he’ll still have to hope for either a drop off in play or a loss from Ohio State’s CJ Stroud, the favorite in this race. At +1800 odds it remains a good bet, especially considering it’s not smart to wager against Bama.