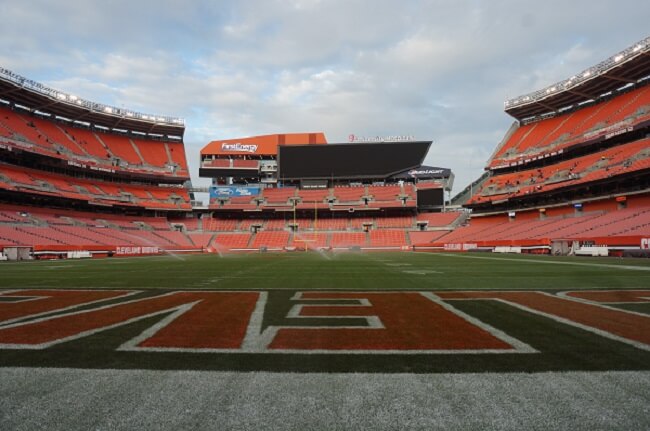 Win total futures bets are some of the best full season props for several reasons. First, the prop can hit before the end of the season giving you your money back for more betting. Another reason is that, unlike player props, injuries to specific players shouldn’t damage the chances it cashes.

Under 8.5 wins is nothing short of a lock for the Cleveland Browns. Unless you live under a rock, you have seen the Cleveland Browns’ news all offseason. Coming off a year where they went 8-9 in a competitive AFC North, Cleveland decided to move on from QB Baker Mayfield. Mayfield was traded to the Panthers in July for a conditional 2024 draft pick. This was a steal because Baker has some good football left in him. The Browns brought in none other than Deshaun Watson to lead their 2022 campaign – or so they thought. Watson will be serving an 11-game suspension to start the season. Starting in his place will be backup Jacoby Brissett.

Brissett has a career record of 14-23. Sorry Browns’ fans but you’re about to experience what just another typical Browns year. Cleveland only won 8 games last season. In the offseason, they got rid of star WR Jarvis Landry, and they are starting a backup QB for the first 11 games. Take the Browns under 8.5-win total futures bet and collect a profit come the end of the season.

This may be considered a hot take, but I am not sold on Green Bay this year. As mentioned in the division underdogs article, Minnesota will take the NFC North this season. The loss of Davante Adams will hurt the Packers and quarterback Aaron Rogers more than people think. Vegas still hasn’t adjusted the total based on the offseason losses.

Adams has gone for over 1,300 yards and 10 Touchdowns in 3 of the past 4 seasons. Rogers does have a balanced receiver core to throw to, but don’t underestimate what Adams did for this team. They should still win 10 games, but Minnesota will have to win at least 11-12 games to take the North. There’s a freebie, take the Vikings over in their win total.

This will also be a down year for Rogers. Now 38 years old, father time will slowly start creeping up on him especially since he lost his safety blanket.

This will be a fun one to sweat out in December, but the under is a great win total futures bet.

Coming off an abysmal 4-13 season, the Houston Texans and their fans are in desperate need of a reset. While they won’t win more than 5-6 games, they will go over their projected win total of 4.5 wins. Starting quarterback Davis Mills went 2-3 in his 5 starts to end the 2021 campaign. In that time, he posted two 300-yard games and threw for 9 touchdowns. Not a stud, by any means, but throwing for 300 yards with the lack of weapons he had was impressive.

Another bright spot in Houston is rookie runningback Dameon Pierce out of the University of Florida. The 22-year-old rookie averaged 5.7 yards per carry and put up 13 touchdowns in his senior season at Florida. The Texans are so confident in Pierce’s ability to carry the load that they released veteran RB Marlon Mack. You also can’t forget about star wideout Brandin Cooks that has had over 1,000 receiving yards in 6 of the last 7 seasons. While Houston won’t make serious noise in the AFC South, expect them to exceed their set win total of 4.5.

How many times is this guy going to write about the Philadelphia Eagles? I understand the bias argument, but there’s no way you look at this team and think they will win less games than they did last year. This is one of the most solid win total futures bets there are this year. The Eagles went 9-8 last year in a year that no one expected them to make any noise. GM Howie Roseman has been busy to say the least this offseason. Jalen Hurts now has a legitimate WR1 in AJ Brown and a rising star in Devonta Smith. The Eagles also have the #1 ranked offensive line in front of Hurts and a top 10 defensive line.

To make matters worse for opposing offenses, Philadelphia went out and grabbed cornerback James Bradberry as well as safety Chauncey Gardner-Johnson to round out their secondary. There’s a lot of excitement in the city of brotherly love right now, as there should be. Get in on the fun and take the Eagles over 9.5 for their win total futures bet this season. You will thank yourself come January.