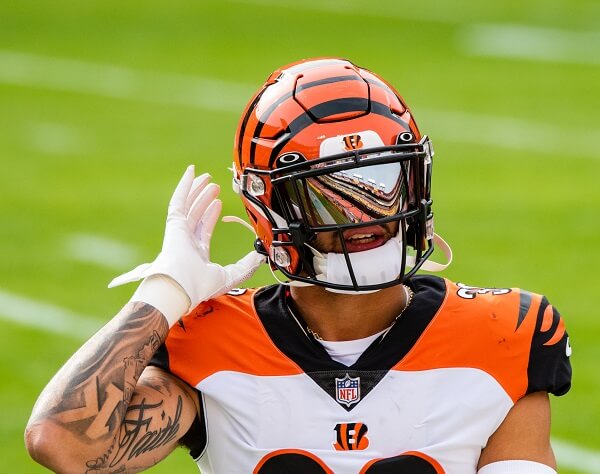 Thursday Night Football between the Bengals and the Dolphins kicks off week 4. Before we get to that, let’s touch briefly on the week that was. NFL Week 3 was another crazy week in this 2022 season, especially on the AFC side. The AFC rankings went through an enormous shakeup after some of this week’s results. The Dolphins beat the Bills, Kansas City lost to Indianapolis, and the Jaguars put the smack down on the Chargers. No one besides Dolphins fans would’ve guessed this in August, but Miami might be the best team in the AFC.

Tua Tagovailoa is off to an incredible start as he’s been connecting with Jaylen Waddle and Tyreek Hill early and often. Their defense is young, fast, and hungry with some veteran leadership. However, they likely won’t be the best team in the AFC at the end of the season. The Chiefs and Bills are too proven, and they’ll figure it out over the next few weeks. On the NFC side, the Philadelphia Eagles remain the only unbeaten team. Jalen Hurts is playing out of his mind, carrying the offense while they have been very good defensively.

This week opens with the Miami Dolphins traveling to Cincinnati to play the Bengals. It’s a bit surprising but the Bengals are 4-point favorites in Thursday night’s game. The Dolphins may be without their starting quarterback, and maybe Vegas already knows this before everyone else. However, the hobbled quarterback did log limited practices, which would lead me to believe he’s on track to start.

Cincinnati isn’t as bad as their record indicates, but aside from injuries, the Dolphins are firing on all cylinders. Another variable that contributes to this spread is the injury status of receiver Jaylen Waddle. If he’s out, the offense surely loses some explosiveness. Either way, it will be a good game on this final September Thursday night.

The matchup between Miami and Buffalo was highly anticipated. After coming back to defeat the Ravens in stunning fashion, many wondered just how good this Miami team really was. The Buffalo game was the test of all tests. How would they fare against the Superbowl favorites? They were heavy underdogs the whole week, right up until the game was actually played.

It was a great game and close throughout the whole match. The two teams traded scores and Buffalo took a 17-14 lead into the 4th quarter. Miami was able to do enough on offense and staved off a Josh Allen-led comeback to win 21-19. Most will say the Bills missed out on several opportunities to win, but it’s the NFL, it’s any given Sunday.

The biggest question for Bengals Thursday Night Football surrounds the quarterback for Miami. In the 2nd quarter of Sunday’s game, Tagovailoa hit his head hard on the ground and was shaken up. He then stumbled to the ground at one point. It felt like that was it for him in the game but there he was on the next series. Tua has not been in concussion protocol leading up to tonight’s Bengals Thursday Night Football game. He has practiced this week and will play.

The biggest key for Miami in this one is their health. A key player from each side of the ball is in jeopardy of not playing and missing either one will be a huge hit. Waddle and Xavien Howard are questionable due to groin injuries but both logged limited practices. If the Dolphins are at full strength, keep an eye on how the spread moves in their favor.

Joe Burrow and the Bengals were able to bounce back against the Jets on Sunday for a much-needed win. Starting the year off 0-2 was bad enough, but they might not have been able to recover from an 0-3 start out of the gates. The best way to describe Cincinnati’s play through the first two games is ‘lethargic’ and the Superbowl hangover looked real.

Critics will say the Bengals should have beaten the Cowboys with ease, but Dallas’ defense is very good. It’s early in the season, but the Bengals have a lot riding on Thursday night’s game. Beat the Dolphins, get to 2-2 and show the world you’re a legitimate contender. Other option is lose, go to 1-3, and hope for a wildcard spot at best. Joe Burrow will show up big time for his squad in a primetime shootout.

The offense isn’t the point of concern in this one. Cincinnati has a stacked receiving core, and we know that Burrow can sling the rock if he has the protection. Joe Mixon has started off the season slow, but he’ll get it going for the Bengals Thursday Night Football game. Miami’s defense is good, but they aren’t great just yet, even if they did hold Buffalo to 19 points. Cincinnati has something to prove, and their quarterback knows it. Expect him to connect with Ja’marr Chase for at least a few big plays.

For the Dolphins, I’m firing up Tua, Tyreek Hill and Waddle (if healthy). Edmonds hasn’t proven himself yet and don’t start him unless you’re playing in a 12- or 14-man league. This game will be a shootout, and Tua will air it out to his #1 and #2 receivers throughout the game. They’re both WR1s in this Bengals Thursday Night Football game.

On the Bengals side, start Burrow, Mixon, Chase, and Higgins without a doubt. Tyler Boyd is a streaming option to explore if available on the waiver wire. He’s Burrow’s third option, but that isn’t necessarily a bad thing considering the defense will be looking elsewhere.

This Dolphins/Bengals Thursday Night Football game is a must-watch.

Both teams have a lot on the line. It will come down to the final minutes of the 4th quarter to decide who comes out on top. However, Burrow is better suited for the primetime and will lead his team to victory in a high-scoring shootout.