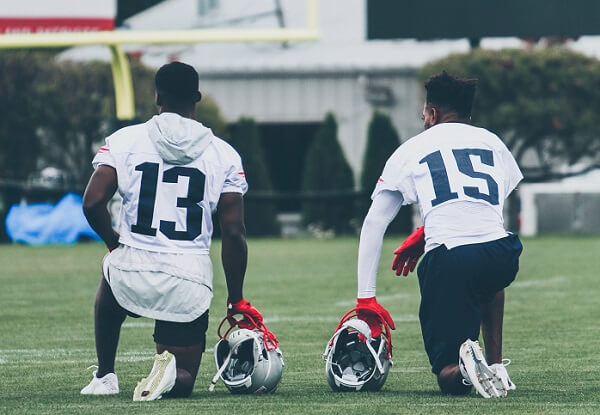 This week 16 matchup between the New England Patriots (7-7) and Cincinnati Bengals (10-4) is a must-win for the Pats if they have any hope of making the playoffs. Last week’s heartbreaking loss to the Raiders couldn’t have come at a worse point in the season. For a team that has prided itself on fundamentally sound football over the past two decades, it’s been difficult to watch as of late.

As for the Bengals, they seem to be hitting their stride at just the right time, winning their last six contests. They still have a chance at the one seed in the AFC if they win and get some help. So both teams have a lot to play for going into the home stretch of the season.

The Bengals are coming off a primetime win on CBS against Tom Brady and the Tampa Bay Buccaneers in week 15. After starting slow in the first half, the Bucs decided it was a good idea to turn the ball over deep in their territory on multiple occasions.

As you can imagine, when you give guys like Joe Burrow and Ja’Marr Chase those opportunities, it rarely ends well for the opponent. The result was a 34-23 win, and the Bengals getting one step closer to an AFC North crown.

One of the worst ways you could possibly lose a football game. In a matchup the Patriots absolutely needed to have going into their final three of the season, they handed the Raiders the win.

Bengals at Patriots Preview: On The Call

The game on Saturday will be broadcast on CBS, with game time set for 1:05 pm ET. Ian Eagle, Charles David, and sideline reporter Evan Washburn will be on the call. You can listen to the game locally on 98.5, The Sports Hub in Boston.

Rhamondre Stevenson: I’m currently one win away from being able to defend my Fantasy Football crown from last season, and I’ll be rolling into my matchup with Stevenson being my RB1. If the Patriots want to move the ball effectively, Stevenson must be the primary catalyst. He’s been a PPR superstar this season, and no reason that shouldn’t continue on Saturday.

Joe Burrow: After starting the year slow, Joey B has put up another tremendous season through the air and is on pace to have his best statistical season in his short career. A solid QB1 start in week 16.

Joe Mixon: Mixon has struggled as of late, only rushing for 21 yards on 11 carries against the Buccaneers. I expect the Bengals to operate mainly in the air, ultimately limiting Mixon’s potential in this matchup.

Mac Jones: Last week was one of Mac’s worst performances of the season, as he went a putrid 13/31 with 129 yards through the air. Expect an offense that relies heavily on the run game and that gets the ball quickly out of Mac’s hands. Don’t expect much of a fantasy performance from Jones against the Bengals.

After last week’s loss, it’s difficult to pick the Patriots with a straight face against a top opponent like the Bengals. They will be fighting for their postseason lives and need a win to stay alive in the Wild Card race. However, the firepower of Joe Burrow and the Bengals offense will be too much for New England to handle.

From a betting perspective, the most value and best bet is taking the Bengals and the points. However, if you believe the Pats who boast a top 5 defense, can hang around with this team then taking Cincy straight up isn’t a bad choice either.