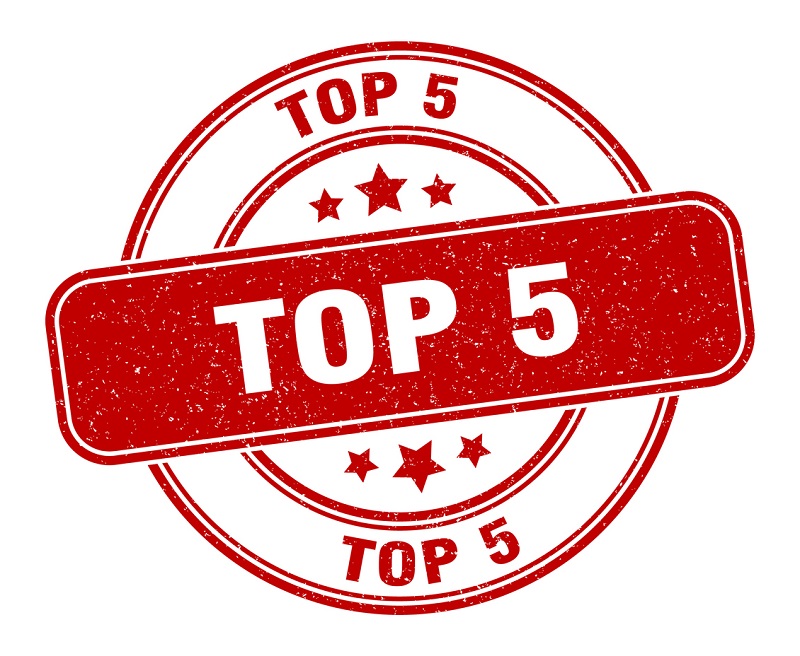 It’s been three weeks since the last Top 5 Power Rankings, and boy, things have changed.

At the time, the Yankees were sputtering and lost the top spot to the Dodgers. We still hadn’t hit the panic button on the Bronx Bombers just yet. Now, it’s close. They were once the best team with the best record, but we know how quickly things can change in baseball. Their record is now the 4th best, and a slew of injuries has critics questioning if they’ll beat the Houston Astros to make it to the World Series.

Los Angeles has played like the best team in the league for over a month now. They’re 30-5 over their last 35 games and it really doesn’t look like this team has any real weaknesses. They lost Walker Buehler, and they just kept it rolling. Tyler Anderson and Tony Gonsolin have been heaven sent. Honestly, if weren’t for their performances this year, the battle for the division would be close. Cody Bellinger and Max Muncy seem like they are finally turning things around and the bullpen has been stout. There are still concerns with Craig Kimbrel as the closer, but if they keep winning then can’t argue with results.

Clayton Kershaw was recently added to the Injured List with a back injury and there’s no timetable for his return. Manager Dave Roberts is optimistic about the injury after an MRI didn’t reveal any serious damaged to the all-time great. Some good news on the other hand, Dustin May has made his way through rehab and should make his season debut sometime next week.

Even if Vegas has the Yankees in the #2 spot, the Astros have played like the best team in the American League over the last month. Furthermore, the Astros have gone 5-2 against the Yanks so far this year. It is just the regular season, but the games they’ve played have given us a glimpse into the future. Everything is just clicking for the Astros, and it doesn’t seem like they have an area in need of improvement.

Their starting pitching is stout. Justin Verlander is having the best year of his career, even at 39 years young. He’s 15-3 with a 1.85 earned run average this season. Insane. Framber Valdez is one of the best #2’s in the league. Their offense is among the best in baseball behind veteran Jose Altuve and MVP front runner, Yordan Alvarez. Their bullpen? Ranked 1st in the league, even without any superstar names.

As of right now, the Astros are a solidly better than any other team in the American League.

It was a crawl to the All-Star game, and the baseball world figured the Yankees just needed a break, as every team did. Here’s a troubling stat: The Yankees are a .500 team in their last 50 games. Plus, they are 2-8 over their last 10. So, what’s changed? A lot. But in some ways, it’s simple: they started losing their close 1 or 2-run games.

The biggest issue has been the health of their bullpen. They only have a few relievers on their active roster that were with the team on opening day. Can their current bullpen be good enough come post season? For the first couple of rounds, but not much further with what they have now. It wouldn’t be all that surprising if the Yankees got it going and finished the season eclipsing 100 wins. However, the Astros will make quick work out of them if their bullpen woes aren’t fixed.

The Mets were almost ranked 3rd, but there’s just too much hope for the Yankees to turn it around. For a couple of weeks before Jacob DeGrom’s return, fans were worried about how the team would finish the year. They are now back on track. Speaking of DeGrom, has he done well since making his season debut. He hasn’t gone deep into games, but this was expected since he still needs to build up his stamina. However, he has been sharp, and his fastball has been clocked as high as 102 mph. With two months left in the season, he has time to work back to a full load before playoffs begin. The big question is: Will he stay healthy? No one can say.

What is certain is if the Mets go into October with Max Scherzer and DeGrom at their peaks, it’ll be them versus the Dodgers to see who plays in the 2022 World Series.

I’m not just saying this because the Padres are in the same division as my favorite team, but they haven’t looked too impressive since acquiring Josh Bell and Juan Soto. Their supposed test against Los Angeles was a bust and they left Chavez Ravine losing all 3, a clean sweep.

It had to have been a humbling experience for the team from San Diego. Their front office acquired three top tier players to not only compete for the division, but for the World Series. It seemingly didn’t help a tiny bit. Alright, enough of the trash talk. The Padres, on paper, have the team to compete with anyone in the league. However, with the recent suspension of super star shortstop Fernando Tatis Jr. they won’t be getting the huge offensive boost that comes along with his bat.

The Padres have a lot to prove with how much minor league prospect talent they gave up. Anything short of a World Series appearance will be considered a failure. I teetered on who the 5th team would be in my Top 5, and I almost went with the Braves. But the Padres will string a few series wins together to make a statement.