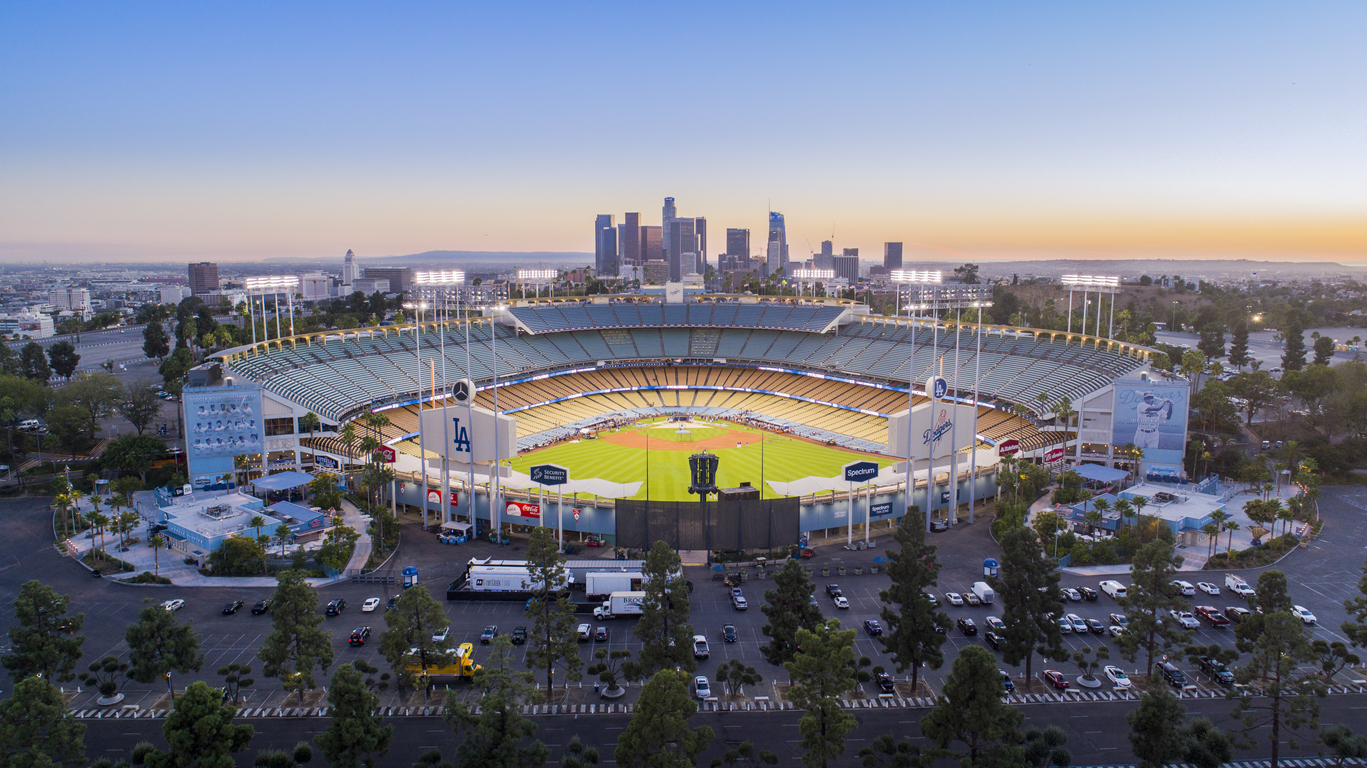 After the addition of Freddie Freeman, the total number of Dodgers who made today’s 2022 All Star Game sits at six. They are in a three-way tie with the New York Yankees and Atlanta Braves for most players on the team. The first half of the season for the Dodgers was one of many ups and downs. Some players didn’t even look like they’d end up making the team. Not to mention a duo of pitchers who have surprised all of baseball with the year they’ve had.

Let’s take a gander at the Blue Crew who’ll be representing the Dodgers in the All-Star Game.

Your 2022 MLB ASG takes place at Dodger Stadium in Los Angeles, CA. First pitch will be thrown at 8PM EST. The National League team is slightly favored at -115 with the o/u set at 8 runs. Typically, odds for pitchers aren’t set as they normally throw one inning and don’t have enough impact on a game.

Odds to win ASG MVP powered by Fanduel Sportsbook, Sign up now and get a $1000 No Sweat First Bet for tonight’s ASG action.

If you asked Mookie Betts what he thought about his first half performance, he’d probably tell you it wasn’t up to his standards. Betts had a rough month of April and then things started to click. The best way to describe his play was, in a word, inconsistent. He’d go through stretches where I told myself, “This guy is going to win the MVP award” and at other times he struggled at the plate. But the defense never slumps and night in and night out, I’m reminded why he’s one of the best outfielders in the game.

Freeman would have gotten the start in the ASG if not for Paul Goldschmidt having an MVP caliber year season.

Players usually take some time adjusting to a new team. Especially if they’ve spent their first 12 years with a club, but not Freddie. He’s quietly having one of the best years of his illustrious career, hitting .321 to this point. He’s managed to fill the hole left by the departure of fellow All Star, Corey Seager. His power numbers are a little down, which isn’t too surprising since Dodger Stadium is considered a pitcher friendly ballpark. I can’t wait to see how he’ll do in the next few months before the postseason starts.

Like Mookie Betts, Turner got off to a slow start, and looked like he wasn’t the long-term solution at shortstop. Since then, he flipped a switch and turned back into one of the best middle infielders in Major League Baseball. He’s a unique player who not only hits for power but can burn you on the base paths with his blazing speed. His stats through the first 90 games are: .306 average, 14 home runs and 68 runs batted in. The Dodgers front office might have to hand this guy a blank check in the offseason. He starts tonight and is hitting out of the 5th spot.

Like many pitchers in recent years, Tyler Anderson came to the Dodgers on a one-year deal and transformed into a completely different player. He has one of the best records in baseball at 10-1, with an impressive 2.96 ERA. He’s earned his first All Star spot at 32 years young.

No one predicted how valuable of a starter Anderson would be. He’s helped carry a starting rotation that has been decimated with injuries.

The self-proclaimed Cat Man is having himself a career year. At the beginning of the season, I questioned if he would even be named the 4th or 5th starter in what was, on paper at least, a stacked rotation. He’s had a shaky career and last year he wasn’t even a full-time starter. No one could have had any idea how important of a role Gonsolin would eventually have.

Gonsolin has yet to lose a game. Even more impressive is his ERA, which is 2.02 and good enough for 4th best in all of baseball.

I rolled my eyes when Kersh found himself on the Injured List. “Not again”, I thought. It was another lower back injury, and I just wasn’t sure what type of Kershaw we’d get this year. I was worried since the Blue Crew’s pitching staff was already thin. But the southpaw, yet again, reminded us why he’s one of, if not the best to wear a Dodger uniform.

Kerhaw boasts a 7-2 record and a 2.13 ERA and gets the start tonight, but not without some drama. Many baseball fans didn’t like that he was named starter. They think Sandy Alcantara should have started on the mound, and they have a point. But Kershaw is nearing the end of his career and he’s never started an ASG, even when he should have.

It’s just fitting that he gets the nod at his home stadium, and we are all lucky to watch him pitch.