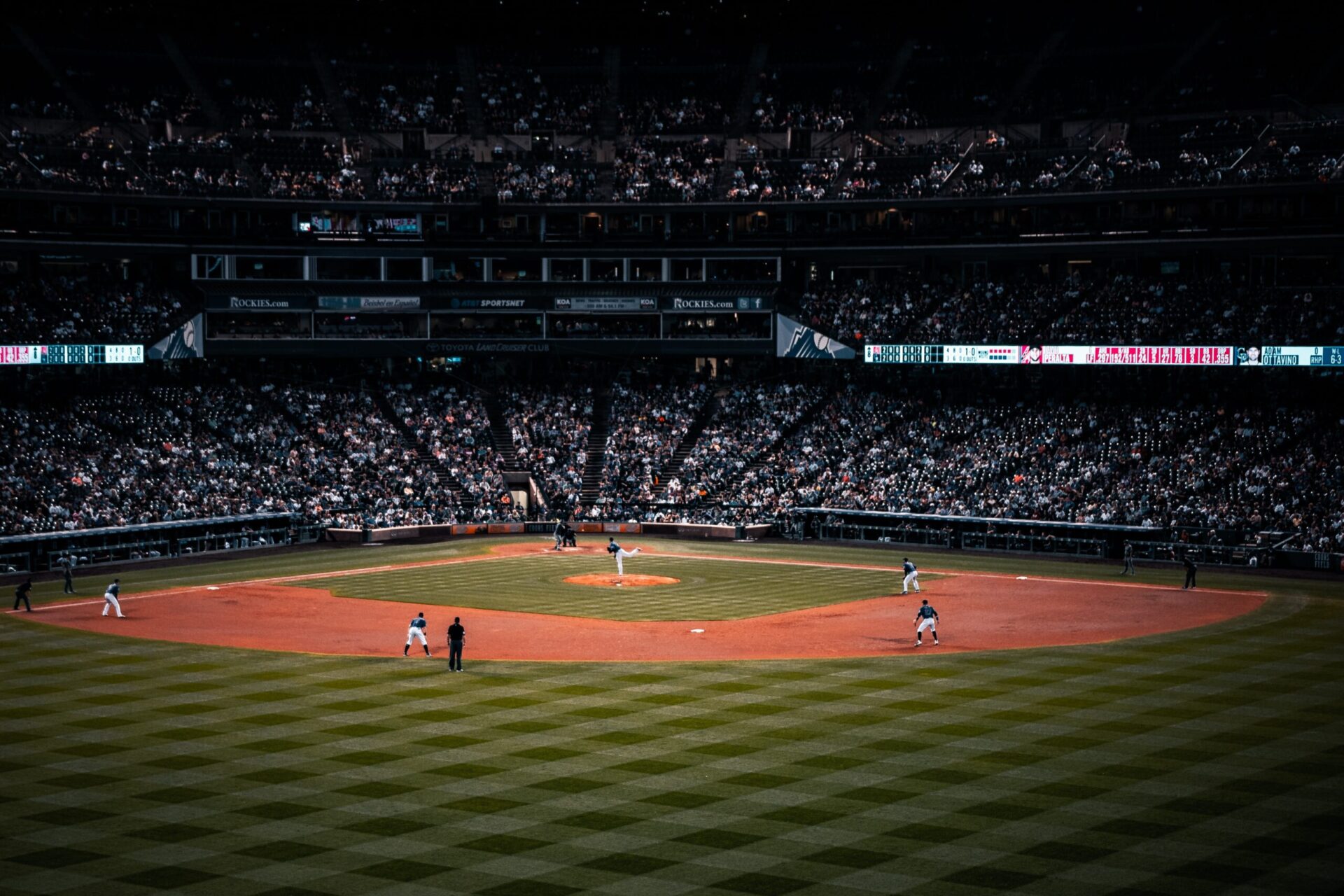 As the MLB All-Star game fast approaches, fans are debating who will be the star of the show this year. While there is no doubt that some of the league’s biggest names will put on a display, it’s also worth looking back at some of the greatest performances in the all-star game’s almost 100-year history. From improbable home runs to awe-inspiring catches, epic performances have made the All-Star game an event not to be missed by baseball fans.

Willie McCovey’s performance in the 1969 All-Star game is widely considered one of the best by any player in history. The left-handed slugger went 2-for-4 with two home runs and three RBI. He helped lead the National League (NL) to a 9-3 victory over the American League (AL). Thanks to that performance, he took home the game’s MVP award at Washington’s’ RFK Stadium.

The 1969 season would be a landmark one for McCovey as he would win MVP honors for the National League.

July 6, 1933, Babe Ruth took the field at Comiskey Park in Chicago for the first ever MLB All-Star Game.

Ruth went 2-for-3 at the plate with a double and a home run. His homer was a towering shot to right field, the first in All-Star Game history. Without this performance, the Mid-Summer Classic would look a lot different as it wasn’t a perennial showcase at the time.

On that day, Ruth’s performance helped lead the American League to a 4-2 victory over the National League. It was a fitting end to what would turn out to be one of the final seasons of Ruth’s illustrious career.

On July 10, 2001, Cal Ripken took the field for the MLB All-Star game. It was a special moment for the legendary shortstop, playing in his final season. Ripken didn’t disappoint, putting on a show for the fans in attendance.

Ripken went 1-for-2 at the plate, which featured a home run off Chan Ho Park in the third inning. It was a vintage performance from Ripken, which helped the American League to a 4-1 victory over the National League.

It was a fitting finale for Ripken’s All-Star career, as he was named the game’s MVP. His 2001 performance was a reminder of just how great he was during his time in the league. He finished his career with 19 All-Star appearances, among the most of any player in history.

In 1987, Tim Raines had one of the best All-Star game performances in MLB history. He went 3-for-3 at the plate, with two doubles and a home run. The crazy thing is he didn’t enter the game until the bottom of the sixth! Raines scored three runs and drove in two. Then in the 13th inning, he platted a triple off Jay Howell, which ended up being the winning run.

Raines was a seven-time All-Star and won two World Series titles with the Yankees. He finished his career with 2,605 hits, 1,330 RBIs, and 1,571 runs. He was inducted into the Baseball Hall of Fame in 2017 – A truly great all-around player.

In the 1954 All-Star Game, Rosen slugged a three-run homer off National League ace Robin Roberts. Then plated two more on a dinger off Johnny Antonelli in the fifth. The monster performance would help earn the American league the win (11-9)

Rosen was inducted into the Cleveland Guardians Hall of Fame in 2006. He passed away in 2015 at the age of 91.

Ichiro Suzuki hit an inside-the-park home run during the 2007 MLB All-Star Game, becoming the first player in history to do so. It was a moment of pure excitement and amazement as Ichiro seemingly glided the bases while everyone watched in disbelief. The run would end up being the difference maker as the American League won the game 5-4.

Personally, this is one of my favorite moments as a huge Ichiro fan growing up. He was a player you would pay to watch.

In the 1989 all-star game, Bo Jackson amazed everyone with his performance. He hit a home run in his first at-bat, and then he made a spectacular catch in center field. Jackson’s performance helped the American League win the game, 5-3. Jackson was named the MVP of the game as well.

Probably most remembered for Ronald Reagan’s praise of Jackson during his interview with Vin Scully in the first inning, saying it “sounded different” off Bo’s bat.

Jackson’s career was cut short by injury, but he will always be remembered as one of the greatest athletes of his generation.

In what was likely a very emotional All-Star Game for historical reasons. Ted Williams went 4-4 and drove in 6 runs in a 12-0 rout over the National League. The game was played just months after World War II had ended. Many of the players on both teams had served in the military during the war.

A memorable moment was Williams’ hitting home run off Rip Sewell’s eephus pitch in the bottom of the 8th inning. That was the only time in Sewell’s career he gave a home run on that pitch.

In the 1934 All-Star Game, Carl Hubbell struck out five of the game’s best hitters in a row. He started by striking out Ruth, then followed up by fanning Lou Gehrig, Jimmie Foxx, Al Simmons, and Joe Cronin.

Just looking at those names, I think it’s easy to see why this is so high on the list. Getting them out is hard enough but striking them out in succession is another thing.

This impressive feat is just one example of Hubbell’s greatness on the mound. He was a two-time MVP and a nine-time All-Star and was inducted into the Baseball Hall of Fame in 1947.

It’s hard to overstate how dominant Pedro Martinez was during his prime. In 1999, he was at the height of his powers and put on a show at the All-Star Game.

Martinez started the game and struck out the first four National League batters. This was significant because it’s the first time a pitcher struck out the opposing side in ASG history to begin the game. In total, Martinez fanned five of the six batters he faced and won MVP honors with an American League victory.

At the height of the steroid era, this masterful performance helped cement Martinez’s legacy as one of the greatest pitchers of all time.

The Significance of The 1999 All-Star Game

The 1999 Major League Baseball All-Star Game was the 70th playing of the Midsummer Classic between the all-stars of the American League (AL) and National League (NL), the two leagues composing Major League Baseball. The game was held on July 13, 1999, at Fenway Park in Boston, Massachusetts, home of the AL’s Boston Red Sox. It resulted in the AL defeating the NL 4–1. The pre-game ceremonies paid tribute to Red Sox great Ted Williams and the All-Century team.

Here are some other interesting facts about the 1999 All-Star Game:

What Made This Game So Special?

The pre-game ceremonies featured introductions of nominees for the All-Century Team, including the greatest Red Sox player of them all, Ted Williams.

In one of his final public appearances at Fenway, he waved to the crowd from a wheelchair surrounded by the game’s greats. The All-Century team is considered one of baseball’s greatest honors, and Williams deserved his spot near the top.

Pedro pitched two innings, giving up no runs and striking out five of six batters, and was named MVP of the game. This was at the height of the steroid era, which made this achievement even more improbable.

Martinez was amid one of the greatest seasons by a pitcher in Major League Baseball history. He finished the 1999 season with a 23-4 record and a 2.07 ERA!

Martinez was one of the most dominant pitchers of his generation. His performance in the 1999 All-Star game was just one example of his greatness.

Fenway Park, home of the Boston Red Sox, is one of America’s most beloved baseball stadiums. Built-in 1912, it is the oldest Major League ballpark still in use today.

Fenway has a capacity of just under 37,000, making it one of the smaller parks in the majors. What it lacks in size, it more than makes up for history and atmosphere. Its unique design includes several iconic features, such as the Green Monster in left field and Pesky’s Pole in right.

Fenway also deeply connects to the city of Boston and its passionate fans. For all these reasons, Fenway Park was the perfect setting for the 1999 All-Star Game.

Kevin Costner said it best: “In this final summer of the 20th century, tonight’s All-Star Game will be played beneath Boston’s giant Green Monster. It just wouldn’t be right anywhere else.”

Looking to Bet on the 2022 All-Star Game? Do it with Fanduel Sportsbook.