Will Joe Burrow be the First 6000 Yard Passer? 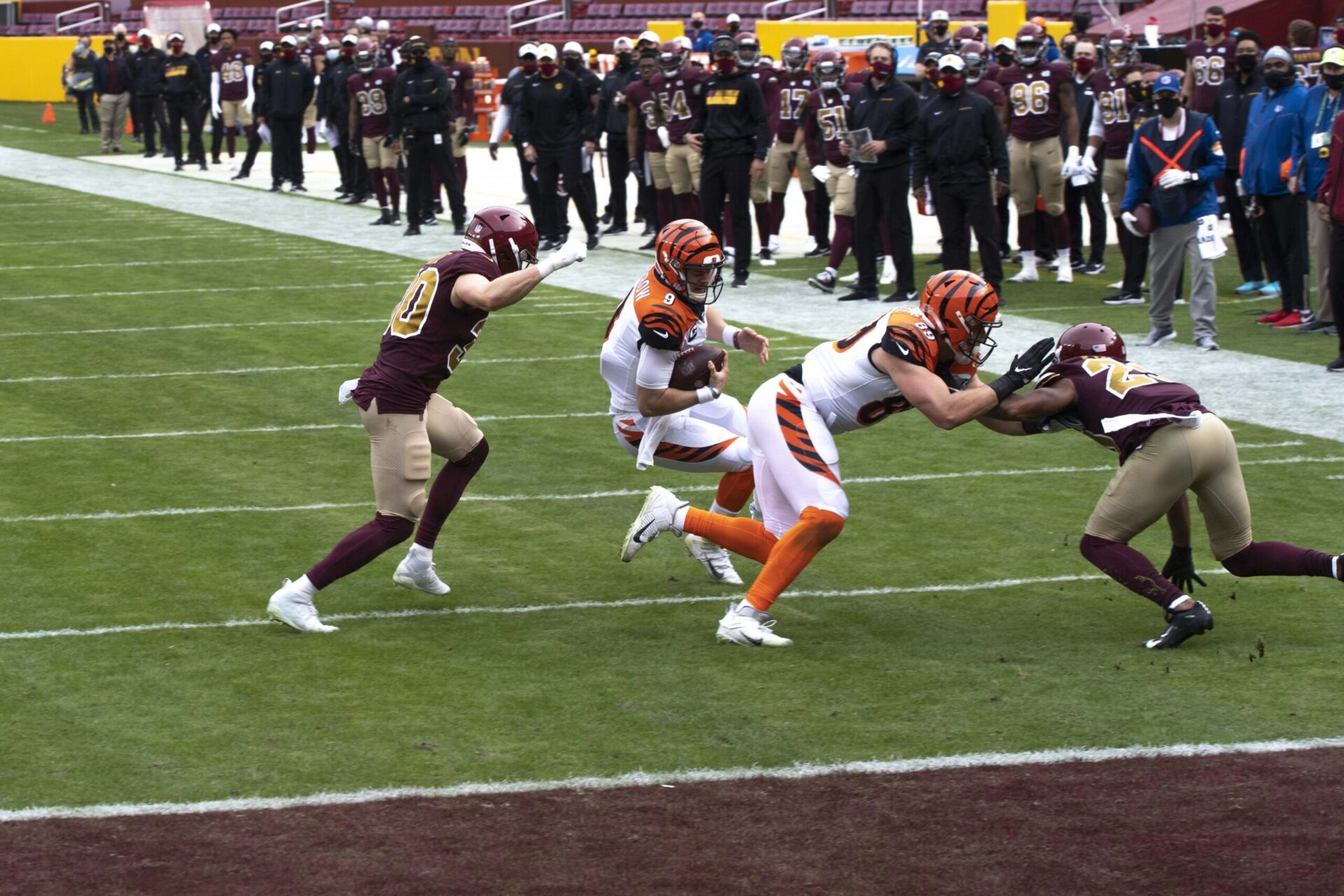 The most passing yards in a season is 5,477, a record held by Peyton Manning. Our own Bengals Genius dives into the possibility of the first ever 6000 yard season and the early odds you want to get on.

At first glance this may seem ridiculous, but now that the NFL has moved to a 17-game schedule it is, for the first time ever, within reach. Joe would have to average 353 yards per game to achieve this, but given the way the game has changed, is it really that farfetched? Consider the following facts, and you will see it’s a real possibility.

Joe Mixon will have something to say about this as he gears up to have a career season. He is entering his prime, and this will be the best o-line in his career for him as well.

From a betting perspective, Burrow is tied for the fifth best odds at +1000 for Most Regular Season Passing Yards. Burrow sits behind both Brady (+700) and Mahomes (+750), but both of those passers have lost key cogs in their offensive machine while Burrow will get a full camp to get in rhythm with his. I like the value with Burrow, and I expect him to have a better season than Brady or Mahomes – Burrow +1000 is my Best Bet for pre-pre season player prop. Its harder to project which wide receiver will be the leader in receiving yards, because Burrow spreads the ball around so well and has elite weapons in Chase, Higgins, and Boyd.

Any way you cut it – the Bengals are going to be an exciting explosive team and we should all be looking forward to watching them this season, I know I am.