The Sweet Sound of (Media) Silence 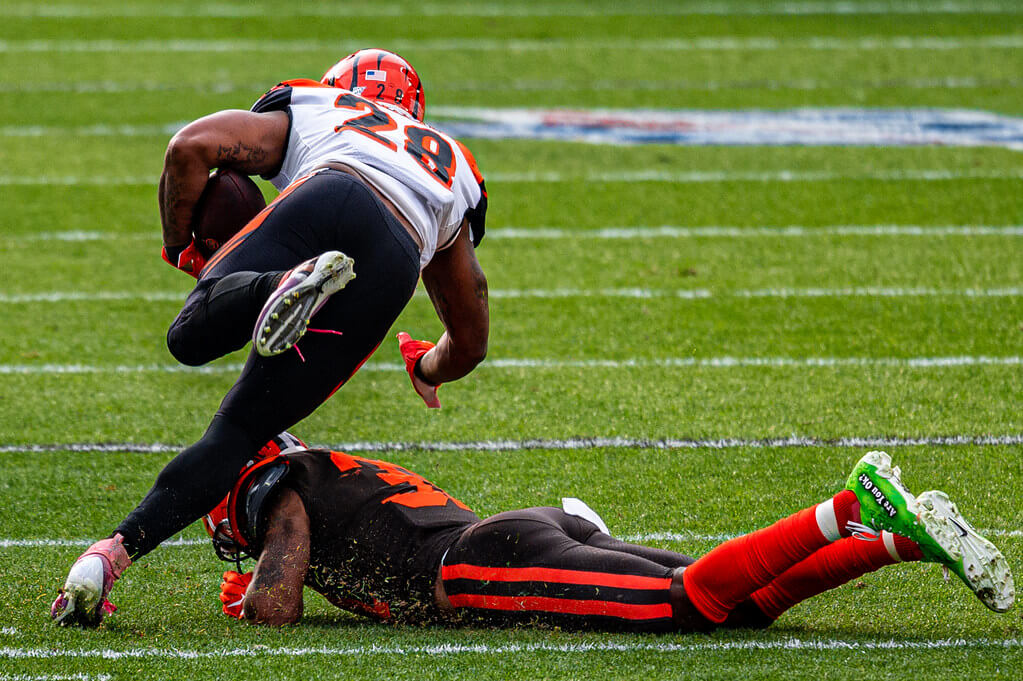 There is no sweeter sound out of an NFL training camp than silence. No trash talking, pad popping or ooh’s and ahh’s from the crowds. Best of all is when there is media silence and that’s exactly what is happening in Cincinnati. Its just a big love fest. Everyone is getting along with minimal drama, and this is Zac Taylors 4th season, so his system and culture is fully installed. Most Bengals fans were doubting Coach Taylor until the Ryan Finley led beatdown of the Steelers on Monday Night Football. That seemed to most fans to be the first sprout of a possible dynasty. It’s now clear that drafting numerous team captains and “team” guys has made this a very close-knit unit.

This silence and lack of drama certainly isn’t the case everywhere.

Look at Cleveland, you have the Watson fiasco and now Kareem Hunt is looking for a trade. Pat McAfee recently declared the Browns dead on arrival for this season. Kevin Stefanski said this was a “normal” training camp and I couldn’t help but think of Naked Gun. The part where Frank Drebin stands outside of the fireworks store with rockets firing off screaming “NOTHING TO SEE HERE!”

Roquan Smith wants a trade out of Chicago, and Detroit Lion players are retiring left and right. This is mostly because Dan Campbell is determined to run the Lions like he’s Bear Bryant in 1952. I can’t wait to see the episode where he tells the players that water is for the weak.

Poor Pittsburgh is trying to figure out which of their three quarterbacks will be able to master the handoff. While Baltimore is still trying to convince themselves that Lamar Jackson can get them to a Super Bowl. The real booger on the nose in Baltimore is that they still haven’t signed Jackson to a massive deal. These deals seem to be the going rate even for QB’s who haven’t been to a conference title game. I have news for Baltimore fans. When Lamar starts the season hot with amazing runs and decent passes, the calls for an extension will grow louder.

Compare this to the peace-n-love fest in Cincinnati. The media has resorted to making up non-stories around the idea that they won’t be able to extend Joe Burrow. Disregarding the fact that they extended Carson Palmer after year three without having to put up a lemonade stand. As a matter of fact, Bengals Genius Twitter just had breaking Bengal news: La’el Collins has been cleared to practice. Let’s not even touch the other great camp non-news, we don’t want to jinx it.

Bengals opened the preseason Friday night at home with a high scoring loss to the Cardinals. There are zero concerns about Joe’s appendectomy, and Bengals fans don’t care if he makes his 1st appearance in full uniform on Sept. 11th at 12:45 PM. He will be ready.

In the meantime, just sit back and enjoy the non-show that is Bengals training camp.  The headlines will begin September 11th.

Que the opening to Sounds of Silence.