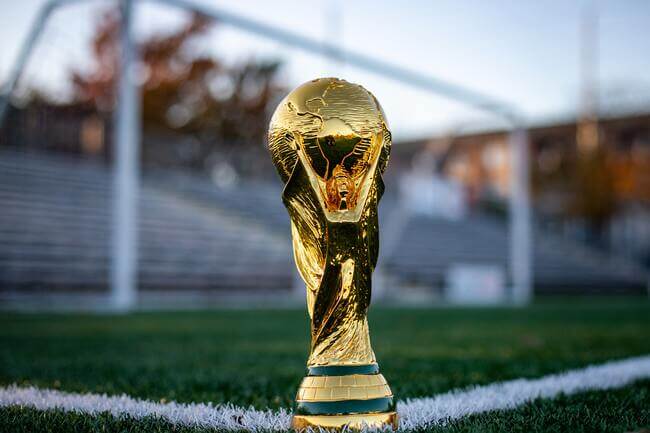 The United States is set to begin its World Cup journey on November 21st against Wales. It will be their first World Cup appearance since 2014. From a betting perspective, the US is exactly middle of the pack for USA World Cup odds. This means that Vegas believe they are one of the top 20 teams competing. Let’s hear it: U-S-A, U-S-A, U-S-A.

Before the US gets started in Qatar, there is a lot to determine roster-wise. Coach Gregg Berhalter will have a difficult decision when it comes to who will be the United States striker. The team had trouble finding the back of the net at times during World Cup qualifying, so this position will be critical for the US.

The United States was placed in Group B in the draw back in April. Their group will include Wales, England, and Iran. It’s not the group of death, but it will present some challenges for the US National Team.

We’ll preview each match and break down what the US had to do to make it to the knockout stage, and advance even further.

The USA-Wales match will be the most critical game in the group. It will likely determine which one of these teams advances to the knockout stage, as each is projected to finish second or third in Group B. New LAFC superstar and former Real Madrid star, Gareth Bale, will give the US the biggest problem in this one. The striker is the biggest threat to find the back of the net for this Welsh team.

On the American side, Sergino Dest will be tasked with stopping Bale. Dest is projected to start as the United States right back in the tournament. Dest plays for one of the top clubs in Italy, AC Milan. He doesn’t start for Milan, but the defender still has plenty of experience against some of the top talents in Europe. Bale, who is one of the best left-footed players in the sport, will do most of his attacking from Dest’s side of the field.

Regardless of the results of each of these teams’ first matches, the US will come into this one as underdogs. England is coming off finishing as runners-up in the Euros last summer, and are hungry to bring home their first major trophy since 1966. The US is going to have to feed off the energy of being counted out. Star USA player Christian Pulisic said he’s counting down the days until they square off with England in Qatar.

The US has a number of players playing in limited action in England’s top-flight league. November 25th will be their chance to earn more minutes for their respective clubs and also to attain American glory.

This will be the most winnable game for the United States during the group stage. Iran is widely projected to finish fourth in Group B. Despite this, Most sportsbooks still don’t have the US at minus money for their final group stage match. FanDuel has the USA World Cup odds set at +110 odds to beat Iran.

Christian Pulisic and Brendon Aaronson will have their chance to shine against the lackluster Iranian defense. It will also be a great opportunity for whoever ends up as the American striker to prove themselves. Jesus Ferreira seems to have the edge in the race. If he ends up with the job, and the US needs 3 points in their last matchup, he could end up having the decisive say on whether or not the US goes through.

The battle for the striker position will be the biggest position battle for the US during the buildup to the World Cup. Ricardo Pepi came up huge with a few goals during World Cup qualifying, and many thought he would hold the position in Qatar. Now he’s just fighting for a roster spot after his subpar club play seems to have lost him the starting position. FC Dallas star Jesus Ferriera appears primed to take it. Ferriera, 21, is fourth in the MLS with 18 goals this season. Both guys were added to the United States nations league roster for September, which may end up being the final telling point for coach Berhalter.

Jordan Pefok is another guy that could get some playing time at the striker position in Qatar. Pefok plays for Union Berlin and is averaging a point through 6 games with the Bundesliga club this year. He was not added to the nations league roster but he’s likely to be among the 26 players headed to Qatar in November.

Berhaltzer’s second biggest decision will be who to put in net. Matt Turner and Zack Steffen will be the two guys competing for this job. Turner was the goalie for much of World Cup qualifying and probably has a slight edge in the competition. Both players are backups for their European football clubs, which means neither will have had much playing time heading into the World Cup. Whoever Berhaltzer ends up deeming most fit to help this team win on November 21, will likely have the job for the rest of the tournament.

The United States will have a lot to prove in this year’s World Cup. They haven’t had much time together as a group due to injuries, so how far they can go remains unknown. If they advance past the group stage they will play a team from Group A in the Round of 16. This group features the Netherlands, Senegal, Ecuador, and Qatar. A second-place finish in the group by the Americans means they will likely have to face the Dutch to begin the knockout stage. It would be a winnable game for the US, but they have to create set pieces and find a reliable goal scorer. If they do, the sky will be the limit for this young team in Qatar.