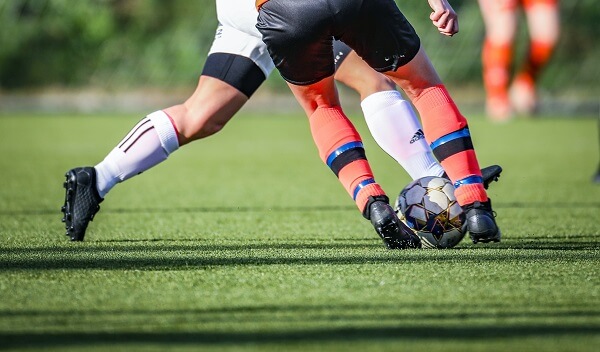 It wasn’t a strong showing from Gregg Berhalter’s side in Friday’s friendly matchup against Japan. The US lost 2-0 and didn’t record a shot on goal for the entire 90 minutes. It was the United States’ second to last tune-up before they head off to Qatar for their first World Cup appearance since 2014.

They’ll have to turn the page quickly. The US will face Saudi Arabia on Tuesday, in what will be the last time we see the United States national team suit up before they face Wales on November 21, from Qatar.

We’ll see Christian Pulisic back in the lineup for the game on Tuesday. He suffered ‘a knock’ in training prior to the Japan game and was forced to miss the match. Berhalter has already said that he and Ricardo Pepi will each be in the starting lineup vs Saudi Arabia. Pepi scored a few big goals for the US team in World Cup qualifying but has since fallen off with his club team. Tuesday’s game against Saudi Arabia might be the 19-year-old’s last chance to prove he deserves a spot on the World Cup roster.

The goalkeeper will be different on Tuesday as well. Matt Turner was sensational in goal against Japan. He made 6 saves, including a couple that were on odd-man rushes. He likely won himself the starting spot in the World Cup. Berhalter should use the matchup against Saudi Arabia as a chance for Evan Horvath and Sean Johnson to compete for the final goalie spot on the World Cup roster, behind Matt Turner and Zack Steffan.

Because of injuries and a scattered World Cup qualifying schedule we didn’t get to see Christian Pulisic, Gio Reyna, and Brendan Aaronson playing together much. The 3 players will be a key part of the future of US soccer. It will be critical that they perform well with each other on Tuesday.

One of the bigger disappointments in the Japan game was the poor performances of midfielders Weston Mckennie and Tyler Adams. The two did not play well together and turned the ball over in dangerous areas. Both of these guys play for top-flight clubs in Europe and are expected to start for the US in the World Cup. They will likely be in the lineup again on Tuesday to get things figured out in the US’ final tune-up game.

Saudi Arabia’s team shouldn’t present much of a challenge for the US team. The Saudis have gone goalless in their last 3 matches, and haven’t scored more than one goal in a game in their last 10. Many of their top players play for the Saudi Arabian club team, Al Hilal SFC, so they will have familiarity with playing with each other.

Firas Al-Buraikan will be the biggest threat to score for this Saudi Arabian team. His odds to score at any point in this game are +280 on FanDuel, which are the best odds among Saudi Arabian players. In 25 matches, Al Buraikan scored 11 goals for his club team in Saudi Arabia last season.

FanDuel has Saudi Arabia in a tie with two other countries for the worst odds to win the World Cup, at +55000. If the US has problems handling the Saudis that would be even more discouraging for fans of the national team than what they saw on Friday against Japan.

Sportsbooks see Saudi Arabia as an underdog in this one. Despite this, the US is barely in minus money to come away with the win. The US likely won’t have their starting goaltender in net which is likely something that’s shifting the odds away from a US victory.

The US will have to play a much sharper match this time around. They gave up too many bad turnovers in their defensive third against Japan. Saudi Arabia represents the perfect opportunity for them to turn things around.

The US will come away with a win in this one. Tyler Adams and Weston Mckennie will finally get on the same page, and the entire team will do a better job of limiting mistakes.

Christian Pulisic will have a solid performance in his return from injury, picking up an assist on the first goal of the game. The first goal will come from Ricardo Pepi, whose goal will help secure him a spot on the World Cup roster.

The second goal will come from Brendan Aaronson. At the beginning of the second half Aaronson will beat the keeper to the left with a nice strike from just inside the 18.

The US will hang on for a 2-0 victory. Evan Horvath and Sean Johnson will keep the clean sheet, splitting time in that order.

It will be a much-needed morale booster for the US team. Their play on Friday suggested that they were not ready for the World Cup. The stars and stripes will prove otherwise with Tuesday’s performance.