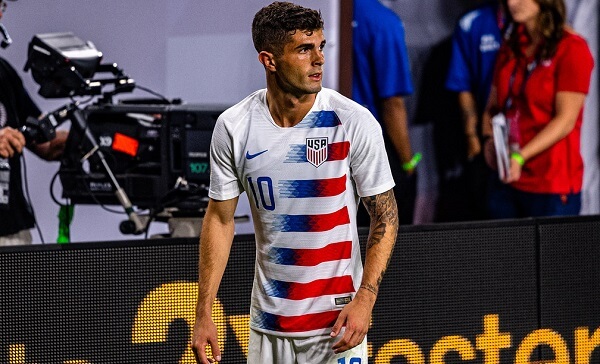 The United States Men’s National Team (USMNT) is set to play their first World Cup game in eight years. It will be a completely different team than the one from eight years ago. Of the 26 players named to the roster, only one participated in the 2014 World Cup. The team, headlined by European topflight players such as Christian Pulisic, Weston McKennie, and Gio Reyna, will square off with Wales in their opening match. With the World Ranked #5 England looming in the US’s second group match, it will be critical that the team can come away with three points against Wales. Let’s dive into this USA vs Wales preview and odds.

The US team has struggled recently. They had a disappointing September international window where they lost 2-0 to Japan and tied 0-0 to Saudi Arabia. Alarm bells began to ring, as the USMNT’s concerns at the striker position grew deeper. Ricardo Pepi, who scored some big goals in the World Cup qualifying, was a controversial World Cup roster omission. Coach Greg Berhaltzer has instead decided to place his faith in the hands of Jesus Ferriera and Josh Sargent. It’s unclear which one of these guys will start at the number 9, and it’s likely we won’t find out until kickoff on the 21st.

At an average age of 25.2, the USMNT will be the second youngest team at the World Cup. An inexperienced American squad would usually be given no hope, but this US team has plenty of talent. Dubbed the ‘Golden Generation,’ there have been big expectations for what this squad can do. The team’s clear strength is in the midfield. The likes of Weston McKennie, Tyler Adams, and Yunas Musah will be tasked with carrying the load. The trio was sloppy in the September window which is something the US won’t be able to afford in the World Cup. Weston McKennie will need to provide some insurance on the offensive front in order for them to succeed in Qatar.

There have been rumors swirling around Yunas Musah potentially getting the start at the striker position. They started after a cryptic response from Musah when asked by a reporter if he was training at the position. It is unlikely that Berhalter makes the bold move of starting Musah at the number 9. If Ferreira and Sargent’s struggles become too much it’ll be a move that’s made for the final group stage game.

In terms of substitutes on the US side, if Berhalter isn’t liking what he’s seeing from his striker, that will likely be the first move he makes either at half time or in the second half. Another guy that will likely come on as a substitute is the young Gio Reyna. Reyna just turned 20 and has found the net a couple of times recently with Borussia Dortmund. The youngster isn’t fit enough to play 90 minutes right off the bat but could come on for Brendan Aaronson. Especially, as he looks to create attacking chances on the right side of the field.

Meanwhile the Welsh national team will also be limping into this World Cup. They haven’t won any of their last five matches and have lost in four of them. It will be only the second ever World Cup experience for Wales and their first since 1958. It’s safe to say this is a big deal in the homeland.

Garreth Bale is the team’s star. Bale, 33, is getting up there in age. However, he can still find the back of the net as he proved in the MLS Final earlier this month. Known for being especially productive with his national team, the US defenders will have their hands full trying to stop the forward in their defensive third.

Aaron Ramsey is the other big name on the Wales side. Ramsey plays for Nice, a club in France, and is a key member of his national team’s midfield. Ramsey hasn’t scored for Wales in over a year, but will be trying to change that in Qatar. The midfielder is still a terrific passer and will put a lot of pressure on the US’s back four.

The weakness on the Welsh national team is squad depth. Their starting XI could cause problems on opposing teams. However, if one of their midfielders gets hurt, this team will have a tough time on the offensive attack. They’ll have either Daniel James or Brennan Johnson in reserve while the other starts at the left forward position. Besides that, this team won’t have many key substitutions.

Although Wales has done a lot of losing recently, they’ve been playing against top European clubs in games where they’ve still remained competitive. There’s no doubt that they will represent a big challenge to the US.

Wales has only kept one clean sheet in nine games this year, but they’ve also only been held scoreless once. If the USMNT plans on getting into goal scoring form it’s going to have to start on Monday. This match is critical for each side as they look to earn three points and start the World Cup the right way.

Chances will be scarce in the opening 45 minutes. Both teams will battle the nerves in what will be first World Cup match for every starter. The second half brings a whole new ballgame as Pulisic gets the US on the board first by beating the Welsh goalkeeper, Wayne Hennessy. Bale responds in the 73rd minute after a terrific set piece strike. It’s the 19-year-old Yunus Musah who wins the game in stoppage time sending the US supporters who traveled a long way into a frenzy.

The US gets a crucial three points that puts the team in great position to advance out of Group B. Greg Berhalter’s side provides optimism that they can return to the quarterfinals for the first time since 2002.