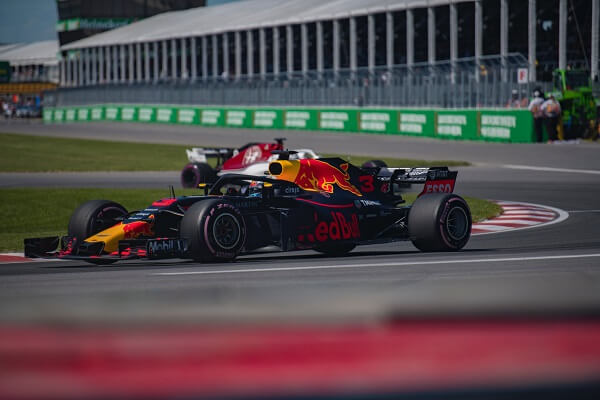 Welcome to Mexico and the Autodromo Hermanos Rodriguez, a 4.304km circuit just outside Mexico City. This circuit produces 71 laps with a lap record of 1:18.741. We’re going to preview this weekend’s race with Mexican Grand Prix odds.

The track was first used in 1963 and ran regularly at the end of the calendar until the mid-80s. It fell out of use when safety concerns and a lack of state funding ended Formula One’s interest. The track made a return in 2015 after safety concerns were addressed and a full renovation completed. It was also brought back as the popularity of Sergio Perez was on the rise. Since 2015, it’s been a Mexican fiesta each October with Formula One and the track hosting one of the best podiums of the season. It also includes an after party that puts Zandvoort to shame, not to mention a fervent home crowd.

Now that both championships have been wrapped up, the racing should be unleashed even further than in Austin. The long straight provides an excellent overtaking position. It will be interesting to see how these new cars work in the thinner air of Mexico City. The three leading teams will still be fighting for the win this weekend.

Mercedes has traditionally run well here but that was when it had the best engine. Since that is not the case anymore, Red Bull have been strong here for the last few years. They will look to exert their dominance once again. Ferrari will be hoping their engines survive the higher altitude and minimal oxygen to mount a challenge for the win. However, their lack of reliability has been exposed many times this season already.

The rest of the field will provide the bedrock of the action this weekend, just like in Austin. Teams are struggling to pierce the top 10 and gain those few points that are worth millions in prize money. Alpine will be looking to bounce back after a difficult weekend in Austin and extend their 6-point advantage over McLaren. Aston Martin will try to continue their good form over the last few race weekends to continue their fight with Alfa Romeo for 6th in the standings.

Expect a good race but not a classic, the Autodromo Hermanos Rodriguez is a tricky circuit to master. A lack of overtaking opportunities make qualifying, and a good race start key to a successful weekend.

Practice 1 was an all-Ferrari affair at the top of the timesheets. Carlos Sainz beat his teammate with a time of 1:20.707, just 0.046 seconds ahead of Charles LeClerc. The rest of the top 6 were close behind the two Ferraris. Both Red Bulls set the exact same time being only a tenth behind, with Lewis only two hundredths behind that and Alonso rounded out a tight top 6.

Some in the paddock believe that the Mercedes could compete for its first win of the season. However, Hamilton downplayed those rumors on Friday with a slow overall time. Four different teams rounded out the top 10, with less than a second between the top 10 drivers. This will make it very difficult to predict how this race will pan out on Sunday.

A few teams used the first session as a young driver test. They gave the younger generation of Formula One drivers a go and gained valuable knowledge in return. The five drivers didn’t have the best of days. Pietro Fittipaldi (Haas) had an engine failure, Liam Lawson (AlphaTauri) stopped on track and saw his brakes catch fire, and De Vries (Mercedes) having a nose cone issue that stopped his session early. None of the five set competitive times, so it’s difficult to judge their outright speed.

The big news to come out of the paddock before Friday’s sessions was the FIA judgement on the cost cap breaches for Aston Martin and Red Bull. Aston Martin were fined $475,000 for a procedural breach and Red Bull $7 million and 10% of wind tunnel time for 1 year. The news reverberated around the paddock, with most teams happy with the sanctions handed out. However, Red Bull was obviously angered by what they describe as ‘draconian’.

Free Practice Two followed the same pattern as last weekend in Austin. A Pirelli Tire Test occupied three quarters of the drivers as they test tires for the 2023 season. George Russell set the fastest time with a 1:19.970, roughly .8 seconds quicker than Sainz P1 time. Tsunoda and Ocon also set competitive times, but they were 0.8 and 1.2 seconds slower respectively.

The rest of the drivers were testing unmarked Pirelli rubber for the extended session. Therefore, it’s difficult to gain any real knowledge on their competitiveness within the session. However, it does allow the drivers to perfect their skills around the track.

There were red flags during the session, with LeClerc losing the back of his Ferrari and slamming into the barrier. LeClerc later claimed that this crash shouldn’t affect the rest of the weekend and hopefully it won’t. However, the destroyed rear of his Ferrari tells a different story, and his engineers will try for a quick turnaround. Not to mention, that his gearbox survived the crash. The second stoppage came at the end of the session, as Zhou Guanyu came grinding to a halt.

The Pirelli Tire Test makes it very tough to pick a winning fantasy team. Limited running develops doubt about performance levels of the teams. Worsening the situation is the 8 teams in the top 10, separated by less than a second, and trying to dissect how that will pan out for the weekend.

The top 3 teams are all in, with a good chance of winning the race. The hometown favorite Sergio Perez is my pick for the win. However, Verstappen won’t be too far behind. The Mercedes have been reliable all season so expect that to continue. However, with both drivers looking quick in practice, it’s difficult to pick between them. Though it’s important to note that Hamilton’s form since the summer break has pushed him slightly ahead of Russell. Ferraris struggles continue with LeClerc damaging his car in FP2. However, a second pole could be in the cards for Sainz, who was fastest in FP1.

Further down the grid, Alonso and Norris will continue their battle for supremacy for themselves and their teams. Both are looking strong this weekend. Bottas in the Alfa Romeo is running well but their consistency has become an issue recently so don’t bet on them. Sebastian Vettel is driving very well during his farewell tour around the world. Vettel is a solid bet for another top 10 result would at the Mexican Autodromo.