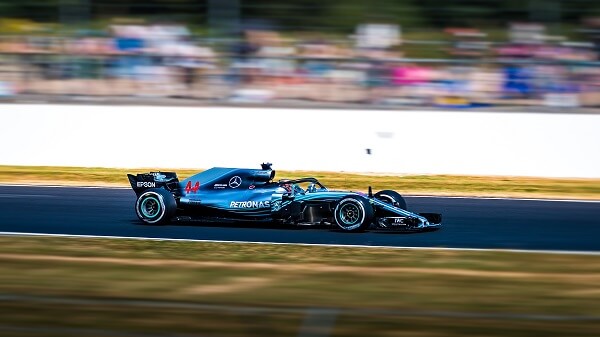 We’re onto the next race in this season of Formula One, let’s dive into this Japanese Grand Prix preview. Formula One moves to Japan this week with a quick turnaround to the Honda Japanese Grand Prix. Following the grueling Singapore Grand Prix, completed just a few days ago, this is a more traditional and flowing circuit. The Suzuka circuit has had many dramatic memories, usually for the Drivers’ Championship. It will always be a special place for Formula One to return to each year. After a three-year hiatus due to Covid-19, Suzuka is gearing up to produce another special race. They will also place another Championship in the record books this weekend. Max Verstappen will join Alain Prost, Michael Schumacher, and Damon Hill as drivers who’ve clinched the title at this track.

Verstappen has an excellent chance of closing the championship this weekend. He only needs to score 8 more points than Ferrari’s Charles LeClerc. He’ll also need to score 6 more points than teammate Sergio Perez, who won last Sunday in Singapore. Verstappen claims he needs the “perfect weekend” to clinch the title in Japan. However, many pundits believe that this circuit will suit Verstappen and another championship is in the cards for the 25-year-old. Couple that with Ferrari’s distinct lack of reliability with its car this season and a history of poor racing decisions. Not to mention question marks over whether Perez can sustain his phenomenal drive from last weekend, it’s easy to see where that belief comes from.

There are other themes this weekend as well. Including the fact that Honda owns the Suzuka circuit. They’d like to see a strong result from all the Red Bull Power Train (RBPT) cars this weekend. Especially with the announcement that Honda branding will return to those cars for the remainder of the season. This is potentially hinting at a full return to the sport in 2023. That’s the positive, the negative for Red Bull is the threat of FIA action on their accounts from last season. This audit still looms over the sport, but the results have been delayed until Monday at the earliest.

Additional title permutations are also riding on a solid weekend from for plenty of teams. Mercedes and Ferrari are fighting for second place, both cars will struggle on the fast and flowing circuit around Suzuka. McLaren and Alpine will resume their fierce battle over fourth place in the Constructors Championship. Alpine is coming off a disastrous weekend in Singapore with a double “Do Not Finish.” McLaren turned the tables on their French counterpart to lead the pair going into the final 5 events of 2022.

Suzuka rarely disappoints. However, it will be interesting to see how this new evolution of Formula One cars reacts to the unique demands in the Land of the Rising Sun. Especially in the traditional overtaking zones and the fearsome 130R corner.

Free Practice 1 was a wash out, with several weather fronts moving over the Suzuka circuit throughout the hour long session. Luckily for the many spectators that turned up on Friday, the teams decided to run their cars for the majority of the session. They started on the full wet weather tires before eventually switching to the intermediates for the end of the session. The circuit limits were tested by nearly all the drivers, with Latifi, Ricciardo and LeClerc exploring the outer edges of the race track.

There was strong running for Alpine in this session, with Alonso heading the field with a time of 1:42.248. He beat the two Ferrari’s of Sainz and LeClerc, with teammate Ocon closing out the top four. The Haas team had a strong, and surprising, session ending in 5th and 7th place with lap times 1-1.5 seconds slower than the leading car of Alonso. However, their session was ruined with Schumacher crashing his Haas and destroying the front end. That would have angered team boss Gunther Steiner on his way back to the pits. McLaren will be happy with their solid running throughout the session but will be hoping for an uptick in pace during the second Practice Session.

Red Bull had a mixed FP1, Verstappen leading Perez but ending the session over a second slower than Alonso. However, they did only complete four laps each compared to the thirteen laps each Ferrari completed. Mercedes also completed a small number of laps, not wanting to waste their wet tires early on in the session. Hamilton led Russell but their times should not be considered representative of their pace. They will look for some stronger running in the second session that should be slightly drier.

The weather is very unpredictable at Suzuka, with dry running forecasted for Saturday but showers for Sunday, it’s difficult to take away much from this session. However, the amount of running that was done within this session suggests that the teams are concerned that it might be another wet race, setting up the potential for an exciting time for the fans.

The second Free Practice was dominated by Mercedes, who ran most of the session, finishing an impressive 1-2. Russell led the charge with a 1:41.935 that put him 0.2 seconds ahead of his team mate. Max Verstappen, bidding to be crowned World Champion this weekend, finished the session in third place, 0.6 seconds behind the Mercedes duo but ahead of his teammate Sergio Perez.

The session was still run on a damp track with the intermediate tire being the preferred tire by all the teams. Several drivers continued to push the limits of the track and explore the outer reaches of the gravel traps dotted around this circuit.

Ferrari had a difficult session, with Charles LeClerc missing a large portion due to a brake issue on his car. Ferrari claimed that the issue still wasn’t completely fixed when he returned to the track. Carlos Sainz had a slightly better session but still finished down in 6th, behind the Haas of Magnussen. Fernando Alonso was 7th in his Alpine, struggling to match the pace from the first session. The second Alpine finished 9th with the Alfa Romeos rounding out the top 10, completing a solid day for the team that should provide optimism going into the rest of the weekend.

McLaren had an up and down session, completing very few laps and not setting any competitive times. This will leave them with a confused feeling going into Qualifying tomorrow. Mick Schumacher was not present for this session having destroyed his car at the end of FP1. His mechanics have a long night ahead of them to be ready to go tomorrow morning.

This weekend will be difficult to predict for a successful weekend due to the unpredictable weather that Suzuka is experiencing. Max Verstappen and Red Bull are sure fire bets to be at the top of the timesheets, but having both of them will limit your flexibility for the other 4 drivers.

Both Ferraris have been solid, if not spectacular this weekend, although both have explored the gravel traps already. Mercedes had a strong FP2 but that is very dependent on the conditions for Sunday so they will be a risk. Alpine have had an excellent weekend so far, although two DNFs could suggest that engine issues are plaguing them going into this weekend. Bottas and Magnussen have showed their hand already this weekend. potentially seeing them jump back into teams this weekend as their experience around this track could provide them an advantage after three years since the last Japanese Grand Prix.