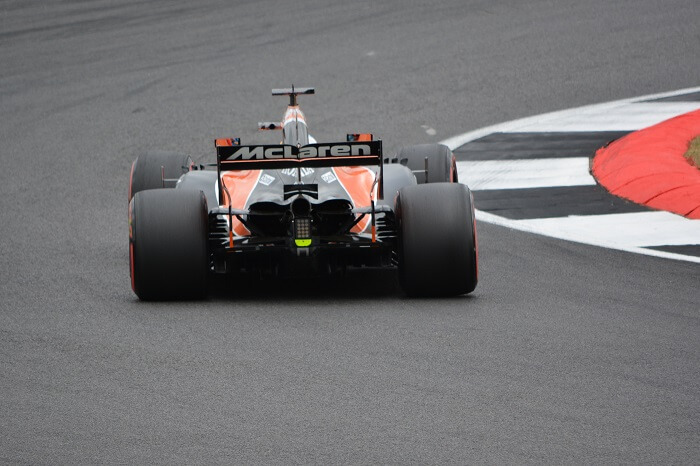 After a 4-week hiatus, formula one is back this weekend with one of the most anticipated races on the calendar, the fearsome Spa-Francorchamps. Corners like Raidillon, Eau Rouge & Blanchimont really push the drivers to their limit and test their nerves handling the fastest cars on the planet. How will the teams respond after the enforced shut down? Will there be any upgrades from the teams? Also, how do the drivers get back on track after their summer holidays? Let’s take a look at all that and more in our full F1 preview – including F1 odds and picks.

The top teams will always be top teams. In that regard, it’s hard to look past Max Verstappen and the Red Bulls. They’ve been in dominant form since the Australian Grand Prix in early April. While they haven’t had the quickest or most reliable car this season, they have used clever strategy calls and pit stops to jump ahead of the other teams. Max Verstappen is the best bet to win this weekend even though Ferrari has the quickest car so far this season. However, Ferrari’s unreliable engine coupled with unorthodox and frankly ridiculous strategy calls on Charles Leclerc have hampered their season, potentially fatally. If the Ferrari team can keep its cars on track and ahead of others, they have a fighting chance at taking the top spot on Sunday.

Mercedes is having an intriguing season, having been very reliable with only one ‘did not finish’ (DNF) all season but with a car that flatters to deceive in performance. A recent turn around in pace has pushed Mercedes closer to the top 2, with double podiums in the last 3 races. After a potential win for Lewis Hamilton at Silverstone was thrown away, the optimism within the team is slowly swelling. Another good weekend is on tap and expect a definite dark horse to score another podium finish. Our money is on Lewis Hamilton – perhaps he’ll get his first win of the season on Sunday.

The best of the rest really falls to two teams, McLaren and Alpine. Both teams have the potential to capitalize on any misfortune that could come ahead of them. They have quick drivers and a rapid package but it isn’t quite quick enough to challenge for top honors. Solid points are required from both teams as they both try to stay ahead of the other in the fight for fourth in the constructor’s championship.

The rest of the pack is a mixed bag, with major improvements needed from Aston Martin, Alpha Tauri & Alfa Romeo to resurrect a struggling campaign. All these teams have the basis, but the initiative needs to be taken in Friday’s practice to have a chance at a solid weekend. The fight to break into the midfield is fierce and don’t expect Haas’ early good form to return at Spa. Williams will continue to prop up the field with their aerodynamically deficient car and weak drivers.

More will be learnt after the Friday practice sessions, paired with an updated weather forecast can lead to further insights into how the weekend will pan out. What is certain at this stage is that the drivers are in for a stiff test after their holidays.

First day back on the track for the drivers and Spa has already thrown a curveball, weather! The hills around the Ardennes Forest were surrounded by clouds and intermittent rain that led to surprising Free Practice results.

Topping the time sheets, was Max Verstappen and a dominating day wouldn’t be overshadowed by the weather or the impending grid penalty for Sunday. Verstappen was only third in Practice 1, by only 0.2 seconds to Carlos Sainz in the Ferrari. However, he managed to lead by 0.8 secs to his championship rival Charles LeClerc by the end of Practice 2. Charles still put in a solid day’s work, with 37 laps over two sessions and finishing second in both. He is still a strong contender for the race win despite his grid penalty. Anyone looking for an upset to the status quo, there is hope, but Mercedes has much of work to do. Both cars struggled in the colder, damp conditions. They will be hoping that the forecasted sunshine and mid 80s conditions hold true on Sunday afternoon.

For the rest, well Lance Stroll could be on for his best result of his season with his strong pace on Friday if he can maintain it throughout the weekend, something he has struggled with all season. Lando Norris would have been another dark horse for a result, but his grid penalty will push him to the back of the grid. Carlos Sainz, George Russell, and Sergio Perez will make up some places with those penalties ahead of them. Pick one of them, plus Lewis Hamilton, for the race win as a great value bet. However, don’t count out Verstappen or LeClerc if the race stays dry.

Fantasy teams will be struggling to find a balance this race with all the grid penalties at the front. Mercedes (34.2m) has been reliable all season so picking them as a team would be smart, but their price tag leaves little room elsewhere. Ferrari (25.8m) would provide most flexibility with your driver lineup.

Your lead driver will probably be between LeClerc (18.4m) or Verstappen (30.4). Max is the points leader and an obvious choice, even with his penalty, and should score solid points this weekend. LeClerc has a similar outlook, but is significantly less in budget, so picking between the two will be tricky. Norris (15.9m), Perez (17.9m) and Russell (23.8m) are good options for strong points finishes. Alonso (12.7m) and Vettel (11.8m) are solid too, but reliability is always an issue with the Alpines & Aston Martin. The Haas drivers, Schumacher (6.3m) & Magnussen (6.1m) are excellent budget options for the final spot on your roster.

Well, Max did it. No number of penalties would stop the Dutch star this weekend. He carved his way through the field to lead the pack by lap 12 and ended up cruising to victory. He won by 17 seconds to his teammate Sergio Perez. Verstappen extended his championship lead and put in a dominant performance across the entire weekend. He struck a severe blow to the rest of the championship contenders.

Perez did well after a disastrous start where he was overtaken by Hamilton, Alonso, and Russell, dropping down to 5th. However, after Lewis collided with Alonso, giving Lewis his first DNF of the season, and a quick overtake on Russell after the safety car ended, Perez did well to maintain his second place until the end.

Carlos Sainz made up the final step on the podium. He struggled to maintain his race pace and was quickly overtaken by the flying Red Bull pair. His pace continued to drop, which should be a major concern for Ferrari. He was even under threat from the onrushing George Russell in the final laps of the race.

Russell had another strong race with another top 5 finish and a comeback drive from what was a poor Saturday for Mercedes. Leclerc should have rounded out the top 5 but a late pit stop to try and set the fastest lap lost him his position. Trying to steal a point from Verstappen allowed Alonso to pass him. Alonso looked to have sealed the position, but a penalty for speeding in the pit lane during the cool down lap resulted in a 5 second penalty that saw Alonso promoted back up to fifth. It capped a miserable race day for Ferrari.

The rest of the field made it an interesting race with multiple tire strategies and overtakes to keep things exciting. Pierre Gasly had a strong showing into the top 10. While Alex Albon managed to cling to his 10th place long enough to cross the line and gain a valuable point for Williams.

The top team of the weekend garnered a massive 249 points. The team consisted of; Sainz, Perez, Albon, Verstappen, and Magnussen.

Ferrari (41 Points) were the next top team and Carlos Sainz (31 points) the third top scoring driver.

Luckily for Ferrari and Hamilton, the next race is just around the corner with the F1 circus heading to the Netherlands this weekend for the middle leg of the triple header. Zandvoort is a completely different track to Spa. It’s a tight and twisty track located near the beach where qualifying will be paramount to success.

Look for another dominating performance from Red Bull with the hope of a Ferrari resurgence at Verstappen’s home race.