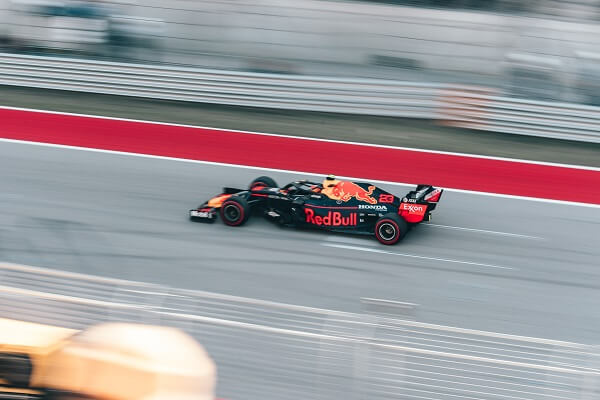 Welcome to the second Grand Prix in the United States in 2022. This is a full USA Grand Prix preview with the best odds and Formula 1 Fantasy tips. The first USA Grand Prix in Miami was a modest success considering it was the first go at it. However, the Circuit of the Americas, located outside Austin Texas, is a different prospect completely.

This is a true racing circuit, specifically designed with inspirations from famous corners around the world, creating a difficult test for the drivers. The circuit is 5.513km long with 20 corners and a lap record of 1:36.169, set by Charles LeClerc in 2019. Circuit of the Americas first hosted a Grand Prix in 2012 to a packed crowd of over 100,000 people. It has been popular ever since, especially as it’s located close to the city of Austin “Americas coolest city”.

Last year’s race was a fantastic duel between the Championship rivals, Hamilton, and Verstappen. It finished with Verstappen holding position on the final lap as Hamilton pushed on fresh rubber but couldn’t make a move. This track also saw Kimi Raikkonen’s final Formula One victory in 2018. Not to mention Hamilton taking the win on the first running at this circuit in 2012. Hopefully this season’s edition will live up to previous and we see a fight all the way through the field.

Red Bull will still be the team to beat fresh off wrapping up the Drivers Title for Verstappen. They will want to make it a double and take the constructors crown too. Ferrari must outscore Red Bull by 19 points to delay their second party for another week.

Ferrari and Mercedes should be able to make them sweat this weekend though, with Mercedes bringing their final upgrade of 2022 to the table. The big battle of the weekend will be for second place in the Drivers’ standings between Perez and LeClerc. There is only 1 point separating the pair and it’s not what they want to be fighting for. However, a strong finish will lead to a positive start in 2023. Additionally, Sainz and Russell will also be locked in as they try to secure Fourth in the drivers’ championship. There are only 5 points separating those two going into this race.

The other fight continues to be between McLaren and Alpine for fourth in the constructor’s championship. This battle continues to seesaw between the two teams. In Japan, Alpine had a strong showing to jump back ahead of McLaren by 13 points. It will be interesting to see who can maximize their chances on the track for this race. Further down the grid, Alpha Tauri and Aston Martin are looking to end their seasons with some points to boost their team spirit going into the winter break. Along with Williams, Alfa Romeo and Haas are battling to avoid being the 10th constructor for the 2022 championship.

Following his official win of this years Drivers Cup Championship, Verstappen remains the favorite going into the weekend. From a betting perspective, it’s important to shop around and look at different sportsbooks to find the best USA Grand Prix odds.

Ferrari dominated the first session with Carlos Sainz setting the pace with a 1:36.857. That time was nearly a quarter of a second ahead of newly crowned World Champion Max Verstappen. Lewis Hamilton was a distant third, just under half a second back. His Mercedes was sporting upgrades that do not appear to have enough of an effect.

The first practice session of the weekend had a youthful feel to it. There were four young drivers testing out Formula One machinery for the first time. The teams were completing their obligation towards the younger generation of drivers. Shwartzman (Ferrari), Palou (McLaren), Pourchaire (Alfa Romeo) and Sargeant (Williams) all completed a lifelong dream of driving a Formula One car and all performed well, demonstrating that the future of the sport looks bright. Shwartzman was the fastest of the quartet, posting a time that was 2 seconds off the pace.

Lance Stroll was fourth in an impressive display for Aston Martins continued revival since the summer break. He was only 0.603 seconds behind the leading Ferrari but ahead of a Red Bull and a Mercedes. Perez was only a few hundredths behind Stroll but a long walk back from his teammate. George Russell had a disappointing first practice, half a second behind his teammate and nearly a second behind the Ferrari of Carlos Sainz. He clearly needs to improve moving into FP2 and beyond.

The battle between McLaren and Alpine continues this weekend. Alpine showed a strong hand on Friday with both drivers displaying solid pace both in the short and long term. The sole McLaren of Lando Norris was a full second behind Sainz but managed to split the Alpines in FP1. They will be hoping for a stronger performance through the rest of the weekend.

The second Free Practice featured a longer running time to accommodate a Pirelli tyre test that tested new compounds for the 2023 season. During this test, drivers are unable to make setup changes and performed running plans that have been set by Pirelli as they prepare for next year’s season.

Several drivers were allowed to complete a normal Free Practice session for 30 minutes as they did not compete in the first Practice session. Charles LeClerc backed up his teammate’s performance from the first session by topping the timesheets. However, only a fraction ahead of Sainz’ time.

Bottas and Ricciardo also had strong sessions, completing the top 3 and achieving lap times that were under a second behind the Ferrari. Magnussen and Latifi also had a free 30 minutes at the beginning of the session but were unimpressive compared to those completing the Pirelli tyre test.

With this session lost to most of the grid to Pirelli’s wishes and new compounds for 2023, plenty of emphasis will be on the final practice session before qualifying tomorrow afternoon.

Ferrari set the pace on Friday, but the Red Bulls are not that far behind. Additionally, the penalties are once again looming over the Italian team. Nothing is confirmed yet, but team officials have said that new parts are “likely” for both drivers. Sergio Perez and Zhou Guanyu will also take a 5-place penalty each due to their engine infringements over the season.

This makes crafting a winning fantasy team this week quite challenging, especially with the limited running in FP2. Both Ferraris and Red Bulls look strong this weekend. However, waiting for the penalties to be applied will make it challenging as to who you pick.

Mercedes is a solid choice but is expensive compared to the cheaper options in the teams just below that level. Considering the fantasy prices of all drivers hiked considerably since Italy, picking a Turbo Driver that can achieve a decent haul of points is tricky. Carlos Sainz presents the only option from the top 3 teams, but the penalty will drop him down the grid. Lando Norris or Fernando Alonso could be good options for that slot, as well as Vettel and Gasly as outsiders.