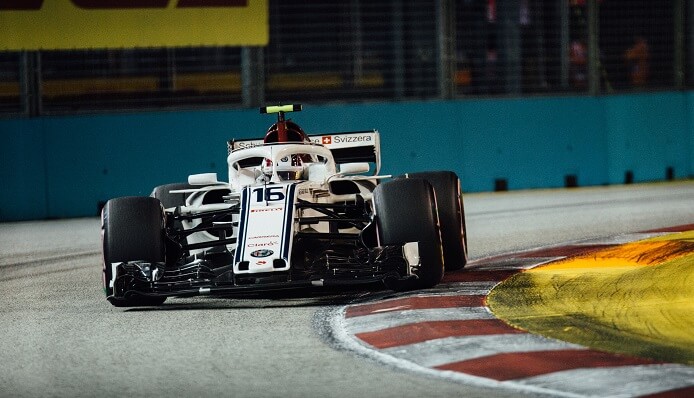 Welcome to the final installment of the 2022 F1 season, the Abu Dhabi Grand Prix, from the Yas Marina Circuit. The circuit is relatively new, hosting its first race in 2009. However, it’s since been the closing race of the season whilst also being the first day-night race in the sport.

Check back all weekend for regular updates and the best Abu Dhabi Grand Prix odds.

The circuit has seen several champions crowned there, 2021 being the most recent and controversial Championship decider since the 1990s. However, it doesn’t always produce spectacular races, so let’s see how these new cars tackle the Yas Marina Circuit. While the main trophies have already been handed out, there is plenty of racing still to be driven to decide key battles up and down the grid.

The biggest fight on the grid is for second place. That is second place in the Drivers and Constructors championships. The previous race in Brazil left Charles LeClerc and Sergio Perez locked on 290 points going into the final round. LeClerc is currently ahead on race wins, and whoever finishes ahead on the road will be second in the standings. The Constructors Championship is not quite as close, with Ferrari leading Mercedes by 19 points. However, the 1-2 in Brazil for Mercedes proved to the grid that the Silver Arrows have finally mastered their car. They are also slightly ahead of Ferrari in performance and reliability; so be prepared for a close battle this weekend.

Elsewhere in the Constructors standings, every other position is up for grabs as teams are super close throughout the grid. The one that will garner the most attention is the battle for 4th place between Alpine and McLaren. They have been seesawing positions all season. This is also the battle with the biggest points differential at 19 points, a tall order for McLaren to overhaul after their double DNF in Brazil.

The final race of an amazing career is here for Sebastian Vettel. After 299 races and four World Championships, the German is hanging up his race suit. He burst onto the scene in 2006 as a Red Bull junior driver, winning Toro Rosso’s first race in Monza in 2008. He dominated the sport between 2009 and 2013. He finally emulated his hero Michael Schumacher by donning the red of Ferrari. Vettel will go down as one of the greats, not only on the track but off it as well.

As the sport loses one of its best ambassadors we say, Danke Seb.

After Mercedes’ phenomenal performance last week, the team will be confident of a similar result here in Abu Dhabi. They appear to have fixed their issues surrounding the design of their car and are maximizing its current performance. Do not count out the other two top teams though, Red Bull are Constructor’s Champions this year and have consistently proven to possess the fastest car on pretty much any track. They have also won here the previous two installments.

Ferrari still believe they have a very quick race car, despite the previous rounds not showing that same pace. They recovered well to finish 3rd and 4th last week after LeClerc was in the barrier on lap 4 but were a fair distance away from Mercedes and Red Bull on pure pace. The longer straights and twisty middle section will favor Red Bull overall though. There is no reason other than a failure that will deny Max Verstappen of a record 15th win this season.

The first practice session of the weekend continued in the same vein as last week in Brazil. Lewis Hamilton topped the field above his teammate George Russell. The German team looked fast right out of the box. However, the Ferrari of Charles LeClerc was only a quarter of a second back from the leading Mercedes. There was cautious optimism for the weekend in the Mercedes garage. Sergio Perez completed the session fourth, 0.334 seconds behind the Mercedes and rounded out the main contenders for the weekend.

The session was dominated by the influx of young drivers. They were there to take advantage of upgraded technology and the last opportunity of the season. Liam Lawson impressed in the Red Bull, coming in just two tenths behind Sergio Perez. Also, Robert Shwartzman finishing the session half a second behind Charles LeClerc. The other notable young driver was Logan Sargeant who is still trying to get on the grid next season. He racked up an impressive 100km of track time to add points onto his Super License.

While this session was impressive for Mercedes, the times are not representative as the conditions are nothing like conditions for Qualifying or the Race.

The second Free Practice session saw Max Verstappen return to the top of the timesheets with a time of 1:29.146. He beat George Russell by 0.341 seconds and 0.453 seconds to Charles LeClerc. It was a dominant performance from the Dutch star in the session that most represents conditions in Qualifying and the Race. It provided an ominous reminder for the grid that Red Bull still have the quickest car.

Mercedes had issues with traffic on their quick runs, however they’re still positive that they can repeat last week’s 1-2. At the very least they can get two cars on the podium and secure second in the Constructors Championship. Ferrari continue to have their issues and struggled for pace throughout the session, finishing 3rd and 6th. The team tried to find a set up that would work on the flowing Yas Marina circuit.

Alpine continued to show strong pace and showed why they are ‘best of the rest’. They placed 7th just ahead of the McLaren of Daniel Ricciardo in 8th. Valtteri Bottas rounded out the top 10 but was over a second behind Verstappen.

The final weekend of Formula One Fantasy is here and is even murkier than ever. Considering a resurgent Mercedes and a failing Ferrari, it means there is only one sure thing. Max Verstappen and Red Bull are the sure things for your team, the rest is a toss-up. Of course, affording both is very difficult so deciding on one will be key. Mercedes’ strong performance last weekend and reliability throughout the season make them my team of choice and they are very affordable at $33.1 million.

On the driver front, either a Mercedes or Red Bull driver is a great bet at scoring some good points this weekend. Fernando Alonso and Sebastian Vettel will provide the experience and good value per point in their recent performances.

The final race of the 2022 Formula One season should be an intriguing one. The race is starting during sunset and finishing under the sparkling lights of Yas Marina. There is a little extra juice with some key battles still to be had up and down the grid.

We will also be saying goodbye to some big personalities this weekend. Sebastian Vettel is hanging up his gloves and Danial Ricciardo is dropping down to reserve driver. The grid will have lost two phenomenal racers from the last ten years.

The hope is that the race can excite us as much as last week in Brazil. However, the short history of this track leaves much to be desired. It will be interesting to see who comes out on top between Red Bull and Mercedes for the race win. We’ll also see if Verstappen and Hamilton can race cleanly this week.