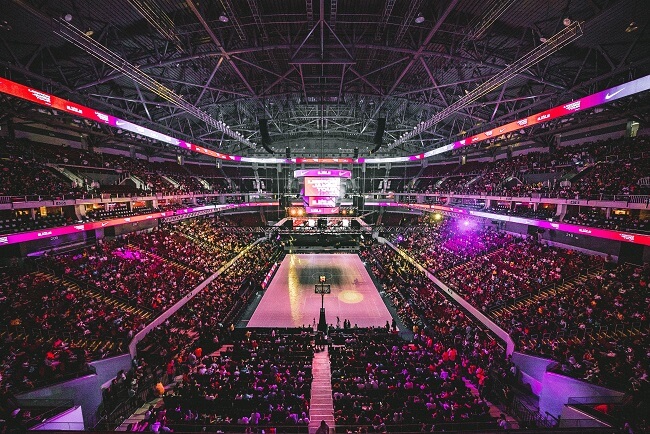 The WNBA playoffs continue tonight with a couple of huge game 4’s. Both series could be wrapped tonight if the traveling teams can close out on the road. The action tips off at 8pm EST, but for now get ready with our full game preview and Wicked Wagers.

The Chicago Sky have a chance to close out the Connecticut Sun tonight in Game 4 of their series. They’ll be looking to punch their ticket to a second straight WNBA Finals. Reigning league MVP Jonquel Jones and the Sun will try to force a Game 5 but will need to play better to do so. Candace Parker has had an incredible series and is playing some of the best ball of her career. Both teams have been very good on the defensive end of the floor. This series has been a slug fest, and tonight will be no different. However, the slugging will come from an unfamiliar place: the offense.

The line tonight is a close one, with BetRivers listing the Sun as 1-point favorites, with a total of 161.5. Each game of this series has seen the total go no higher than 162.  While the regular season featured a lot of points between these 2 teams. In a series full of unders, tonight is where the over comes. Connecticut won’t be able to rely on their dominance on the inside and stout defense tonight. They will need to shoot the ball better than they have, despite controlling the boards in the first three games. Their perimeter players need to step up, and the Sun will need to hit 35%+ from deep to prevail tonight.

My favorite play on this total is not on the full game, but on the first quarter. In the first three games of this series, we have seen the 1Q scoring trending up night on night. Expect this trend to continue tonight. While no 1Q total has hit 41 yet, tonight is the night. BetRivers has this 1Q total set at 40.5, and I’m playing the over.

I’m also on Candace Parker and her points prop tonight. The line is set at 17.5 and has a plus money number behind it (+105). The plus money number is what seals the deal on this Wicked Wager. Parker has eclipsed this number in all but one matchup this season against the Sun. In the lone game that she didn’t, she still managed to get to 16 points. The sample size is big enough to know that it’s more likely than not that she gets to 18 tonight, and I’m putting my money where my mouth is.

The last wicked wager on this game is the Sun in the first half. This is a must win game. While Chicago might have too much talent for the Sun to contain over the full game, expect them to go into halftime with a lead. This bet also gives us plus money action, with the Sun -1 set at +105. The moneyline is a pick ‘em, so take the home team in a coin flip with the pressure on them.

Game 3 was one of the wildest and best endings to a basketball game fans have ever seen. The game was back and forth, big shot after big shot. Jackie Young scored as time expired after a huge Sue Bird 3-pointer to force OT. The Aces were finally able to pull away for a big road win, going up 2-1 in this best of 5 series. Both teams have elite talent, the Aces are just slightly deeper. Not to mention, A’ja Wilson looks determined to get to the finals this year.

The line tonight reflects how close this series has been. The home Storm is favored by 1, with a game total of 166. Two of the three games in this series have gone under this total. Seattle is going to have to buckle down defensively tonight. They’ll have to take advantage of their size in the post and slow down Wilson to pull off a win. All those factors play into my Wicked Wager on the under. They have essentially split this total of 166 in their games this year. Considering the magnitude of the game, and Vegas’s tendency to let down after a big spot, leads to the under. Don’t go any lower than 166, but I recommend moving this line to include the hook at 166.5. It’s worth paying the juice to keep 166 in play.

BetRivers is again giving us plus money juice in some good spots, this time in the first quarter. The Storm -1 is listed at +110. Seattle has won the 1Q in two of three games in this series, and they will do so again tonight with their back against the wall. I’m playing this as my favorite Wicked Wager tonight. Seattle can’t come out flat and expect to continue their season. I’m also all over the first quarter over 41.5 points. Both teams getting at least 20 points is low hanging fruit with as much talent as is on the floor. I’m banking on that talent to carry the first quarter total over.

As this game progresses, it will tighten up, but shots are going to fly from the tip as these two teams try and lay a knockout punch early.