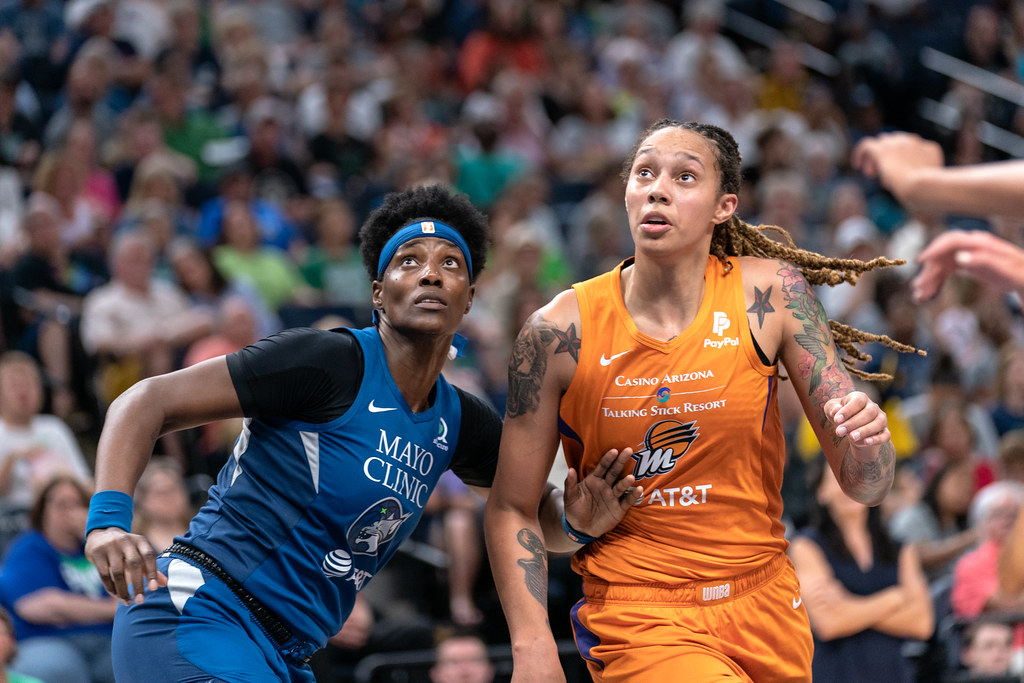 We’ve officially made it. The regular season ends today, and every team is in action. The playoff picture will be decided today, and there are some excellent games on tap.

The #1 seed is on the line today, as well as the final two playoff positions. There are two games on the slate that are also auto-bets for me, which I’ll explain below. I suggest discipline with the big slate today, as it’s easy to diversify your bets too much with these many games.

Let’s focus on just a few value plays today to cash tickets and make some money.

Connecticut is locked into the 3 seed. They take on a Lynx team that needs a win and a loss from the Mercury to even have a shot at the playoffs. That’s a tough task because the Sun are the real deal.

The Mercury are a shell of themselves and up against the Sky today who have something to play for. With a loss, this is probably the last time we see all time great Sylvia Fowles on the basketball court. We’re rooting for her to have a monster game and go out on a high note regardless of the result of the game. Fowles is a legend and deserves all the accolades that come her way.

This line has moved quite a bit. It opened in double digits and has backed down all the way to -7 in favor of the Sun. Given that Connecticut cannot improve their seeding today, it’s going to be interesting to see how they play this one. So far, there haven’t been any reports of key players missing today’s game. However, it’s still early and we could see them giving some rest before the playoffs to key players.

That being said, expect them to give their fans what they came to see in the regular season finale. Connecticut has won both previous matchups, and if everyone plays, and gets a full run, they will dominate the Lynx. The Sun are more talented top to bottom than the Lynx, but I don’t like the full game line. The Lynx is going to be playing with desperation today, and a backdoor cover of that 7 is very possible. Especially possible if the Sun take their foot off the gas in the second half. I’m back to my favorite bet in this game and will be going after the first quarter line.

Currently, BetRivers is giving us the Sun -2 (-117), in the first quarter. That’s a great line. The Sun are 12-5 this year at home and have dominated the first quarter in both matchups between these teams. This feels like the lock bet in the game, and that’s where I’m putting my money.

Expect the Sun to set the tone early against a Lynx team that struggles to score the ball.

These teams played on Friday night, with New York taking the victory. The Liberty put themselves in a tie for 7th place, and a position where if they win today, they’re in. The Dream were without key starter Tiffany Hayes in the last matchup, and it remains TBD if she’ll play today. Her absence was not injury related so if she can play, she will. The Dream will need all the help they can get on the road today against this feisty New York team.

This game opened with New York favored by 1 and has climbed all the way to -4.5 on BetRivers. The jump in the line tells me two things: first, money is coming in on NY and pushing this number and second, Hayes is trending towards not playing. Whether she plays or not, the Dream aren’t going to be able to get it done today. Losers of 2 of the 3 matchups so far this year, they haven’t matched up with NY well. If Hayes is in fact ruled out before the 2pm tip, this 4.5-point number doesn’t scare me, and I’m laying the points with New York.

The best play right now, whether Hayes plays or not, is the first quarter. I love isolating quarters in basketball, especially when there is a trend to follow. New York has won all three 1Q’s so far this season against the Dream, and they do it again today. BetRivers is offering the Liberty at -1 (-121) and -1.5 (-107). New York would have covered a 2-point line in all three games, so I’m playing the -1.5 for less juice. The Liberty will set the tone early as they look to lock in the 7th seed in the playoff picture.

I have a hard time trusting the Liberty over the course of a full game and think this one will be close if Hayes plays, so play the 1Q line and keep an eye on the injury reports throughout the morning.

This is going to be one hell of a game today and offers the best of what the WNBA has to offer. Both teams are legit title contenders, and the Aces have the #1 seed on the line today. A victory today will help the Aces wrap up the #1 seed in the playoffs and secure home court throughout. That would be huge for a team that has dominated on their home court this season. They couldn’t get a tougher matchup though, as the Storm are playing really good ball right now and are hitting their stride at the right time. Basketball is a game of continuity and flow, and those are clicking for the Storm right now. The Aces have won 2 out of 3 against Seattle this year, including the last game in which they jumped out on the Storm and never looked back.

BetRivers has this line higher than I would have expected, with the Aces laying 6 points at home, and a total of 167.5. That’s a lot of points, but 2 of the 3 games between these teams have gone over that total. Both teams are playing well and scoring the basketball down the final stretch of the season. Seattle has been shooting at a very high percentage and dismantled the Chicago Sky earlier this week.

It’s important to note that the Aces will be without a key player today, as Dearica Hamby will be out. She’s a big piece of what the Aces do, and they are going to miss her 9 points and 7 rebounds a game. Her absence also shortens the Aces bench and puts more pressure on a second unit that has not performed well over the course of the season. The Aces could very well take this game by double digits today if they shoot the 3 well. Vegas leads the league in points per game and 3’s per game but are up against the best defensive team in the league and will be outmatched inside the arc. I like what BetRivers does, with allowing us to move the line, which is exactly what I’m doing. I can move the line to Seattle +6.5, and only give up 9 cents on the juice. I think this game is close.

Seattle is hitting their stride at the right time and are going to want to put the league on notice today in this game. I won’t go as far as saying they will win, but I like them to keep this game close and cover a 6.5. Player props aren’t out yet, but I’m going to be looking for Jackie Young’s points prop. She’s been lights out the past 2 games, and if her points are 15.5 or lower, I’m taking the over. Seattle is great defensively, but Vegas moves the ball side to side and inside out extremely well. The extra pass is going to be their friend today, and I like Young to knock down her shots today.

The rest of todays slate is filled with chances to bet against terrible teams, or teams that are shorthanded who’s luck has run out. The Mystics play the Fever today, and that’s going to be a complete blowout. Washington probably gives Delle-Donne some rest today. Whether it’s the whole game or shuts her down at halftime, it won’t matter. The Fever are terrible, and there is zero concern laying 10.5 with the Mystics.

The Dallas Wings are on the road against the LA Sparks, who are also terrible. Eliminated from the playoffs, no one knows who is going to be on the court for them today, so I’m laying the 4.5 with Dallas. Expect them to blow the Sparks out. The other game that feels like a simple play, are the Sky on the road in Phoenix. Phoenix is again without their starting backcourt and facing one of the best teams in the league who has something to play for. This is an easy spot to lay 6.5 with the Sky and expect them to win by double digits.

Tail Matt’s Wicked Parlay Risk-Free with Caesars, if you win, you’ll win a BAG. If you lose, no worries, get your money back and try another bet. Claim Now!