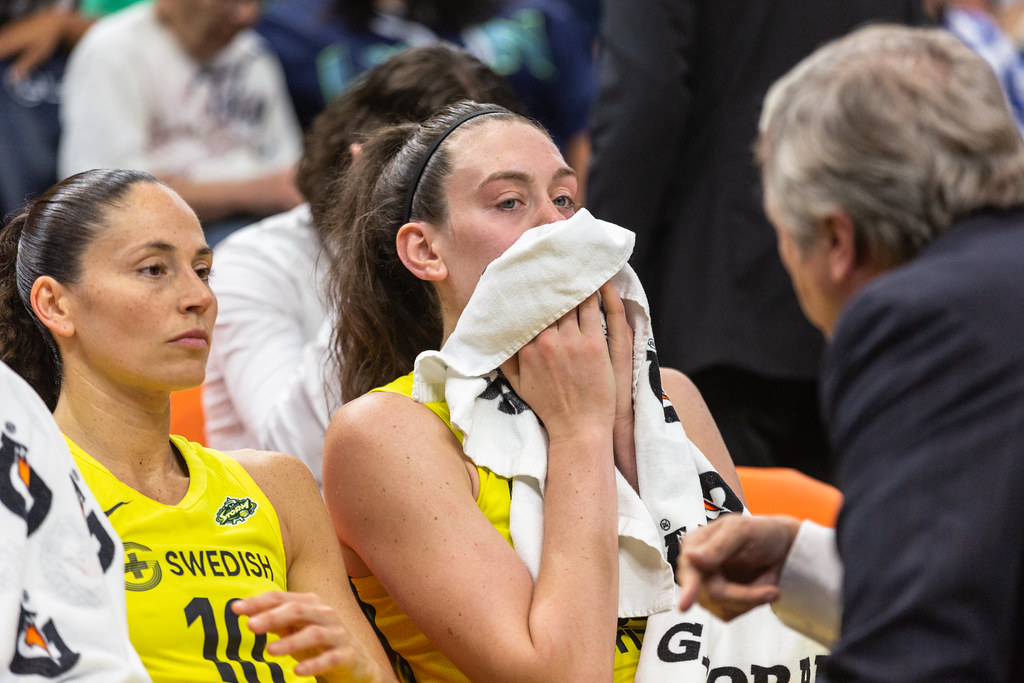 There are only two game days left in the regular season, and there’s still playoff positions on the line. The Las Vegas Aces took over the #1 seed in the playoff picture after an impressive win against the Chicago Sky last night. Who claims that #1 spot will ultimately be sorted out on Sunday. The Connecticut Sun is basically locked into the 3 spot (a lot would need to happen to change that). While Seattle and Washington are both locked into either a 4 or 5 seed. Dallas was able to clinch the 6th spot earlier this week, leaving 4 teams fighting for the last 2 playoff positions. All 4 of those teams are 14-20 on the season.

There are four games on the slate tonight, and exciting opportunities all over the board to get on my Wicked Wagers.

New York and Atlanta are right in the thick of things, trying to make a late season playoff push. It’s strange how the schedule worked out, because these teams play again Sunday, and both these games are must win. There is a chance that if they split the two, both could get in. However, Minnesota is going to have something to say about that.

Tonight’s line is basically a coin flip. New York is favored by 1.5, with their moneyline set at -124. The Dream, at home, are +102 to win outright. The close spread and tight moneyline says the books expect this to be a close game in a high-pressure environment. The total for tonight currently sits at 160.5. All of those are available on BetRivers. These teams have split their season series to this point, with both road teams taking the W.

Both games would have gone over tonight’s total of 160.5, and that’s where we find my first Wicked Wager. I love the over here. Neither of these teams play great defense, and they both like to shoot the ball and push the pace. Atlanta ranks 3rd in the league in pace of play. However, New York has also shown that they can keep up when the other team is scoring. These teams also both rank in the Top 5 in 3 point % per game, and tonight we’ll see a lot of shots from deep. Both teams give up over 80 points per game. Although Tiffany Hayes will be out for Atlanta, they can still get enough points to propel this total over 160.5.

Tiffany Hayes absence tonight is going to have an impact on the outcome of the game. Considering that Sabrina Ionescu has been on fire as of late, my second Wicked Wager of the game is the first quarter. New York will cover a -1 spread, which is available right now at plus money. New York has won both first quarters against the Dream this year, and Atlanta is down a key starter.

Look for New York to jump out early, and 3 pointers to fly tonight.

This game is going to be interesting, and you’ll need to monitor line-ups until tip off. Seattle doesn’t really have anything to play for, as they are locked into either the 4 or the 5. Their last game really started to show this team coming together with the late season addition of Tina Charles. Seattle is going to want to continue to build on that momentum, so they likely won’t rest their players. Minnesota is going to be hoping for the opposite. The Lynx has a tough game on Sunday on the road at Connecticut and could sure use a win tonight.

The bottom line here, is that Seattle is a far better team that Minnesota. They have won all three of the previous matchups this season, with only the game in Minnesota being close. The Storm is deeper, and more talented, and if everyone plays then Seattle will control this game from the tip.

The books seem undecided about this game because the line is very short. If there was no hesitation, this line is easily 4.5 or better in favor of Seattle. However, tonight they are only favored by 1.5 right now, with a total set at 164.5. Two of the three games this year have gone over that total of 164.5, with the under coming in Minnesota. That’s where I’m leaning tonight. If everyone plays for Seattle, I like this under, and if late news comes out that players are resting, well I love it. Neither of these teams play fast, ranking 8th and 9th in pace of play this season. Both are efficient on the offensive end, but neither run and gun as a general style of play.

This is a must win game for Minnesota, and they’ll slow the game down. Expect them to pound the rock to Sylvia Fowles to control the game. If Seattle has their whole squad on the floor, I like them at -1.5, and would play up to -3.5.

Right now, I’m laying the under 164.5 on BetRivers, hoping to catch it at it’s highest.

The Mercury are in trouble, with their starting backcourt out and their playoff hopes dwindling. Both Diana Taurasi and Skylar Diggins-Smith are out tonight. That’s not good for a team that’s already short handed since the departure of Tina Charles a month ago. Not to mention Brittney Griner imprisoned in Russia. Dallas has been decent on the road this year, with a 9-7 record away from Texas. Phoenix has been a solid home team at 10-6 on the season. However, they are so shorthanded that Dallas will roll tonight.

BetRivers is giving us the Wings, favored by 1.5, with a total of 159.5. Assumption was that this line would be longer, but I’m happy to jump on that. Stay away from the total, because Phoenix will struggle to score, and could only end up scoring in the 60s. This feels like an opportunity to take advantage of a team in turmoil and who knows their season is over. The Mercury have also lost 2 of the 3 previous matchups in this season series.

I’m all over the Wings tonight to dominate this game and see them cruising to victory. As the day goes on, expect this line to increase as money comes in on the Wings. Grabbing that line now is a good idea. One line I’m waiting to see is the Sophie Cunningham points prop. She now becomes the best scorer on the perimeter for the Mercury. In her 18 games started this year, she is averaging almost 13 PPG. She is also coming off a very nice game in which she had 24 points. Without Taurasi and Diggins-Smith, she’s going to get all the chances she can handle to shoot from deep.

Bonus Wicked Player Prop: take her over in points for anything 15.5 or lower.