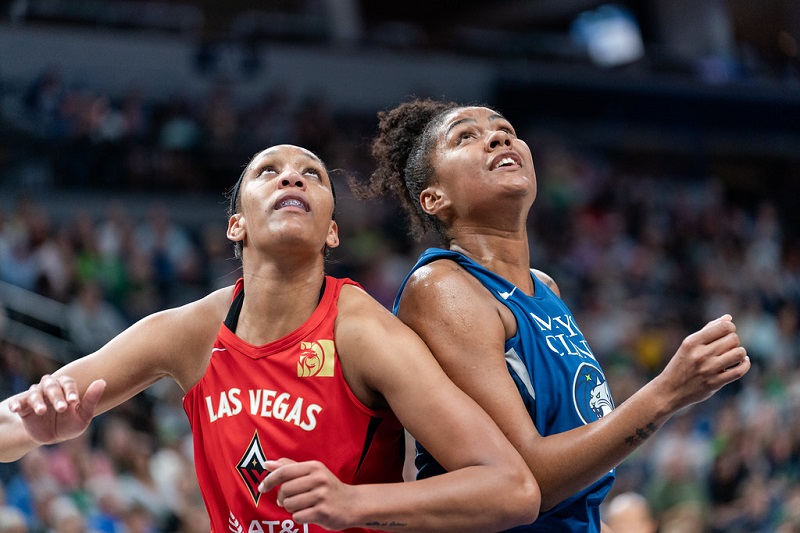 The WNBA playoffs tip off tonight with a new format this year. The new format looks like this: no reseeding and all first-round matchups will be a best of 3. Home court goes to the higher seed for the first two games, and the lower seed hosting a deciding game 3 (if necessary).

Just like these teams, we as bettors need to get into playoff form. With less on the slate each night, it’s important to remember to be disciplined. We want to hone in on the best spots take advantage of and where there is the best value. Fewer games can trick you into placing more bets but stick to my plan and increase your betting units in the playoffs. There are a couple of nice spots that I see tonight, and I’m looking forward to playoff basketball.

Tonight, we get the top 2 seeds in the league kicking off what most expect to be short series.

New York was able to close the season on a 3-game winning streak to get into the playoffs. In the process, they eliminated the Atlanta Dream and ended their season. New York looked okay in those games. However, they also didn’t do anything to make you look at them and think “they could make a deep run”. New York is still developing. While they have one of the brightest young stars in Ionescu, they are still a year from making a run. Expect them to get closed out quickly on the road in Chicago.

The Sky, who are the #2 seed, are a very formidable title contender, and very dominant at home. New York is going to struggle to contain leading scorer Kahleah Copper, and the all-time great in Candance Parker. Courtney Vandersloot has come back well from injury, and compliments Copper extremely well. These teams played four times this season, with Chicago taking three of those, including both games on their home court. These teams have played relatively close games this season, except for a 33-point blowout by the Sky at the beginning of the year.

This series will be over in two games and Chicago will await the winner of the Sun/Wings series that tips off tomorrow night.

The books view this series the same, having the Sky as -560 favorites for the series, and 9.5-point favorites tonight. This line is moving, it opened at -7, moved to -8, and has now jumped to 10. Anytime a line moves that much, this early in the day, it signals that sharp money is coming in on the team. That’s not surprising, as the Sky are clearly the superior team. However, New York has played them tough all year, and the Liberty are on a 3-game winning streak.

New York has a shot to stay within this number over the course of the game, so let’s isolate the first 2 quarters. The 1st and 2nd quarter spreads are much more manageable numbers to invest in. Currently, BetRivers is giving us Sky -3 in the first quarter. Expect the Sky to come out early tonight and take control of this game. Keep in mind that New York has won 3 out of 4 first quarters this season. However, this is the playoffs, against the Sky, so they aren’t doing that again.

My best play on tonight’s game comes in the 2Q. If you’ve been tailing, you know that this is my favorite bet in basketball, and tonight is no different. We get a short line at -2 on the Sky in the second period, and that’s a great spot for them. Chicago is 4-0 in the 2Q straight up against New York this year. They covered this in 3 out of 4 games this season. I am hammering that quarter right now, before the line jumps again.

Look for Chicago to control this game from the tip, and cash those tickets by halftime.

Best Site for Betting the WNBA

Get your brooms ready because this series is going to be over quickly.

Las Vegas, the #1 overall seed in the playoffs, hosts a Phoenix team that is missing their 2 best players. Not to mention, they’ve been horrendous on the road this season. The Mercury are 4-14 away from their home court this year and play an absolute juggernaut in the Aces. The Aces are 13-5 at home this year and have blown the Mercury out in 2 of the 3 meetings. Expect a gigantic game from A’ja Wilson tonight, she’s probably not thrilled with Breanna Stewart winning Player of the Year. That’s not a knock-on Stewart, who is incredible and has had a great season. However, Wilson has also been great, and she’s the reason the Aces are the #1 team in the league. The absence of leading scorer Skylar Diggins-Smith and floor general Diana Taurasi puts the Mercury at a serious disadvantage. Expect the Aces smoke Phoenix tonight.

The books agree, having Las Vegas as 16.5-point favorites. Vegas have covered that number in two of the previous matchups this year. They just missed making it 3/3 with a “disappointing” 12-point victory in one of their matchups. There is no reason to think the Aces won’t do cover that again tonight. The Aces scored 100 in 2 of those games, and they’ll do the same tonight.

For some reason, BetRivers isn’t giving us a team prop for now. Therefore, it’s important to shop for the best opportunities and use multiple books. It’s hard to find great spots in a game that’s projected to be a blowout. On BetRivers we can bet the Aces second quarter -3.5, which is a great spot for this game. They would have covered 3.5 in all three meetings this season. This will be the quarter where Vegas puts their foot on the gas and blows this game wide open.

I also really like what FanDuel is offering us on a team total for Vegas. As mentioned, the Aces broke 100 in 2 of the 3 games and are averaging 97 PPG against the Mercury. FanDuel has that team prop at 91.5, and I’m going to take the over there. I’m staying away from the full game total. Even if Vegas gets to the century mark, no one knows if Phoenix is going to be able to score the ball effectively enough to hit 70. That’s a stay away spot for me but I’ll be looking for an opportunity to grab the total live in-game.

Bottom line here is that the Aces are the better team even if the Mercury have their full roster available. They don’t, so it’s a smash spot for Las Vegas.