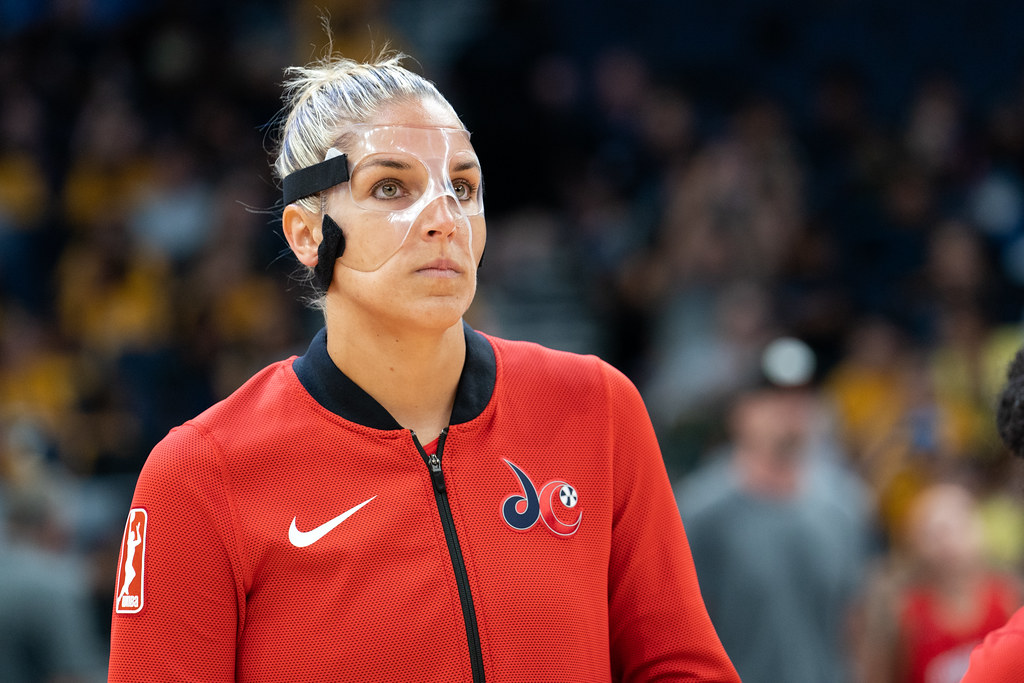 The All-Star game is in the books, and teams are back on the court tonight for real game action.

The second half of the season is upon us, and things are starting to take shape. As it stands now, only five teams are above .500, leading me to believe that there are only five teams that have a realistic shot at a title this year. Winning that title is going to come down to timing: playing well at the right time. A great example of timing was last year when Chicago entered the playoffs at .500 and won the title. I’m looking forward to things heating up in women’s hoops over the next 5 weeks. I’m even more excited for all five games today. Four of the top five teams take the court tonight, I’m diving into three of those matchups for betting action.

Check out my preview of tonight’s action and my Wicked Wagers – these are WNBA bets that I’m on, and you should be too.

The ladies of Las Vegas had a busy weekend. The Aces had multiple players on the All-Star teams, including the leagues second leading scorer and ASG MVP Kelsey Plum. Plum, A’ja Wilson, and company head east tonight for another game against the Liberty. This is the same team that Vegas lost to right before the All-Star break. That might have been the best game I’ve seen all year, and probably easily the best game we have gotten from New York all season. I don’t expect the same out of New York tonight, and I expect Las Vegas to come out Aces tonight.

The bottom line here is that Las Vegas is better at every position and have been superior to New York all season. Las Vegas is a legitimate title contender, and I look for them to bounce back after two straight losses.

The Las Vegas Aces are 7-point favorites on the road tonight, a place where they have been very good all year. The Aces boast a 7-3 record away from sin city. That’s not surprising from a team that is second in the league overall. However, what is a little surprising are New York’s home woes. The Liberty are a measly 4-7 in front of their home crowd, and I think they are in trouble tonight. Sabrina Ionescu has been great this season, but she’s not going to be able to carry this team again tonight. I’m looking for the Aces to come out strong to open this game.

In their last matchup, Las Vegas took an 8-point lead into halftime, so the first half is my favorite spot in this game. Right now, the first half line sits at -3 in favor of LV, and I’m all over that. Las Vegas has the 5th largest point differential per 100 possessions and are the highest scoring team in the league. Vegas has a ton of scorers and have the advantage on the glass. While I think there’s a good chance LV covers the 7, I’m isolating the first half of this game as my best WNBA bet.

Chicago is hot, and I don’t just mean the temperature outside. The Sky are 8-2 over their last 10 and have ascended to first place in the WNBA standings. Chicago has carried their championship momentum to this season and have a great chance to win again at home tonight. The Sky are 8-2 on the year at home and facing an Atlanta team that has not been good on the road, with a record of 4-6 outside of Georgia. On top of that, the Dream have lost both games against the Sky this year and are totally outmatched. That’s clear with the fat number Chicago is laying tonight, which currently sits at -9. It has come down since yesterday, it will climb a little later today, and probably close at 9.5 or 10.

Neither of the previous two matchups were decided by double digits. Atlanta has shown flashes of late, so I’m going to be isolating just the first half for my best plays. Chicago has won both first halves in their previous games, and I like that trend to continue. Chicago typically plays very well in the first half of games, building big leads and holding them in the second half. Most of their point differential comes in the first half so far this year, and I think they come out hot tonight against an Atlanta team that is just 3-7 over their last 10.

The first half line is -4.5 in favor of Chicago, and this is a spot where I like them to smash. Atlanta is outmatched tonight, and I think Chicago rolls them in the first half. I like them to roll in the whole game but feel far better about a five-point halftime win than a double-digit full game win. I’m also on the total in this game, which is just 163.5. Both teams allow about 80 PPG to their opponent. This season’s outcomes are not a good barometer, as the two totals so far have been 206 and 138. Hard to use that data to make an informed decision.

I like Chicago to score early and often to force Atlanta to try and keep up, sending this over 163.5.

The late game tonight features another potential title contender in the Washington Mystics.

LA is just 5-5 at home on the season and are coming off a game where they got absolutely dominated by a defense first team in the Seattle Storm. While LA did win the matchup earlier this season, that was without Mystics Star Elena Delle-Donne. Delle-Donne is the difference maker on this team. LA only won that previous game by 2 and could have lost as the Mystics made a 4th quarter run. What Delle-Donne brings to the table is easily enough to swing a game 7 points. LA struggles to score against good teams, and I think they will struggle again tonight.

BetRivers Sportsbook has this game favoring Washington by 4.5, and I would play that number up to 5.5. This Mystics team knows that the time is now to gain momentum for a deep playoff run. I’m once again isolating the first half of this game, where we find a favorable number at -2 for Washington.

I expect the Mystics to come out and control this game on the defensive end of the floor, maximize their advantage on the glass and handle their business. I think they pull away in the second quarter and carry that momentum into the second half to pull out a nice road win tonight.