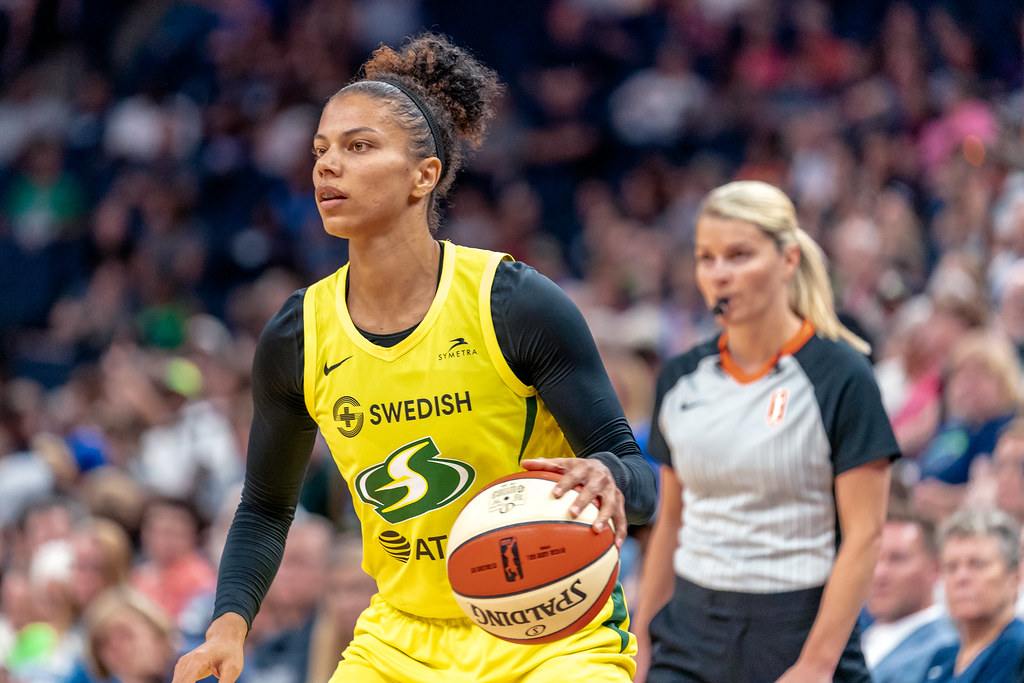 The discussion around Women’s hoops is heating up significantly as we push further into the summer. Brittney Griner’s trial is getting tons of media attention and we can all agree we want her back safely (#FreeBrittney). Stateside, we are coming up on the WNBA All Star game where the best of the year will be showcased. For tonight’s three game slate, I’ve found the best angles to do some WNBA betting.

The first game tonight is a matchup of two teams going in totally different directions. The Sky are playing their best ball of the year, with a record of 8-2 over their last 10. They currently look like the best team in the league, and I think they are poised for a deep playoff run again. The Indiana Fever, on the other hand, are not. The Fever aren’t playing good basketball and only want to improve for next year with a high draft pick coming their way. The Fever are an abysmal 2-8 over their last 10, and they are going to have their hands full tonight.

This one doesn’t take much thought to pick a winner, but with a moneyline that sits at -480 right now, there’s some thought that goes into how to attack this game from a betting perspective. The full game line is -9.5, and I’m inclined to lay that fat number, but I like 2 other spots even more. I like the 1Q bet in this game where Chicago has been red hot, and I like them to come out, and pounce on the Fever early. Over their last five, the Sky have won the 1Q by double digits three times, and that happens again tonight. Indiana beat Chicago the last time they played, so there is going to be some revenge factor here as well.

I also really like the 3rd quarter bet here at -1.5 for Chicago. The Sky haven’t lost both a 1st and a 3rd quarter during this 10-game run, so it’s a great opportunity to ride that trend. At the very least I’ll get a split, and bank on Indiana being as terrible as they have been all year.

Bottom line here is that Chicago is too much for Indiana, and I like them to cruise to victory tonight. The total in this game feels really sharp at 167.5, so I’m going to wait to see how the first quarter plays out and take advantage of a live betting opportunity there.

History was made last night in Las Vegas, where Sabrina Ionescu recorded the WNBA’s first ever 30-point triple double. It was an incredible performance, in one of the best games of the year, where New York took down the Las Vegas Aces 116-107 at home. The Liberty now heads to Phoenix for the second leg of a tough back-to-back against a Phoenix team that is having some internal turmoil. The teams leading scorer, Skylar Diggins-Smith and hoops legend Diana Taurasi got into it their last time out. Hopefully that spat has a positive effect on this team. The Mercury are 4-6 over their last 10, and undoubtedly distracted by the Brittany Griner situation. The Mercury are a veteran team and have a great chance to right the ship tonight at home.

This is a great situational spot for us sports bettors. The second night of a back-to-back is always tough, but after the game that New York played last night, and having to travel again, puts them at a disadvantage. Phoenix is back home, coming off two straight losses on the road, and hopefully the dust up brought them together. I like the Mercury tonight in this spot, and really like them in the 1Q of this game. Right now, the 1Q line sits at -1, and I’m all over it. Fresh legs, home court, lock it in. I also like the first half line in this game. The line is favorable at -2, and as I said before, this is a great situational spot for Phoenix to cash some tickets for us.

Phoenix has a real advantage on the defensive end of the court, and they have an all-time great in Taurasi to rally the troops. I’m laying points with Phoenix everywhere tonight.

Seattle is a legitimate title contender this year, and Breanna Stewart would get my vote for league MVP. The Storm is the best defensive team in the league, with top contenders for defensive player of the year in Stewart and Magbegor.

Seattle is 7-3 over their last 10 games, and heads to LA to take on a Sparks team that has been up and down all year. LA is 5-5 over their last 10, and 1 game under .500 for the season. LA scores a fair number of points, averaging 3 more ppg than Seattle, but they give up a ton of points too at 85 PPG. This amount is 8.5 more on average than the Storm. Despite being 5-5 over their last 10, they have won 3 straight and look to extend that streak to 4. The Sparks will have to do it without two key role players, with Chennedy Carter and Kristi Toliver both out for tonight’s contest. LA did win the last meeting between these two teams, leveraging huge 2nd and 4th quarters to put the Storm away.

The books currently have the Storm as 5-point favorites, and that’s a great spot to grab points with LA for the full game. With how well they are playing, I like this game to be close, as both games between these squads have been this year. I’m also targeting the total on this game, which is at 160.5 and probably going to close around 158.5-159. While both previous games have gone over this total, the absence of the role players for LA, combined with their recent history of holding teams under 80 points, has me liking the under if it stays at 160.5. What I’m hoping for is that the public pushes this line up a point or two over the day, and we can take advantage and grab a better under chance.

Their two previous games have ended at 163 and 162 respectively. The absence of the role players and their combined 12 PPG has me liking this under.