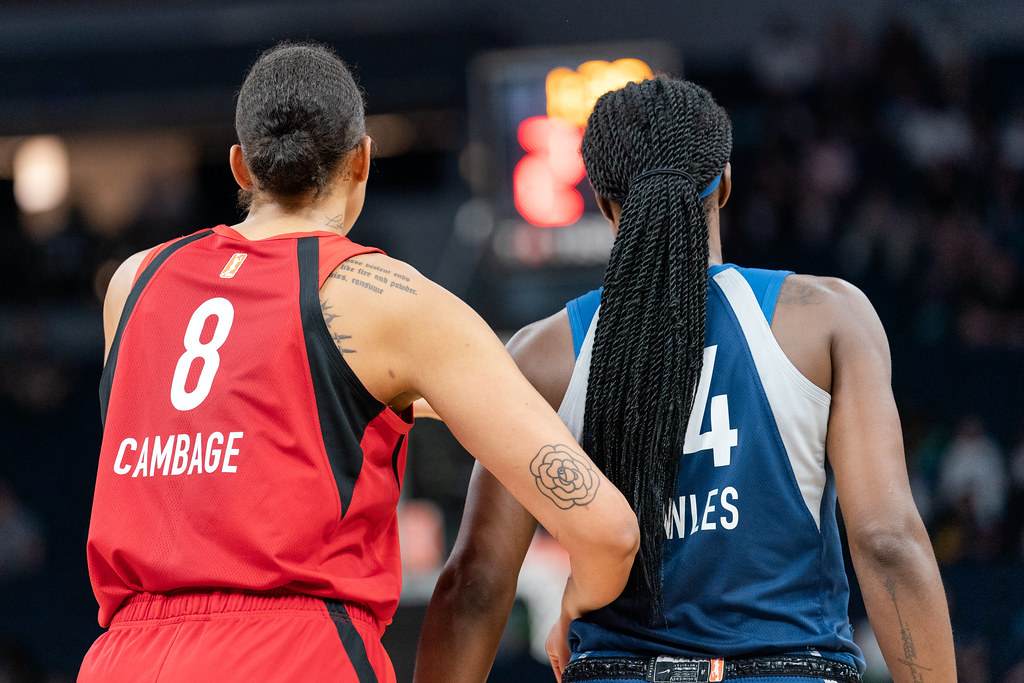 Tonight’s WNBA slate is jam packed, with four games on the schedule. BetRivers brings us another awesome night of action as always. Come along as I dive into what I like for tonight’s WNBA games.

Minnesota is on the road tonight at Atlanta, and it looks like they might get their star center back.

Sylvia Fowles has been out with a knee injury but is listed as probable for tonight’s game. Her playing in the game tonight is going to have a huge impact on the outcome. If they are without her, Minnesota will struggle to rebound with this feisty Atlanta team, especially on their home court.

Both teams have been up and down over the past two weeks. The Lynx is 5-5 over their last 10, and the Dream only managed 4-6. Atlanta is clinging to the last playoff spot and will be motivated to string wins together to keep that hold. Minnesota is only three games out of the playoffs right now, and a win tonight would do them well in their pursuit of the playoffs.

The books have this down as a close game, favoring the home team by 1.5. The total in tonight’s game is 160.5. I’m going to be waiting until closer to game time to play the total. My early play and first Wicked Wager on this game is the Lynx money line. I expect Sylvia Fowles to play, and she’s enough of a difference maker against this incredibly inconsistent Atlanta team. Atlanta is missing three members of their second unit, which will lead to them getting worn down throughout the game. The moneyline on the Lynx right now sits at +102, essentially even money. This leads me to believe that the WNBA odds makers feel the same way that I do. Even money indicates that they want to limit their liability on Minnesota.

The Lynx must win games like this to make the playoffs, and that push for the 8th seed begins tonight.

This is the game of the night. Two of the best teams in the league square off as the Seattle Storm travel to Connecticut to battle the Sun.

The reigning MVP in Jonquel Jones leads her team against the potential MVP in Breanna Stewart. Expect this to be an absolute slug fest. Both teams enter tonight 7-3 over their last 10 and are playing at a very high level. Both teams can make a deep run in the playoffs for a title run. These squads have squared off twice this year, with Connecticut taking both games, and winning them rather decisively. Both teams rank at the top of the league in defensive ability. The Sun are hot right now, winners of three straight, and have their leading scorer and rebounder back from Health and Safety Protocols.

BetRivers is offering us the Sun at 3.5-point favorites, with a total of 158.5. The Sun have covered 3.5 in both games so far this year, and they are going to do so again tonight. I love the Sun for the full game at -3.5 and would play that to 4 if I had to. They match up well with Seattle, and Connecticut’s role players have been bringing it over their last three games. I also like the under tonight. I wouldn’t play it lower than 158.5, but that’s a great number. Seattle is going to have to play meticulous basketball against the Sun and try and slow the game down and maximize their possessions.

My number one play of this game is the Sun in the first quarter. The Sun are at home and are the better team right now. BetRivers has this offered at -1 with a little juice (-112), and I’m all over that. Let’s cash an early ticket at the end of the first and watch the Sun win by at least 2 possessions tonight on their home court.

Washington heads to Dallas tonight, where the Mystics take on a Wings team that I consider dangerous down the stretch.

The Mystics will be without their anchor tonight, as Elena Delle Donne will miss tonight game for rest. It’s clear the Mystics want to manage their superstar down the stretch of the season. I don’t think it means that Washington is totally dismissing the Wings tonight, but it does mean that they feel this is a game they can afford to lose. The Mystics have struggled without Delle Donne in the lineup this season. Combining her absence with a road game, the books have this one right with Dallas favored by 1.5.

The Wings aren’t a bad team, and their 12-15 record could easily be 15-12 with a few different bounces of the ball this year. I like the Wings to win this game tonight and will gladly lay 1.5 points and pay less juice than the money line there. The total on this game sits at 158, a number that has split so far in their season series. The last game these teams played, also in Dallas, went under this number, and it does again tonight.

The absence of Delle Donne puts the Mystics offense at a disadvantage, while their defensive ability should stay strong. The Mystics will run their second unit a little longer tonight which will slow the scoring down.

What the heck is happening in LA. Liz Cambage has apparently quit the team and requested a trade. At this point my assumption is she will not be seen on a basketball court until she gets a new team. It’s extremely odd and strange that this is the second player in as many weeks to abandon her team.

The Sparks had a solid chance to maintain their 6th spot in the league if Cambage was playing, and fight in deep into the playoffs. In her absence, I expect the Sparks to fall out of the playoffs. The Sparks take all that drama to Phoenix tonight. They face a Mercury team looking to build on their recent good play and improve on their position in the league, which is currently 9th. They are on the outside looking in, but this team is hungry to make a push. Lead by Diana Taurasi and Skylar Diggins Smith, this team is 6-4 over their last 10, and playing well. They just dismantled the Seattle Storm and were able to get buckets whenever they wanted. Tonight, is another game where the Mercury will do what they want when they want.

I expect this to be a complete blowout and BetRivers only has this game spread at 5. The Mercury right now are -5, with a game total of 167.5. I love the spread on this game and will be staying away from the total. I have no idea how the Sparks will react to the departure of Cambage, and this is a sharp number. The Mercury could put up 90 points tonight, which makes that 167.5 live if LA can keep up. I’ll wait for an in-game opportunity to hit the total.

Last Wicked Wager is the first quarter line with the Mercury favored by 1.5. Expect them to jump out early on LA and control this game from tip off to final buzzer.