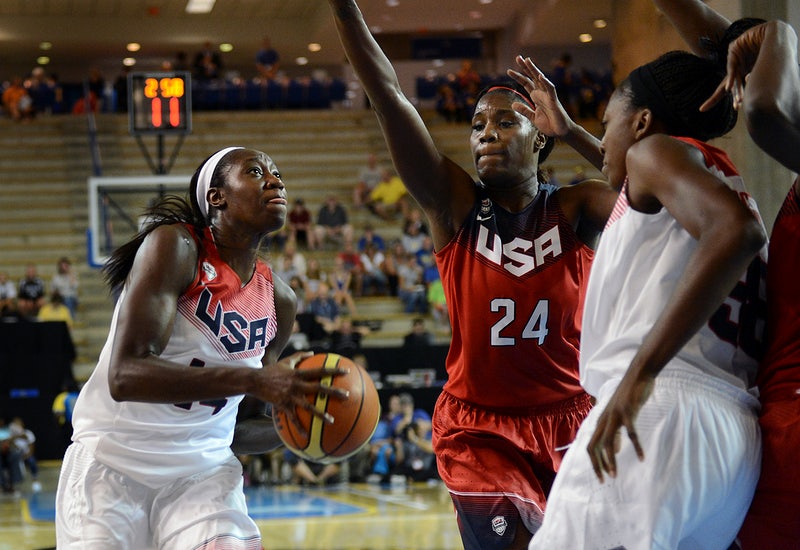 The Washington Mystics continue their road trip tonight, facing the Phoenix Mercury. Washington is playing great ball right now, winners of 4 of their last 5, and Elena Delle Donne is playing her best basketball of the year. The Mercury are kicking off a 4 game home stand and are looking to use this time at home to get themselves right, and creep back to near .500. Washington has the advantage at most positions, are a better rebounding team, pass the ball better, and shoot a higher percentage from the floor. Washington has a significant edge on the defensive side of the ball. I’m also super excited to see 2 of the greats do battle tonight, as we will be treated with seeing both Delle-Donne and Diana Taurasi do battle. These teams have split the first 2 games in  Washington, with the Mystics blowing the Mercury out in the second game.

BetRivers has the Mystics as -4.5 point favorites, with the total at 160.  Phoenix has shown flashes this year, and love to push the tempo, averaging 83.2PPG on the year. Their pace of play has worked against them at time this year, as the Mercury are one of the less efficient teams on the defensive end of the floor, giving up over 86 PPG to their opponents. Washington is a stellar defensive team, and will look to slow the Mercury down and force them into their half court offense. I don’t think that’s a bad thing for Phoenix, and I think they will still find their opportunities to score the ball. In their 2 previous games, this total would have split, and I like the over tonight. Washington has scored 80+ points in 7 of their last 10, while Phoenix has eclipsed 75 in 7 of their last 10. Those numbers get us to 155, and I think Phoenix can push the ball just enough to generate the additional points to push this over 160. This is also a relatively low total for a WNBA game, even with the Mystics defensive prowess. The line for me seems pretty tight, but I like Washington to get the win. BetRivers offers +190 on the game combo of Mystics ML/Over 160, which is good value.

If you’ve been following along, you’ll know that I’m very high on the Chicago Sky. 8-2 over their last 10, Chicago has been playing great basketball, a trend which I expect to continue tonight. The LA Sparks have lost 2 straight, and are just 5-5 over their last 10. LA got waxed at home the last time these 2 teams met, but were able to win the first matchup of the year. I’m not putting much stock in that opening game victory, as the course of the season has made it clear that Chicago is the superior team. LA will be without Chennedy Carter tonight, but will get leading scorer Nneka Ogwumike back, while Chicago will have all of their players available as of now.

BetRivers has Chicago as -5 point favorites, with a total set at 168. For me, I think this line is short. Even with Ogwumike returning, I expected this line to be more like 7.5-8 given how well Chicago has been playing. I think this is a great opportunity to make some money on one of the best teams in the league and a short line. BetRivers gives you a chance to move the line, and moving it to -6 gives you plus +104, which is exactly what I’m going to do. I think that Chicago puts it on the Sparks tonight, and could easily see them pulling away in the second half for a double digit victory. I also like the under tonight.  Chicago gives up less than 80 points per game, and LA struggles against the better teams in the league, coming off of 2 straight losses to Washington and Seattle, both of which play defense just as good or better than Chicago. Chicago should be able to capitalize on LA’s poor defense to cover, and I like their defense to hold the Sparks under 80.  I’m all over the Sky tonight to get a win on the road.