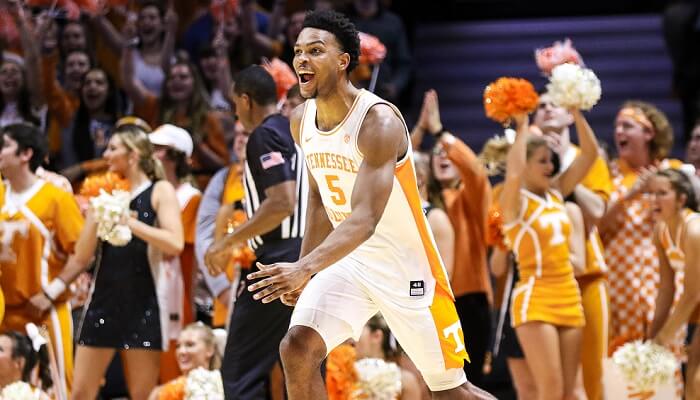 The college basketball season is in full swing and at TheUSGambler, we aim to give the best picks and odds every week. Welcome to On the Docket: NCAAB Picks and Odds. Here, the Judge gives you his picks for the college basketball season. The number of gavels beside each pick equates to the number of units the Judge decrees. More gavels = more confidence. That means more times you get to scream “BANG!” when the bet hits. Here are your NCAAB picks and odds for Tuesday and Wednesday. Court is once again, in session.

Ohio State put an end to their five-game losing streak with a dominant home win over Iowa on Saturday and now travels to Champaign to take on the Illini. The Buckeye offense looks like it is back to where it should be after a barrage of threes against the Hawkeyes, but can it travel? It might not be enough to get a road conference win, but it is enough to take the points with Ohio State.

Don’t look now but the Cats have strung together three straight wins, the most since nonconference play in early December. Since their home loss to South Carolina, Kentucky has started to look more like Kentucky. The SEC, outside of Alabama and Tennessee, is relatively down this season so look for the Wildcats to put together a run, continuing Tuesday night against a weak Vanderbilt defense.

The Tar Heels and Orange meet up in Syracuse for the lone regular season matchup of the season, with both teams trying to maintain some momentum. After a shaky November, Syracuse sits 6-3 in conference play and has a chance to stay amongst the ACC’s best. Carolina is coming off a third straight win and hoping to recapture some of the magic from last year. The Tar Heel defense is good enough to keep pace with the Orange offense while Carolina takes advantage of the disparity on the other end of the court.

Kansas State has been the team of the year so far in the Big 12, boasting a 17-2 record and sitting atop conference standings. The Wildcats are fresh off wins over Kansas and Texas Tech, and now look to steal a road win over Iowa State. The Cyclones will likely be without their best long-range threat, Caleb Grill, making Kansas State’s defensive assignment a bit easier. Take the points in this one.

Top-ranked Houston went down on Sunday. At home. To Temple. The Cougars lost it at the free throw line, going 11/21 against Temple’s 20/22. Houston will get a chance to bounce back but will have to travel to Orlando to do it. The Knights return home from two road losses and will get a rude surprise when they get back—a pissed off Houston team. Look for the Cougars to make a statement here.

These two Big East powers haven’t had the best of times lately. Xavier dropped a road game to DePaul last week while UConn has lost five of their last seven. A huge opportunity awaits both teams Wednesday night—Xavier can remain atop the conference standings and UConn can make a statement.  If you get an opportunity to take Xavier with points, you take it.

After an early January loss to Georgia, it was evident that this Auburn team is nowhere close to last year’s team. In fact, you might have thought they would miss the tournament altogether. Five wins later, including three on the road, the Tigers look to have some swagger back. Auburn’s home advantage is one of the best in all of college basketball, but they are getting too many points here. Take the Aggies.

Samford will take the nation’s seventh longest active win streak to Greenville, South Carolina, to take on Furman Wednesday night.  If you can watch this game, you’ll likely get a preview of a team competing in the NCAA tournament. Samford saw the return of preseason all-conference guard Ques Glover on Saturday, who will likely see more and more minutes as the season goes. Take the hot hand getting points here.