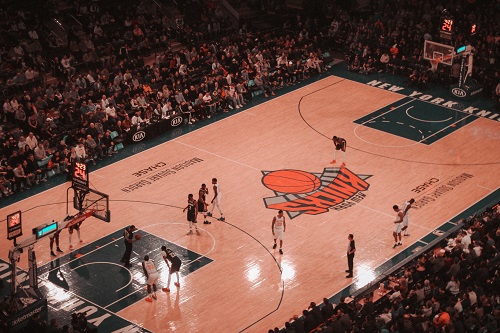 Wednesdays are a big night in the NBA, typically with a huge slate of games to comb through. Tonight, is no different, and we’ve got our eye on a couple of these games to continue the momentum from yesterday and cash some more tickets.

What kind of New Yorker would I be if I didn’t have a play on Knicks? New York hosts the Charlotte Hornets tonight at MSG. Both teams are 2-1 to start the season, and both teams are scoring the ball well. The Hornets will be without franchise star Lamelo Ball tonight, and Terry Rozier is doubtful with an ankle injury. On the other side, New York will be without Quentin Grimes, but he doesn’t have the impact as Rozier. Expect the Knicks to be fine without him.

This Knicks team has a legitimate chance to make the playoffs in the 5-7 seed range this year if Derrick Rose stays healthy. He’s the real difference maker for the Knicks coming off the bench. We’re all still waiting to see an offensive outpour from Jalen Brunson, and we might see that tonight. MSG should have a good crowd, and the Knicks should pound the Hornets.

BetRivers has this game as Knicks -7.5, with a total of 225.5. Considering Rozier out, we’re going to stay away from the total because the Hornets are going to be unpredictable. What is predictable, is New York dominating this game. The expectation is for big games out of Brunson, Barret, and Randle. I will be playing the -7.5 with the Knicks. However, the #1 Wicked Wager on the game is the Knicks first half line. BetRivers is offering -3.5 at -115 odds and I’m emphatically placing that bet. The Knicks beat up on lesser teams, and the Hornets are just that. New York has their stars healthy and available, Charlotte does not. That’s all we need to know.

The Spurs are getting nine points on the road against a 2-2 T-Wolves team, which is a little surprising. It’s surprising considering they just beat the T-Wolves outright on Monday. Devin Vassell is out for tonight’s game, which is going to be a huge hit to the Spurs offense. This is likely the reason for the huge spread.

It’s hard to trust Minnesota early this season, but they must bounce back after getting embarrassed on their home court. At one point in Monday night’s game, they were down by more than 25 points. This Spurs team is 3-1, but they’ll finish below .500 this year when it’s all said and done. The T-Wolves are a legit threat in the West, especially once this team plays together for longer.

The T-Wolves are clearly the better team here when they are firing on all cylinders, and they need a strong bounce back to split this mini-series. While it’s likely that the Timberwolves lay the wood tonight, 9 is a lot of points and we should be leery of a backdoor cover. What I am playing tonight, are the 1st quarter and halftime lines of this game. Playing on the expectation of a strong start at home after a loss, the 1Q line of MIN -2.5 is attractive, and -5 for the 1H is the best Wicked Wager in this one.

Look for a double-digit halftime lead from the home team on their way to cashing two first half tickets.

This is the game of the night, with two title contenders facing off in Milwaukee. The Bucks, 2-0, welcome Kevin Durant and the 1-2 Nets to town, and this should be a good one. The Bucks have Kris Middleton back for this game, and the Nets are going to have everyone available except for Seth Curry. This game will be a slug fest, and both teams will be highly motivated to capture a big win tonight.

Both KD and Giannis are averaging 32+ PPG to start the season, and we’ll see big games from both players. The Nets have the pieces to keep up with Milwaukee, and this team tends to play better on the road. Ben Simmons is going to be key in slowing down Kris Middleton, a player the Nets struggled to contain last season.

The spread on this game is 3.5 in favor of the home team Milwaukee Bucks. The Nets are a very live dog in this game. They are coming off a loss against Memphis and are in desperate need of a “get right game”. Durant and Kyrie are two of the best players on the planet, and they can carry their team to a win tonight.

The first Wicked Wager is the 3.5 with the Nets here, as this game should be close. The second Wicked Wager is the Bucks in the 1Q -1. Milwaukee is an excellent 1Q team, generally coming out strong. Their second unit is a little weak, so the Nets will be able to play catchup if needed. Again, this will be a close game throughout. As I’ve written, early season NBA betting is about the eye test, and the Nets are way too talented not to keep this one close.