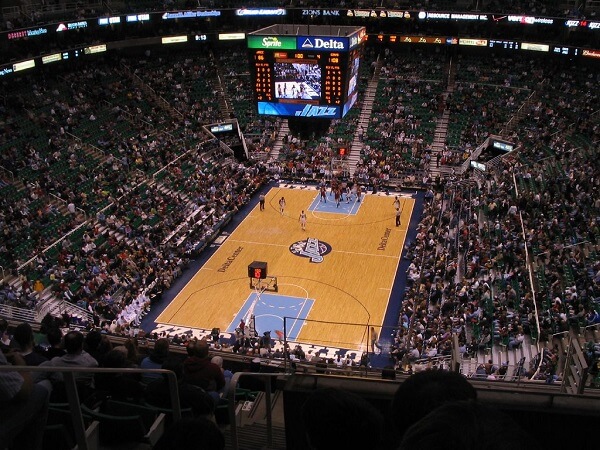 The NBA season is right around the corner. We’re already more than halfway through the preseason but news from around the association is already starting to fill the airwaves. Aside from the Draymond Green punch, Victor Wembanyama’s recent performances for his French team have also got the NBA universe buzzing. The hype has gotten to the point where NBA commissioner, Adam Silver, recently had to release a statement telling teams not to tank. One of the most fun preseason projections to make is the NBA win totals 2023. Additionally, from a betting perspective, the NBA team win totals futures bets are some of the most popular to make.

Wembanyama looming in the 2023 draft will surely affect the race to the bottom, though we hope not. Let’s dive into our picks for who we expect to finish over their projected win total vs under the projection.

The Denver Nuggets are set to be healthy for the first time since the 2020-2021 season. Jamal Murray tore his ACL in April of 2021 and hasn’t played meaningful basketball since. He looked sharp in his first preseason game and should be ready to go when the season tips off next week. Back-to-back MVP Nikola Jokic has been lacking a running mate while Murray was rehabbing. It seemed to be the reason they couldn’t go on a deep playoff run these past couple of years. Even without Murray in their lineup, the Nuggets were able to win 48 games last year. Aaron Gordon and Bones Hyland are among the Nuggets supporting cast capable of helping this team win games.

When betting on a team’s over-under for win total during the season you have to take a look at whether they’ll be hungry or not. This is why it’s not smart to bet on teams coming off a championship because they tend to rest guys, with the hopes of coasting their way in to the playoffs. The Nuggets have the recipe for a hungry team. They’ll be well rested after a first-round exit and are set to finally be healthy. Jamal Murray may take some time to get his legs back, but the point guard should be able to return to all star form in December or January.

After sitting out the entire 2021-2022 season, Zion Williamson will return this season. The former #1 overall pick is on the verge of a breakout season. Williamson averaged 27 points a game and over 7 rebounds when he was healthy 2 years ago. CJ McCollum averaged 24 a game after being traded to the Pelicans last year. He will have to work on his free throw game, but the former Blazers star will provide the Pelicans with much-needed help from the three-point line. Brandon Ingram is another guy whose skills should mesh well with Williamson’s. The small forward was an all-star for the Pelicans 3 years ago and averaged nearly 23 a game last season.

The Pelicans are coming off a 36-46 season that saw them finish as the 10 seed but the team was able to advance through the play-in. A date with the Suns saw the Pelicans lose in 6 games, but the team was able to be competitive in the series. Jose Alvarado stepped his game up big for the Pelicans off the bench in the playoffs. Look for him to be a big energy guy for the team again this season. Vegas seems to like New Orleans as a top 8 team in the west. A 46 or 47 win season wouldn’t be out of the question for the Pelicans this year.

The Utah Jazz made significant moves over the off-season, effectively ending their time as contenders in the west. The Jazz first decided to deal Rudy Gobert to the Timberwolves, and then Donovan Mitchell to the Cavaliers. In return came a number of draft picks, along with effective players that will be core pieces of the team this season. The Jazz are not playoff hopefuls this year, but will still have a respectable team. Mike Conley, entering his 16th season in the NBA, is likely to be the leader of this young squad. Conley averaged 13.7 points a game for the Jazz last year and shot over 40% from 3. Jordan Clarkson could very well end up leading this team in scoring, from the bench. and off-season acquisition Lauri Markkanen will be affective from beyond the arc.

The Jazz won’t be what they once were but do still have the pieces to put together a respectable squad. Quin Snyder is a well-respected coach around the league and will have his guys ready to play when the season starts. The Jazz will avoid the Victor Wembanyama sweepstakes, finishing in the 29-31 win range.

You just can’t trust a team that consists of Kyrie Irving and Ben Simmons. Yes, this one also has Kevin Durant on it, who is a baller, but what he went through last year should not be forgotten. Irving and Simmons are each stars. When each of them was acquired they were each expected to be key pieces of the team. Irving sat out most of last season because he didn’t want to get vaxxed. This won’t be an issue this year, but the reasons to put basketball second come one after another for this guy. Despite being widely expected to return last year in the playoffs, Simmons sat on the bench as he watched his team get swept in the first round. The supporting cast on the Nets is lackluster, but the main issue is the commitment from Irving and Simmons.

Don’t bet on this team to have a good regular season. They’ll be resting their stars constantly and could very well end up in the play in again. Nets fans should just be hoping this season is less dramatic than the last. 44 wins again seems about right.

The Kings have not been good for a long time, but aren’t supposed to be in the cellar this year. They’ll have something to hang their head on this season, as Keegan Murray looks like he could be a star after winning Summer League MVP over the off-season. The Iowa product will have an immediate impact on the team, but he may lose some teammates along the way. The Kings could look to deal Domantas Sabonis or De’Aaron Fox before the deadline. Sabonis’ contract is set to expire after next season, which makes him an appealing guy to trade as the deadline nears.

The Kings have failed to put a team together for years now. It looks as though they may have gotten lucky with their first-round pick this year, but look for them to tank late in the year with the hopes of landing a generational talent. Otherwise, they’ll be lucky to be a 10 seed this year.

The Detroit Pistons could be another team that looks to fold for Wembanyama’s talents. Cade Cunningham will be going into his second year with the team, and they appear to have gotten an effective player with the 5th pick in Jaden Ivey. That being said, the Pistons aren’t going to be competing this year. They’ve got a young team with developing talent, but nothing that is going to scare a legitimate title contender. The Pistons may end up showing improvements from their 23-win season a year ago, but where Vegas is listing them is a bit high.

Detroit could use a guy with Wembanyama’s size and perimeter abilities. He could be the guy that brings Pistons basketball back to its glory days. Who knows, maybe general manager Troy Weaver is thinking the same thing.