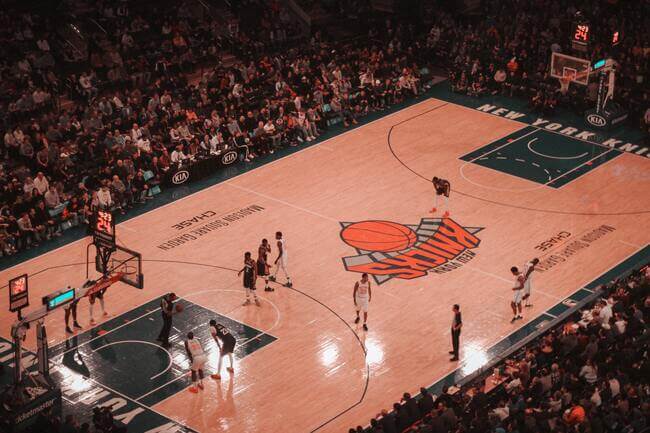 The preseason is all wrapped up, and the NBA regular season is set to get underway. If you’ve been dying to see your favorite players back on the hardwood, you won’t have to wait much longer. Most star players ended up staying put this off-season with the exception being the Jazz who dealt Rudy Gobert and Donovan Mitchell. Player moves this off-season do not look like they will be heavily impacting the player prop market for the coming season. The scoring, rebounding, and assists leaderboards will feature primarily experienced talent for the coming season. Let’s break down the best picks for the 2022 NBA full season player props.

The scoring leaders feature a number of familiar names at the top. Joel Embiid and Luka Doncic are among them and are tied at the top spot for shortest odds to win. Embiid is coming off the scoring title, and will be trying to repeat his success this season. Doncic is another good bet to win the award. Luka has yet to win a scoring title but is guaranteed to be a volume shooter for Dallas this season. Giannis Antetokoumpo is also high on the list. Antetokoumpo finished second to Embiid last year and should continue to physically dominate teams in the paint.

The scoring leaders feature a number of familiar names at the top, but you’ll have to look a little bit further down to find the value on the list. Stephen Curry and Lebron James each have +2000 odds to win the scoring title this year. Curry has done it twice over his career, while Lebron has only done it once, but each of these guys have always been prolific scorers. Curry won the scoring title 2 years ago, and is coming off his first Finals MVP award. James will be doing a lot of heavy lifting for a Lakers squad that has competency issues. Keep in mind that players need to play in 70% of their team’s games in order to qualify in a statistic, so basic amounts of load management will not hurt. Steph and Lebron are each aging, but BetRivers doesn’t have either of them in the top 7, making them great value picks.

Rudy Gobert led the league in rebounding last year. It was his first time leading the league in this category, but the star center has always been known for his ability to rebound. Gobert was dealt to Minnesota over the off-season, and will now be surrounded by a young group He’s the betting favorite to take home the rebounding crown this season. However, his +350 odds don’t make him the best value pick.

Clint Capela at +1200 is a guy to keep your eye on. The Hawks center was the rebounding leader 2 years ago and is a good bet to reach game eligibility. Capela is still in his prime and with the Hawk’s fast-paced offense, he’s likely to have a lot of rebounding opportunities. Evan Mobley is another interesting pick. Mobley averaged 8.3 rebounds a game in his rookie season. That number won’t put him at the top of any leaderboards, but Mobley was able to impress a lot of people. Expect growth out of the Cavs center in year 2, especially when it comes to him crashing the boards. At +4000 odds he isn’t the favorite, but he’s the kind of guy that could surprise a lot of people.

The two frontrunners of this race are James Harden and Chris Paul, with each of them having +200 odds to be the assist leader this year. They just so happened to finish 1 and 2 last year, with Paul edging out Harden for the crown. Indiana Pacers point guard Tyrese Haliburton has the next-best odds. Haliburton, at +650, is a guy that could show up big in his third season in the league.

Among the sleepers, in this award race, Nikola Jokic and Ben Simmons could each end up having big assist seasons. The back-to-back MVP, Jokic, will have his top running mate Jamal Murray back this year. This could change Jokic’s role with the team, making him more of a willing passer, as Murray looks to get back to being a volume scorer. At +2200, Jokic is one of the better longshot picks. Over in Brooklyn Ben Simmons looks like he’s ready to play basketball again. Simmons impressed in preseason play this year alongside Kevin Durant and Kyrie Irving. Simmons is the ultimate pass-first player and with the weapons, he’ll have alongside him, the assist numbers will rack up quickly. Simmons has +2500 odds to be the assist leader this year.