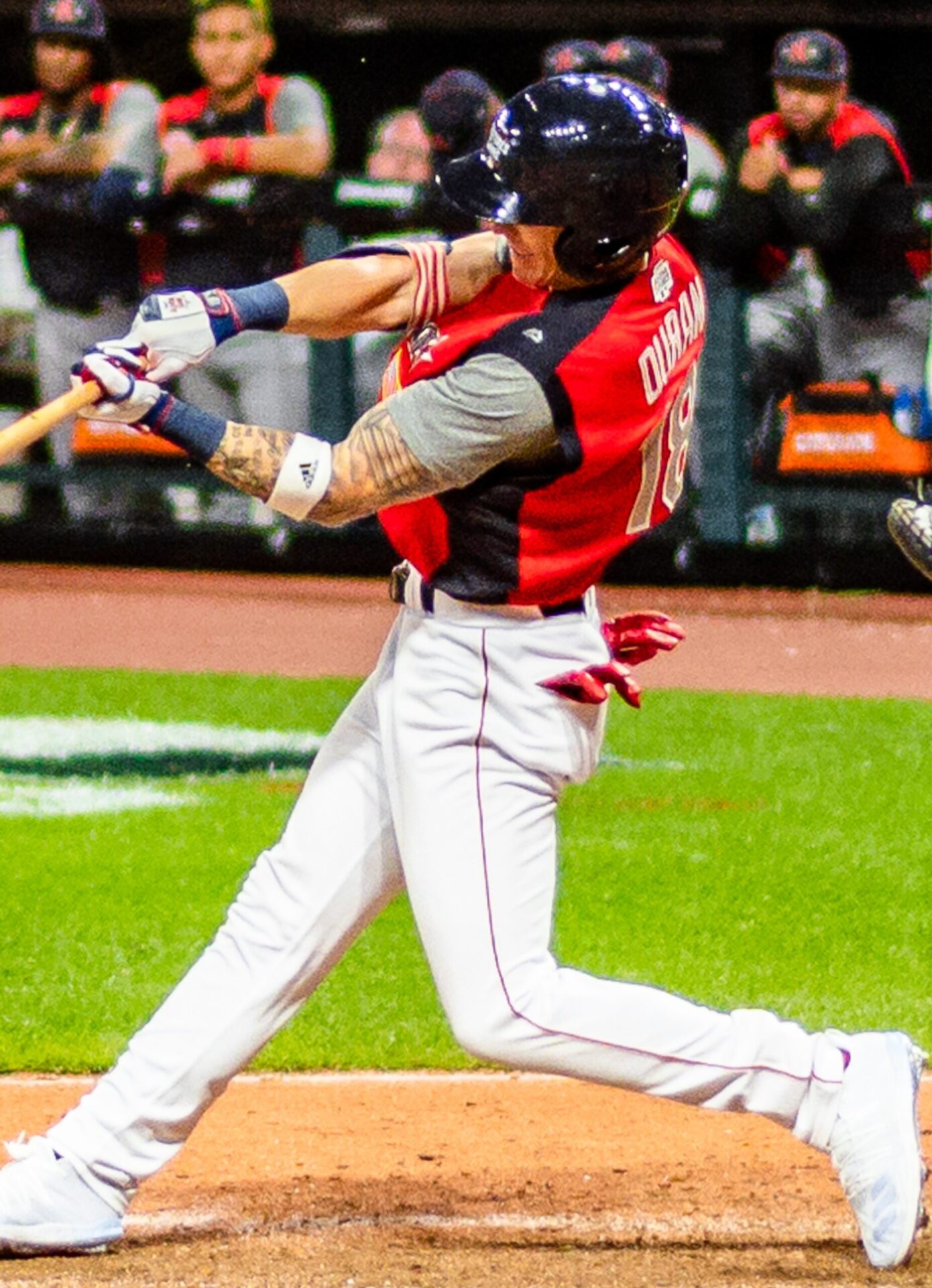 Players get injured all the time, in all sports, and no one is immune to it including the Red Sox. After key injuries to Chris Sale, Kike Hernandez, and Nathan Eovaldi the Sox have been forced to test their depth. There have been several players that have been brought up from AA/AAA to test their readiness for the big leagues.

Two of those guys, Jarren Duran & Kutter Crawford, have made huge impacts so far. In 17 games in the MLB this season Duran has hits in 13 of those games, going 22 for 69 with 9 extra base hits and 4 stolen bases. Crawford has pitched in 11 games so far but the biggest coming on the Fourth of July where we went 5.1 innings and allowed only 2 hits and no runs to Tampa Bay in an unexpected “bullpen game”. This success inspired us to look at a few more prospects making an impact in this season, as well as the next few years in Boston.

Officially listed as a SS/2B, Downs was drafted in 2017 by Cincinnati but came to the Red Sox organization as part of the Mookie Betts trade. He made his first big league appearance on June 22 against Detroit where he went 0 for 4. Prior to that he had 13 homeruns and 27 RBIs in 64 games, and 70 total homeruns in 4.5 seasons in the minor leagues. He has shown more patience at the plate in AAA this season, striking out less and walking more (with an OBP of .332) but his batting average is still only .205. His future will depend largely on what the Red Sox decide to do with Bogaerts at the end of this season.

Another shortstop, Mayer was listed as the top prospect entering the 2021 draft out of high school and the Red Sox were able to grab him with the 4th overall pick. He is now their top prospect and #10 for all teams in the league. The 19-year-old is playing in his first season with A Salem where he is batting .291, slugging .495, and has 29 RBIs in 44 games. He has made 6 errors in 38 games (played 6 as the DH) but his fielding percentage of .961 is an improvement over 2021. His stats are not far off the average Bogaerts posts, granted that is in the majors. Given the lofty $6.7 million he already makes, the Red Sox hope he is another long-term prospect that pays off as a cornerstone for the team.

Another of those big leaguers on the injured list is Nathan Eovaldi, in addition to Whitlock and Sale, so the pitching is where depth continues to be tested. Josh Winckowski has stepped up big time in the absence of the aforementioned three.

Winckowski was drafted in 2016 out of high school by Toronto and came to the Red Sox as part of the Benintendi trade. Josh made his MLB debut in late May in which he lost to Baltimore. Winckowski then went 3-0 in his next three starts with 4 earned runs over 17 innings combined. Winckowski also has 19 strikeouts in those 5 starts and only 6 walks. In AAA prior to being called up, Winckowski was 2-2 with a 3.38 ERA, with 43 strikeouts to 8 walks. He also had a career-low 0.961 WHIP in the 9 starts in AAA and one complete game shutout. It is unclear how long Winckowski will be on the MLB roster but good to see him getting big-league experience and winning games.

Called on this month to make a start, Seabold had his second career MLB start against the Blue Jays with a devastating loss. Seabold allowed 7 runs over 4.2 innings, but then made another appearance in Chicago where he only allowed 1 run in 4 innings. Prior to this Connor was 5-1 in 11 starts with AAA Worcester, where he had a 2.09 ERA, 51 strikeouts, and a 0.987 WHIP. Seabold is definitely a guy the organization is looking forward to bringing up to the majors more but with an ERA of 8.31 in those two major league starts, he may need a little more work first. He has still been a dominant force in AAA and proven the trade that brought him and Pivetta to the Red Sox was well worth it.

In his fourth season pitching in the Red Sox organization, Bello has spent this season split between AA Portland and AAA Worcester. In the two leagues combined he is 10-4 with a 2.33 ERA and 114 strikeouts in 15 games. He made headlines in May with a 7-inning no-hitter for AA Portland during a double-header, and since has been impressive in AAA as well up until his last tougher start. In the first 6 starts in AAA he had a 1.60 ERA thanks to a fastball in the mid-to-upper 90s that sets up other off-speed stuff. The big test for Bello came last night in Wednesday night’s game at Fenway where he made his major league debut against the Rays. Red Sox fans had been waiting for this debut, and Bello wasn’t up to the task. He allowed 6 hits and 4 runs in 4 innings before being removed from the game.

Red Sox fans hope this was just jitters for his first game in the big leagues, and hopefully his next chance goes smoother.