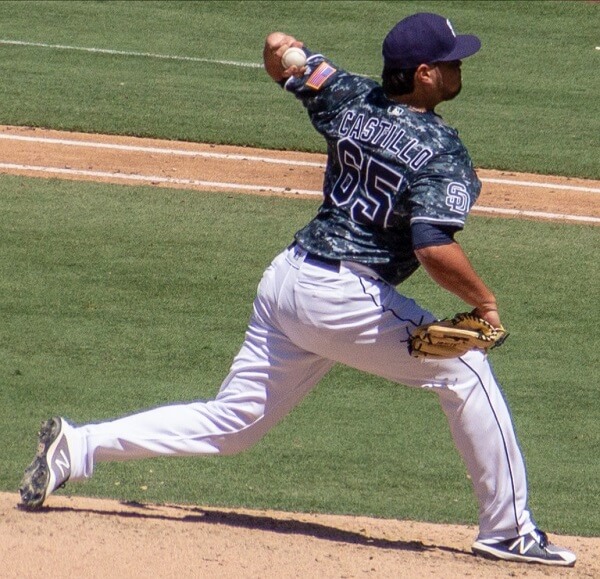 In stunning fashion, both the 1 seeded Los Angeles Dodgers and the 2 seeded Atlanta Braves were defeated in the National League Division Series. Both clubs fell in only four games. The Philadelphia Phillies and San Diego Padres will duke it out to determine the NL Champions. Here is our NLCS series preview and picks.

Unlike the Divisional Series, the National League Championship Series will be decided in a best of 7 format. If the series takes 7 games to determine the winner, 4 games will be played at the Padres’ stadium. The remaining 3 will be played in Philadelphia, who are the 6th seed.

This is what baseball is all about. These two teams facing each other in the NLCS proves that the line “the regular season doesn’t matter” is true. The Padres outmatched their first two foes, who both won over 100 games. On the other side, Philadelphia barely even made the Wild Card, but they’re both getting hot at the perfect time.

Two very unlikely teams are on a collision course, who will move on for a chance to be crowned the 2022 MLB World Series Champions?

Most thought the Philadelphia Phillies had no shot to beat the Braves. Hell, I even predicted Atlanta would advance to the NLCS in 4 games. The series did end in four games, but just the opposite team won than what was expected. The Phillies have been almost perfect in all aspects of the game. Their starting pitching has been excellent, their bats are clutch, and the bullpen has been stellar.

In the series against the Braves, the Phillies hitters did a great job at capitalizing against their opponents starting pitchers. Max Fried, Spencer Strider and Charlie Morton were all disappointing for Atlanta, and the offense made them pay. In the Divisional Series, Bryce Harper went 8-16, Jean Segura went 6-13 and Nick Castellanos hit just north of .300. JT Realmuto and Brandon Marsh had respectable series, just hovering around the .250 and .275 mark. Kyle Schwarber went 1-13, and surely the slugger is looking to turn around his postseason performance. If he gets it going, the Phillies offense will be in a great position to succeed against the Padres.

Philadelphia will have Zack Wheeler start game 1, which would slot Aaron Nola to take the mound in game 2. However, nothing has been confirmed yet for Wednesday’s starter. The Phillies have a great starting rotation, but the Padres might be too much for them going toe to toe. Great news for the team is David Robertson might be well enough to come back and join the team. It sounds like a joke, but he injured his calf while celebrating in the Wild Card Series.

San Diego made quick work with the Dodgers as well and won three straight after the Dodgers took game 1. The Dodgers looked sluggish and unprepared for the Padres. However, there are absolutely no excuses for a team that wins 111 games in the regular season. San Diego won because of their relief pitching and the bottom of the lineup contributing like no other team in the postseason.

What set San Diego apart from Los Angeles in the Divisional Series was their ability to hit when it mattered, contribution from unlikely heroes and their lights-out bullpen. It was like clockwork. Someone in the bottom of their lineup would work an at bat and get on base somehow, some way. Whether it was a walk, a swinging bunt, or a line drive, it felt like their 7-8-9 hitters were always on base for someone at the top of the lineup to drive them in. Jake Cronenworth hit a measly .240 in the regular season, but again, the regular season doesn’t matter. He turned into the second coming of David Ortiz and hit a whopping .438 in the four games. Not to mention Trent Grisham, who hit .308 in the divisional after hitting .184 in the regular season.

These guys stepped it up and that is critical for teams making a run in the postseason. Every World Series-winning team has a guy or two like that. However, the most impressive thing about the Padres in the last series had to have been their bullpen. They surrendered just one run over the four games.

The bottom of the Padres lineup, and their bullpen, were way too hot for the Dodgers to handle, and I think it’ll be the same story for the Phillies. Manny Machado and Juan Soto will always be dangerous enough to change the outcome of a game in a single swing, the “nobodies” are who you have to worry about with San Diego at the plate. They grind out at-bats and wear out pitchers.  Starting pitching is great for both teams, but I would have to give a slight edge to the Padres just because of their depth. This series will go 6 games and San Diego will advance to the World Series.