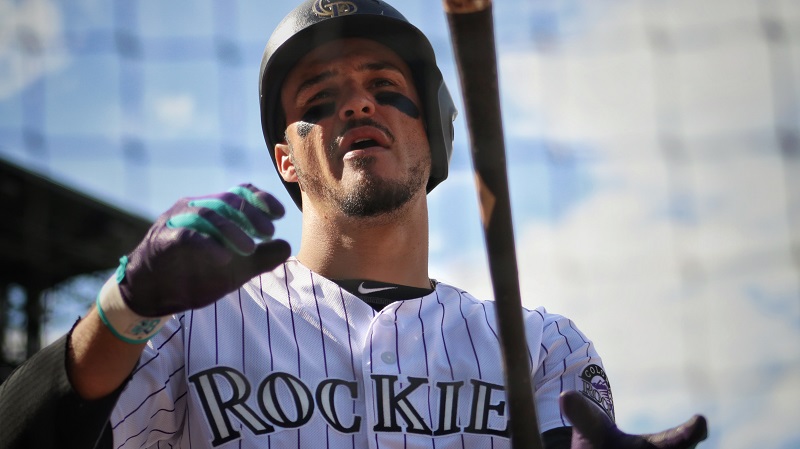 The Dodgers were a roller coaster during the last published National League West update. Their offense was missing most nights, and their pitching was either great or horrible – nothing in between. But much has changed since late June- and not just with the Dodgers. Before the trade deadline, the Padres made some huge moves to compete with their ‘rivals’ two hours north. They traded away almost all their top minor league talent to acquire a handful of partners. They thought that would put them in a position to win the NL West, but that’s not happening this year.

What about the Giants, Diamondbacks and Rockies? They’re all 22+ games back of the Dodgers. Maybe next season.

Odds to Win the World Series powered by Fanduel Sportsbook.

It’s been nice to be a Dodger fan over the last month or so. They’ve cemented themselves as the best team in the league, and after the Houston Astros, there’s a big gap. Their record since the All-Star game? An incredible 20-5, with no other team coming within a few games. Fanduel has the Dodgers at +310 to win the World Series. Everything has come together for the Blue Crew.

Offensively and defensively, they’re at the top. Pitching wise- the best in the NL. But is it possible they aren’t even in their final form? Believe it or not, it’s true. On the starting pitching side, Dustin May will soon make his season debut after recovering from Tommy John surgery. While Clayton Kershaw should be healthy before the postseason. For the bullpen, LA will get back Brusdar Graterol and Blake Treinen. Graterol is usually just a 7th or 8th inning guy, but fans are ecstatic about the return of Treinen. The Dodgers current closer, Craig Kimbrel, just isn’t that guy. He blew a save and lost them the game last night. When he entered in the 11th inning, there was just a bad feeling, and they say to trust your gut.

Currently, it seems like the only thing that can stop the Dodgers from winning the World Series is Kimbrel, who is a shell of his former self. Management cannot continue to put the game on Kimbrel’s shoulders when facing the best of the best in the postseason.

San Diego made big moves before the August 2nd trade deadline. They acquired Josh Hader from the Brewers, one of the best closers in the game. Then they acquired Juan Soto and Josh Bell from the Nationals. Soto is one of, if not the best young player in the game. And Josh Bell? He’s quietly having a great season, batting over .300. There’s no doubt the Padres got much better, but at what cost? For Soto and Bell alone, they traded 4 of their top prospects. A move like this will make waves in their minor league pipeline. It will take at least a couple of years to find replacements for those players.

After all that, at least they can compete with their Divisional big bros (weird because ‘Padre’ means father in Spanish). However, the Padres had a rude awakening when they traveled to Los Angeles after all their acquisitions. They were still swept in a 3-game series. To make matters worse, SS Fernando Tatis Jr. tested positive for a banned substance and was handed a hefty suspension. On paper, they have an amazing line up, and Fanduel has them listed at +2000 to win the World Series. But it makes you scratch your head because The Padres are a whopping 17 games back from first place. The Padres are a disappointing 4-6 record over their last 10 games.

The only way they’re catch the Dodgers is if LA just forfeits every game from here on out. Maybe next season Pads.

San Francisco is surprisingly the 2nd hottest team in the NL West. Over their last 10 games they’re 7-3. But they’re only .500 on the season and 22.5 games back of the Dodgers. What’s up with them? The simplest answer: inconsistency.

Their starting rotation is composed of Carlos Rodon and Logan Webb. They’ve both been solid this year, with Rodon having an earned run average of 2.95 and Webb with a 3.00. After that, they have mediocre-at best guys on their staff. This in a division with the best team in the league, and the Padres, so the losses add up quick. At the beginning of the season, it looked like the Giants could compete for a playoff spot, but they’ve fallen off badly. Many around the league speculated they’d be sellers at the trade deadline, but they held onto the players they have.

Their front office obviously believes in the roster they have now – we’ll see.

Neither of these teams aspired to compete with the Dodgers or Padres before the season started. So, it’s no surprise they are exactly where they’re at now.

Arizona is 27 games back of 1st place and the Rockies, just 30.5 games back. The pair finds themselves in a tough position. They don’t have a ton of minor league talent and they don’t have big market money. Also, who wants to play in Arizona or Colorado? It’s not many players dream destination. Judging by the lack of superstar players on both rosters, none of them do. Let’s give credit where it’s due: the Diamondbacks are only 9 games under .500. Frankly, this is a shocker. Before the year began, I wrote that they’d be lucky to win 60 games all year. However, they’re just a handful of victories from eclipsing that mark.

Arizona and Colorado will have to strike gold in the draft several times if they want to compete for the division.