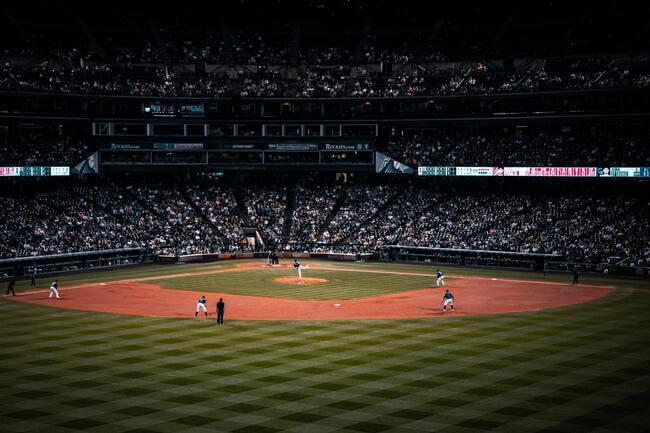 Only 12 days remain before the end of the regular season. For a handful of teams, it looks like their fates will come down to the last day of the season. Today, we’ll be focusing on games involving clubs still playing for something. The Braves are still in striking distance in the NL East and will be squaring off with a Phillies team that holds the final spot in the NL Wild Card race. The Blue Jays will be visiting the Rays. The two teams are tied for the top spot in the AL Wild Card standings. San Diego will be looking to bounce back from last night’s loss to the Rockies.

We’ll preview each of these games and give you our Wicked Wagers.

Odds powered by Caesars Sportsbook New York, Sign up now to get a $1250 Risk-Free bet on tonight’s games.

Braves fans will be trying to forget about last night’s contest. The Phillies offense had themselves a field day against the Braves pitching staff. They scored 4 runs in both the 2nd and 4th innings. It was an uncharacteristic night for Braves pitcher Jake Odorizzi. He gave up a whopping 10 hits and 8 in just 4 innings. Odorizzi will need to have a hot memory because the Braves will be counting on him the rest of the way and into the postseason.

Both starting pitchers this afternoon have been good, but the edge has to go to the Atlanta pitcher, Kyle Wright. He’s having a career year In his 5th year in the big leagues. Wright has 19 wins, which is the best in the MLB. His 3.18 ERA isn’t anything to scoff at either. He’ll be going up against the lefty Bailey Falter. Falter has gone between the Majors and AAA this year. He’s only appeared in 13 games in the bigs this year but has had a respectable season. Falter has a  5-3 record and 3.68 ERA on the year, which is impressive for someone yet to secure a permanent spot in the starting rotation.

The Rays came out swinging in yesterday’s game between these two teams, putting up 9 runs in the first 4 innings. The Blue Jays showed fight, but the early deficit would be too much. The Rays went on to win this game 10-6. With the Blue Jays winning, there is now a two-way tie for the first Wild Card spot in the AL. This year that will be the difference between home field in the first round. The AL Wild card race is extremely tight, with only 1.5 games separating the top 3 teams.

Tonight we get to watch 2 pitchers with sub-3 ERAs duking it out in Tampa Bay. With how tight things are in the Wild Card race, this matchup will be the game of the day. Blue Jays starter Alex Manoah will rise to the occasion and stifle the Rays offense. Manoah is a phenomenal 14-7 on the year and his 2.40 ERA is good for 4th in the big leagues. Drew Rassmussen is set to oppose him. Rasmussen has also been great for his respective team. His 10-6 record and 2.92 ERA will likely make him one of the top arms for Tampa Bay as we head into October. He should be able to keep the stacked Toronto lineup quiet. This game should be a low-scoring affair, but since the over-under is all the way down at 6.5 runs, it’s best to stay away from it.

Colorado is coming off a 4-3 upset victory over the Padres. The 7 runs scored were a surprisingly low total for a Coors Field game. The teams went back and forth and it took extra innings to decide the outcome, with the Rockies winning in the 10th. Letdowns have been the story of the season for the Padres. They have firepower in their lineup, but their bullpen has been having trouble. They’ll still end up in the playoffs, but pitching will be their demise. This said, don’t expect another Rockies upset tonight.

These two pitchers have quite the discrepancy in their season numbers. Padres starter Yu Darvish has a 15-7 record with a 3.05 ERA. In his last 7 outings, he’s gone 5-2 with a 2.42 ERA. Darvish has been able to bounce back after a rough 2021 season. Chad Kuhl will be taking the hill for the Rockies. Kuhl is having a forgettable year. He’s gone 6-9 with a 5.48 ERA. His last 7 starts have been even worse. He’s had an 8.82 ERA while going winless in that span. Because of how bad Kuhl has been over the last couple of months, San Diego is a lock tonight.