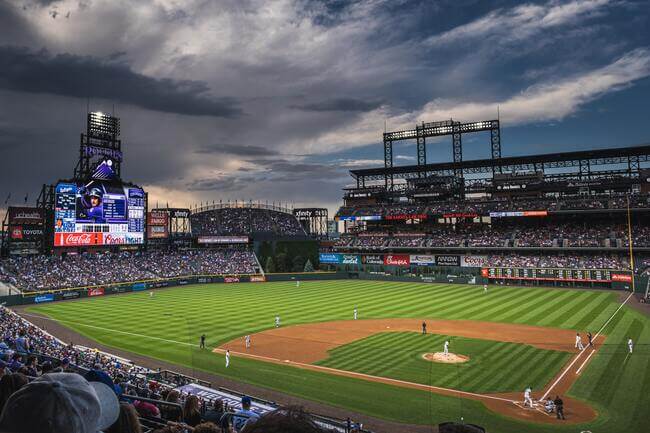 With just over two weeks left in the regular season, things are starting to heat up. It’s usually a given to take the Dodgers in Wicked Wagers, but we’re going to skip them today. Instead, we’re going to be taking a look at games with Wild Card implications.

The Orioles are 4.5 games back of a Wild Card spot and will be heading north of the border to face the Blue Jays, who currently hold the top Wild-Card spot. The Yankees have finally gotten it going and now lead the AL East by 6.5 games after it seemed as though they may lose the division lead. Their opponent, the Brewers, are in the thick of the NL Wild-Card race, only trailing the Padres by a game and a half for the final spot. The third matchup we’re going to take a look at is the Phillies-Braves one. The Braves hold the top spot in the Wild Card, but have bigger things in mind. They only trail the Mets by 1 game for the division lead.

It’s set to be an action-packed day of baseball. We’re going to break down each of these matchups and give you our Wicked Wagers.

Odds powered by Caesars Sportsbook, Sign up now to get a $1250 Risk-Free bet on tonight’s games.

Barring a catastrophic meltdown, the Baltimore Orioles will finish with their first winning record in 6 years. The 2016 season was the last time they finished above .500, and it was also the last time they made the playoffs. It’s a long shot for them to reach the postseason this year considering they’re 4.5 games back of a Wild Card spot. The Orioles dropped the first of this 3 game set last night against the streaking Blue Jays. Toronto is getting hot at the right time and has now won 7 of their last 10. The Blue Jays top concern right now is Wild Card positioning, as the teams holding the three spots are only separated by 2 games. The Blue Jays currently own the top spot, but with just under 3 weeks remaining, a lot can change.

The starting pitchers of both teams are evenly matched. Each of these guys is having a shaky season. Kyle Bradish has a record of 3-6 with a 5.01 ERA, while Jose Berrios has a 10-5 record with a 5.07 ERA. Berrios was solid last season with the Twins but hasn’t found his groove after being traded to the Blue Jays over the off-season. The right-hander was expected to be one of the team’s top arms but has been disappointing, to say the least. With both starting pitchers in this matchup having inconsistent seasons, the over is a lock this afternoon in Toronto.

Friday evening’s contest between these two teams was a fun one to watch. The Yankees jumped out to a 5-0 lead in the second inning, but the Brewers were able to battle back, scoring 3 in the second and 2 in the 4th to tie the game. The bats for each team quieted down until the Brewers broke the tie in the bottom of the 8th. Josh Donaldson then tied things up with a solo blast in the 9th, but Brewers rookie Garrett Mitchell would turn out to be the hero. The rookie delivered with a walk-off two-out RBI single in the bottom of the 9th to send the home crowd home happy. This was a roller coaster of a game. The Brewers needed it to keep ground in the Wild Card race.

You’d think the Yankees would pull this one out tonight after losing in heart-breaking fashion last night. Looking at the starting pitching matchup, Milwaukee has a slight advantage. Brandon Woodruff has a 10-4 record with a 3.39 ERA. Woodruff has fallen out of the Cy Young race but is still the Brewers ace. Whenever he’s on the bump, the Brew Crew know they have a good shot to win. Opposing pitcher Jameson Taillon is no slouch either. He’s gone 13-4 this year with a 3.94 ERA. This is a tough one to bet on, but we’re going with the Brewers to come away with another win over the Bronx Bombers

The matchup between the Phillies and Braves is going to be the game of the night. A divisional rivalry between two teams in the playoff mix makes for great baseball. These two squared off last night in a game that was tight for the majority of the contest. The Phillies had a 2-1 lead in the 8th, but the Braves put up a 6 spot in the bottom half of the inning to take control. Atlanta came away with a 7-2 victory. The win brought the Braves within a game of the Mets for the NL East division lead. The Phillies loss shrunk their lead over the Padres to a game and a half for the 2nd Wild Card spot.

Caesar’s has these teams at dead even tonight. This comes as a surprise given the starting pitching matchup. Aaron Nola has been great all year, despite his losing record. He’s been a victim of a lack of run support from the Phillies offense. His 3.31 ERA is the best among Phillies-qualified starting pitchers. Many around the baseball world counted Nola out after last year’s struggles, but he’s bounced back with a stellar season. On the Braves side, Jake Odorizzi was shelled in his last outing. He gave up 5 runs in less than 4 innings of work. Odorizzi will have to face a hungry Phillies lineup tonight that seems prepared to give him another early exit.