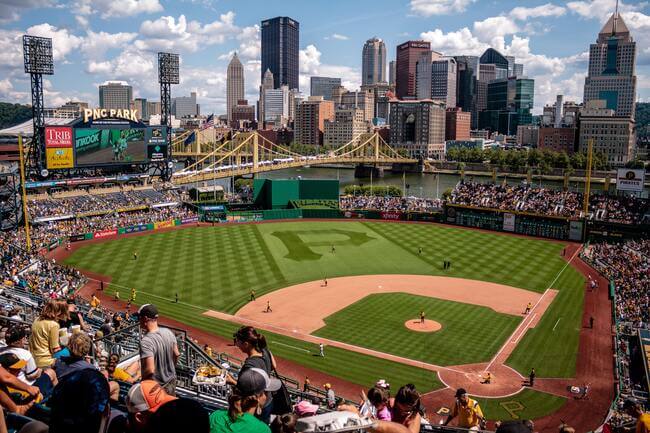 What a glorious weekend for a sports fanatic. Before we get to the first Sunday of the 2022-2023 NFL season, we have 14 games of baseball slated for Saturday.

The Rays are in New York for a pivotal series, the Braves visit the Mariners in a series with huge playoff implications, and the Padres visit Los Angeles attempting to hold their own against the best team in baseball. We’re getting down to the wire in the ’22 MLB season. With around 25 games left, these final few weeks will be crucial for a lot of teams. Let’s dive into Saturday’s Wicked Wagers to see where the best bets are for today’s most anticipated matchups.

Odds powered by Caesars Sportsbook. Sign up now to get a $1500 Risk-Free bet on tonight’s games.

In early August, when the Yankees had a 15.5-game lead in the American League East, many thought they were going to run away with the division. At the time the Rays were thinking that a wild card spot was their best-case scenario. Now, they’ve shrunk the lead to only 3.5 games on the freefalling Yankees. Aaron Judge is the only guy providing offense for New York’s injury-depleted squad. For a while, you thought the Bronx Bombers’ woes were just a funk that they’d eventually break out of. Now it seems like the division might be the Rays for the taking. The Yankees bats took another night off yesterday. At this point, they’ll be fortunate to take a game from this series.

Corey Kluber turned back the clock last week. The starting pitcher looked like he was in his prime, going 7 innings without surrendering a run, and only giving up 2 hits. He’s unlikely to replicate this performance again this year. However, with the way the Yankees are playing, you can expect him to go at least 5 or 6 innings. Right-hander Jameson Taillon has had a mediocre season, despite his 12-4 record. His ERA is currently hovering around 4. Taillon will get tagged for a few runs by the Rays’ offense. It’ll be another close game, but expect the Yankees to drop this one, shrinking the division lead even more.

San Diego won the first game of this series last night in extra innings. If you were listening to the Padres broadcast, you would have thought the team had just won a playoff game. The Dodgers have bullied the Padres this year, so a regular season walk-off win feels monumental for the Padres faithful. Even if the division is out of reach for the Pads, they’re still playing important baseball. They’re currently 2nd in the wild card, with a half-game lead over the Phillies and a 4-game lead on the Brewers.

Two southpaws will be taking the mound tonight, but only one of them has put together an elite season. Julio Urias has solidified himself as a top pitcher in the Dodgers rotation and in the National League as well. He’ll be coming into this start with a 15-7 record, and a 2.29 ERA, which is the best in the National League. Blake Snell hasn’t lived up to expectations in San Diego after winning a Cy Young with the Rays. His 6-8 record and 3.73 ERA aren’t up to the standards of a former Cy Young winner. The Dodgers will jump out to an early lead and bounce back to win the 2nd game of the series.

At one point, the Braves found themselves trailing the Mets by 10.5 games for the division lead, but after yesterday’s win, they’ve taken sole possession of the NL East lead. The Braves are currently riding an 8-game winning streak, while the Mets are going through a rough patch.

The Mariners are also playing important baseball. They occupy the final spot in the wild-card standings, trailing the Blue Jays by half a game and the Rays by 2. The Mariners are in an unlucky place, having to face a hot Atlanta team. If the M’s can weather the storm, their schedule will be easier the rest of the way.

Atlanta’s ace will be taking the bump tonight, Max Fried has been sensational over the last month and a half. In his last 6 starts, the lefty from Southern California has only given up 7 runs. He’ll continue his dominance and stifle Seattle’s bats tonight. Mariners starting pitcher George Kirby has been solid this season. He has a 6-3 record with a 3.15 ERA on the year, but he’ll have a hard time trying to keep Atlanta’s bats quiet in this one.

Total wagers in baseball work very much like totals wagers in other sports. Oddsmakers will assign an Over/Under figure to every game, leaving bettors to determine whether the game in question will be a home run derby or a pitcher’s duel. Totals of 8.5 runs are typical of MLB games, though totals as low as seven runs and as high as 10 runs will pop up throughout the season.