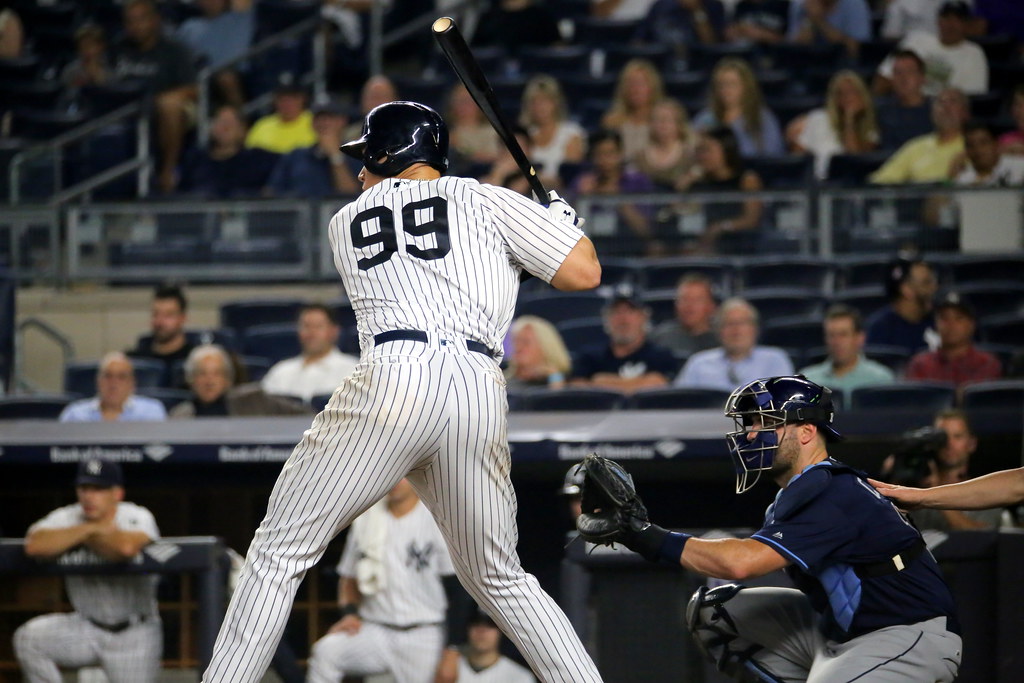 In 2001, in the middle of what we now call the “Steroid Era”, Barry Bonds set the single season record with 73 homeruns. He is only one of two players to hit 70 homeruns in a single season, Mark McGuire being the other. McGuire was part of this same steroid-ridden era, as was Sammy Sosa. Thus, the top six single season records all belong to players who took the forbidden substances.

This brings us to 2022 and Aaron Judge. It is difficult to believe that players, especially big names like Judge, would get away with taking illegal substances anymore. That makes his homerun pace of this season something special. Judge sits at 43 homeruns, which puts him on a pace to hit 67 by season end. This would be #3 all time, better than any season Sosa ever had.

Should we be rooting for this? All baseball fans like to witness history, even if it is for a Yankees player. What makes Judge a little different is he is admittedly a hard guy to dislike. Except for playing “New York, New York” through the halls of Fenway after winning game 2 in the 2018 ALDS. This move seemed to backfire a bit. Judge has never been part of any Boston-New York dispute. He hasn’t been involved in a major scandal, and he has not a guy moving around chasing bigger contracts. This last point does remain to be seen after this season.

The other aspect that makes this record something special to watch is the asterisks on the other record holders. Baseball fans and writers have made it clear that the steroid era caused abnormalities in baseball. This is evident by the fact Bonds, Sosa, and McGuire will never enter the Hall of Fame. Without them, many fans consider Roger Maris the record holder for his 61 homeruns, hit in 1961. Also of note is Babe Ruth’s two seasons hitting 59 homeruns (in 1921) and 60 homeruns (in 1927) when the season was 8 games shorter.

It is open to discussion, what is the homerun record really. Is it 61? 73? This year, we can root for Judge to break the record and standalone without asterisk. Would that guarantee a Hall of Fame selection for him? All that remains to be seen but considering the AL East is all but conceded to the Yankees now, we can all be rooting for history!