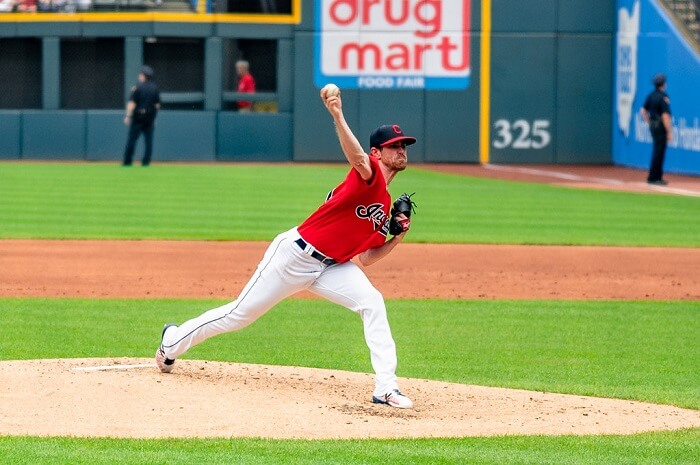 The American League postseason seedings are set and the action kicks off on Wildcard weekend. Houston is the 1 seed, and New York the 2 seed even after a tough second half of the season. The remaining teams will play in this new post season format, where the wildcard is a series rather than one game. The winner of the Blue Jays and Mariners series will go on to face the Houston Astros. While the winner of Rays and Guardians will face the Yankees.

There are many great storylines here: the Mariners making the post season for the first time since 2001. The fact that three of the playoff teams came out of the AL East. Not to mention, the second half run the Guardians made to get into the postseason.

This will be an exciting weekend of baseball, with a lot of action and we’ve got your preview and predictions below.

In their first season under the new name, The Guardians won their division for the first time since 2018. They will host the Tampa Bay Rays in the wild card round. The Rays grabbed the third wild card spot one season after being the top seed in the American League. However, they come into this one equally as prepared for postseason baseball. This season these two teams played each other six times, with Tampa Bay winning four of those matchups.

Despite coming in as the road team for all three games, it is hard to pick against the Rays. They will be the lowest seed throughout the playoffs but came from the hardest division in the American League. Additionally, they only finished the season a few games behind Cleveland. They will also benefit from a healthy lineup that will include guys like Wander Franco and Tyler Glasnow.

The key for winning any 3-game series is to take Game 1. However, this will be especially true when the Rays send McClanahan to the hill against Bieber. If they play it right, they may even avoid facing Quantrill at all. On the flip side, Cleveland would love to get to that game 3 matchup that will tilt in their favor. Look for the Rays to win the series in two games.

The Mariners have done it, they have ended the longest active playoff drought in baseball. After rounding out the season with 90 wins they’ll head to Toronto for the first round in the 2022 playoffs.

In the regular season, these two teams faced off seven times with Toronto taking the first two at home and Seattle winning the next five, including a 4-game sweep in Seattle. They will need to use some of that magic on the road this weekend. They go up against a Blue Jays team that scored 775 runs this season and won 92 games.

It is no doubt that there is much excitement in the Seattle area for this playoff appearance. This Mariners team is exciting to watch, especially rookie center fielder Julio Rodriguez and 2nd year first baseman Ty France. While it would be great to see that excitement carry over into three games in Toronto, the Blue Jays will prove too much for the Mariners in a series dominated by young players.

Toronto’s pitching rotation includes second year sensation Alek Manoah, who had a 5.9 WAR this season, and veteran Kevin Gausman. Although both pitchers took losses against Seattle this season, they will bounce back strong. Manoah finished the regular season hot, allowing only four earned runs in his last six starts (a total of 41 innings pitched). The only unknown for Gausman is a minor injury he will be coming back from in Game 2. The key for Seattle to win would be putting up runs early, but don’t expect them to win low scoring games.

Wicked Player Props – Ty France Most Hits in the Series (+800)