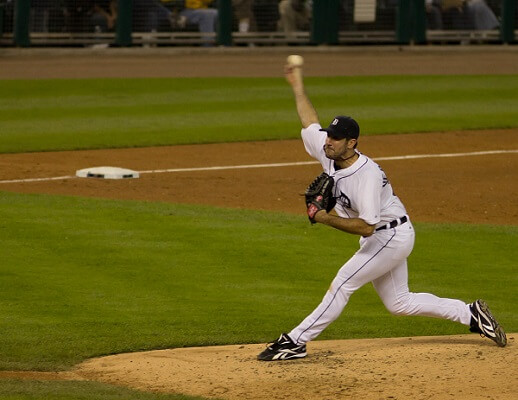 The end of the MLB regular season is a few weeks away, so the award races are just heating up. As we run down the final stretch of the season, we’ll be updating this MLB player award tracker regularly. At the beginning of the season, we discussed potential candidates for AL MVP, Rookie of the Year, and the Cy Young. Let’s review our early season picks and how that compares to the front runners at present.

Our original picks for AL MVP, included favorites like Mike Trout and Shohei Ohtani, and surprises to watch. At that time my picks for underdogs to win 2022 AL MVP were Rafael Devers, Carlos Correa, and Randy Arozarena. In the early weeks of the summer, it looked like picking Devers may have been a great bet. He is still having a strong season for the Red Sox, but now sits (+50000) to win MVP (the same as Trout). Ohtani also sits near the top of the favorites at (+550). However, he will likely give way to Aaron Judge for the most valuable award.

In just over 600 plate appearances this season Judge is batting .307 (5th in the AL), slugging .679 (leads AL), and has 57 homeruns (23 more than #2 in the AL). He caps all that off with 121 RBIs (also most in the AL). His WAR is currently at 8.7, which is good enough for his best season of his career. This season he was also chosen for his 4th All Star Game appearance in 6 full seasons in the majors.

AL Rookie of the Year

Early in the season we explored the likely candidates for AL Rookie of the Year. At that time the leaders in the ROY race were Carlos Pena, Julio Rodriguez, and Bobby Witt Jr. One name is cementing himself as the likely winner with just a few weeks left in the 2022 season. Pena and Witt Jr. have fallen out of betting favor, with their odds to win falling to +50000 for both.

One new name, however, has been vaulted near the top in Adley Rutschman (+750). The former #1 overall pick for the Baltimore Orioles is batting .251 with 10 homeruns and 32 RBIs in 92 games. Not bad stats for his rookie season. He also has 29 doubles and a WAR of 4.4 (contributed both offensively and defensively).

Unfortunately for Rutcschman, his emergence in Baltimore was just too little too late in the season. Rookie sensation Julio Rodriguez (-1700) remains the Vegas favorite for AL ROY. Rodriguez has a .277 batting average with 25 homeruns, 71 RBIs, and a WAR of 5.4 through 120 games played. He also grabbed the spotlight with a show at the 2022 Homerun Derby, where he set rookie records for homeruns.

Lastly, let’s turn to the mound. For early Cy Young picks, we had Martin Perez, Nestor Cortes, Alek Manoah, Shane McClanahan, and even possibly Justin Verlander. At that time Perez was having a strong start, with a 1.42 ERA and .200 batting average against through 10 starts. Now his ERA sits at 2.77, which is 7th in the AL.

Verlander sits at the top of that list, as the only AL regular starting pitcher with an ERA below 2.00. He also has 16 wins, good enough for most in the AL. He is currently second (+110) in the Cy Young betting but not far off from the leader, who wasn’t even on our list back in early June. McClanahan (+3000) has moved to third in the running, and Manoah (+13000) to fifth, with Ohtani between them.

The current front runner for 2022 AL Cy Young is Dylan Cease (-150). Through 28 starts this season Cease is 14-6 with a 2.06 ERA, 206 strikeouts (50 more than Verlander). He’s got an opponents’ batting average of .184 (best in the AL), and a 1.07 WHIP. Chicago is clinging to playoff hopes so it’s a sure bet Cease will finish the season with all he has. Either way, the race between him and Verlander should be the most exciting to watch on the awards list.