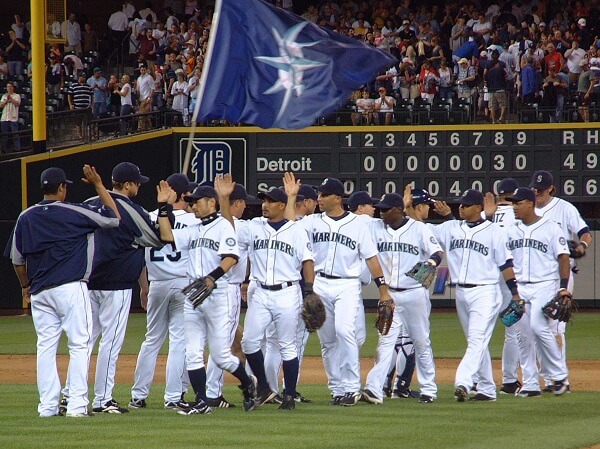 The MLB postseason continues with the ALDS and NLDS in each conference respectively. The wildcard round was one of the most exciting that we’ve seen in a long time. The Mariners pulled out some late inning magic to move on, while the Guardians kept the score low and demoralized their opponent.

Following a comeback down 8-1 in Game 2 of the Wildcard round, the Seattle Mariners take on their division rival Houston Astros. In the 19 matchups this season, Houston took 12 of those wins, including 7 games at home. In the ten games played at the Astros’ home, the Mariners only scored a total of 26 runs. They also batted below .200 average in those games. Additionally, they scored 9 runs in the 5 games they lost at home.

Houston will lean on their rotation to quiet the Mariners bats that scored 14 runs in two games in Toronto. They will have this paired with their own offensive attack credited with 737 runs this season. The Astros’ run differential of 219 runs this season was 3rd best in the MLB.

Seattle will also look to their rotation to carry them through this series. One key to that will be Luis Castillo, who the Mariners acquired the same day they last played Houston. Castillo pitched Game 1 against Toronto where he threw 7.1 innings allowing only 6 hits and no runs. That state line was against one of the American League’s best offenses. Houston hasn’t seen Castillo pitch since June 2019, although they scouted him well enough to have been gunning for him in July also.

In addition to Castillo’s start, the Mariners’ bullpen only allowed 5 earned runs through 7.2 innings of relief in Toronto. Seattle’s game 1 probable starter is Logan Gilbert after the rookie has been off since September 30th. He faced Houston four times this season where he was 2-1 with 7 earned runs and 22 strikeouts.

There is a magic in the air in Seattle right now and the young team is running with that feeling. Game 3 of this ALDS series will be the first playoff game in Seattle in over two decades. There is something to be said about Houston having some time to rest up for this series. However, there’s also an advantage that comes with having played through to keep in the winning mindset for the Mariners. Look for this series to hinge heavily on the first two games in Houston. If Seattle can just take one of these, then it will be a lot easier to win the series. They should look to game 2 when Castillo goes against Valdez as their best opportunity to steal a road game. If they come home facing elimination already the matchups will be much more challenging.

Considering all the above, expect Houston to win the series in 5 games. They are the better team, and their skill and playoff experience will prove too much for the Mariners.

In the Wild Card round, Cleveland shut down the Tampa Bay Rays’ offense, allowing only 1 run over 24 innings. That defense will be tested against the American League’s highest scoring offense this season, including the AL’s all-time homerun leader. In two games against the Rays, the Guardian bullpen threw 10.1 innings without a run and only allowing 4 hits. This was in addition to Shane Bieber’s 1 run 7.1 inning start and Triston McKenzie’s no run 6 inning start. They each had 8 strikeouts as well. This will be Cleveland’s game against the Yankees too. They will try to pull out low scoring games if they can keep the Bronx Bomber bats at bay.

For the Yankees, a 99-win season means they have been able to rest for a week while preparing to face Cleveland. In six matchups this season, the Yankees took five of those games while outscoring Cleveland 38-14. They will look to do that again, against a rotation built to contain the offense. Cleveland’s bullpen had the lowest ERA in the second half of 2022, allowing less than one homerun per 9 innings. New York on the other hand scored just over half their runs in 2022 via homeruns. The key is to get to the Cleveland starters early, which is also challenging, so they don’t have to score a lot on the bullpen and closer Emmanuel Clase (who lead the majors in saves this season).

There is no doubt the Guardians will face Yankee ace Gerrit Cole twice in this series. That is in addition to facing starters Nestor Cortes and Luis Severino. These guys make it hard to score runs, but that may not matter for Cleveland. They only scored two runs on Rays starter Tyler Glasnow and no runs on Shane McClanahan. However, they were able to pull out two wins with only three runs scored all series.

It is hard to imagine holding the Yankees scoreless through 15 innings like they did to the Rays. However, as games get late, they will have the clear advantage in pitching. Even guys like Hentges and Clase, who threw multiple innings over the 2-game series, will have some rest. They will benefit from a schedule that sees the first three games of this series over a 5-day span. Look for the Yankee offense to be frustrated through a 5-game series sending Cleveland to the ALCS.