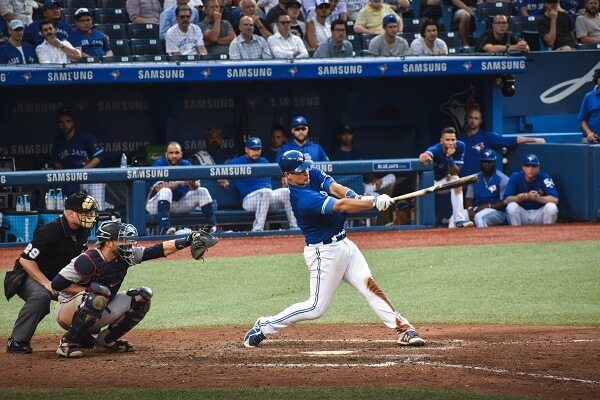 For most of the second half of the season, it had looked like the Yankees would easily win the American League East. This would leave the other four teams to battle for a wild card spot. Then the Yankees cooled down a bit and a few teams have managed to catch up. Let’s dive into the AL East race and which teams have a shot at catching New York. We’ll also look at the overall outlook of the division with just two weeks left until the playoffs.

The stats a few weeks ago were something like “if New York goes .500 for the rest of the season, then Tampa Bay would have to have a higher win percentage than the Yankees have now to beat them.” That isn’t exactly how things have played out, but the Rays are now only 6.5 games behind the Yankees.

Over the course of a week the Yankees swept the Red Sox in a two-game series. Tampa helped by mixing in a few losses to move to third in the division. Both teams have 16 games remaining but unfortunately for the Rays they do not play New York again. The Yankees simply need to win 10 more games to drop Tampa out of contention (and one less win for every Tampa loss).

Currently sitting second in the AL East is Toronto, who has 15 games remaining (13 against division rivals). The Blue Jays are just 6.5 games behind New York and play three more games at home against New York at the end of September. If they have any chance of winning the AL East race, Toronto will have to win that series. They may even have to sweep the series.

The AL East race is one of the only ones still left in question. From a betting standpoint, most sportsbooks have odds for AL East winner but not for any other.

If the Yankees do clinch the division, there is still a way to the postseason for the other AL East teams. As it stands right now Toronto and Tampa hold 2 of the 3 wild card spots. They have a 6.5 and 5.5 game lead on Baltimore, respectively. Seattle holds the third Wild Card spot after a small slide.

Tampa has no remaining games against Baltimore, but Toronto has six, including the last three games of the season. This keeps the Orioles in the hunt, given those six games are enough to overtake Toronto should they match the other 10 games. Baltimore’s odds to make the playoffs currently sit at (+1100) and Toronto is at (-530). Tampa is also at (-265) but the Rays and Blue Jays hold their own fate.

We’ve arrived at the bottom of the AL East race barrel: the Boston Red Sox. The team all Bostoners have held out hope for all season. I’ve written about how they will make a run with key players returning, and they almost did, in July. We’re preparing to wave the white flag soon.

We still haven’t answered whether they were “buyers” or “sellers” at the trade deadline, but they’ll be selling this offseason. Unless they lose every game remaining, at least 2022 wasn’t as bad as 2012. Boston bounced back and won the World Series the next season, but the situation still not good. The only thing to root for here is to finish above .500. Never, in the history of baseball have all 5 teams of a division finished above .500. Chances are slim as even this requires going 11-5 in the last 16 games. There’s always next year.