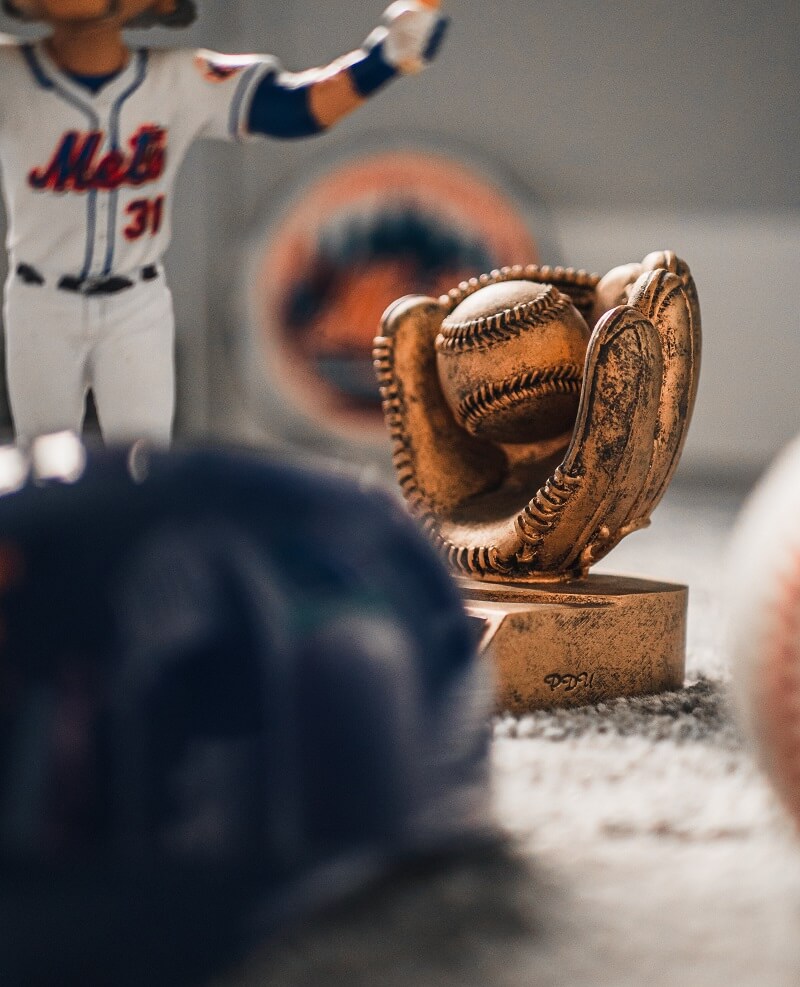 The halfway point of August is what marks the start of the MLB playoff push. That means it’s time to start thinking about your late season MLB playoff bets. The standings will not look the same at the end of the season as they do now. Who will sneak up and win their division? Who’s the best bet to win the World Series?

We answer all these questions and more as we’ve found the best late season MLB futures for you.

You could make the argument that the Twins have the most talented roster in the AL Central. The Twins sit just a game back of the Cleveland Guardians for first place and a game ahead of the White Sox for 2nd. With just over six weeks left of baseball, The Twins will have eight games vs the division leading Guardians, and nine vs the White Sox. The Twins have won three in a row after losing five of six. Their cold streak had people in Vegas doubting, but the team got it together in their series vs the Royals. Now is the time to place this bet, and the talent on the roster is the reason why.

Twins first baseman Luis Arraez is the MLB batting average leader. The first baseman is hitting .335, to go with 22 doubles and six homers. The team’s biggest free agent signing, Carlos Correa, has also started to get hot as of late. Correa missed some time this year, but still has fourteen homers and a .272 batting average for the year.

Can the Twins hit the long ball though? They sure can. Their 142 home runs on the year, put them at eighth in this category. Their leader Byron Buxton is a former prized Twins prospect that had struggled to stay healthy throughout his career. He’s managed to stay on the field this year and has hit a career high 28 homers. The Guardians and the White Sox both rank in the bottom five in the league in home run totals. This bodes well for the Twins, especially for upcoming head-to-head matchups with these two teams.

When it comes to pitching staff, the Twins don’t have a frontline starter, which will hurt them in the postseason. They do still have a solid five-man rotation. The Twin’s ace is Sonny Gray, who is 7-3 with a 3.11 ERA on the year. The Twins entire rotation has ERA’s that sit between three and five. Nothing too incredible, but good enough to keep the team in games.

The Twins have a series coming up against the Astros and the Yankees this year. They will be the two most challenging opponents they will face for the remainder of the season. Other than these two teams, the Twins will face primarily divisional opponents, allowing them control over their own destiny. That’s all you can ask for at this point in the season.

The winner of this division is likely to be determined by the head-to-head matchups the rest of the way. The Twins certainly have what it takes to steal the divisional crown.

This one feels like a safe bet. After winning three in a row, the Cardinals now sit three games up on the Brewers for the top spot in the NL Central. The Cardinals have been red hot in the second half of the season and have created distance in the division. Paul Goldshmidt has had an MVP-like season for this team. Goldschmidt is hitting .331, to go with 29 homers and 92 RBI. The Cardinals are also riding the magical last seasons of Albert Pujols and Yadier Molina. It seems like all the momentum is on the Cardinals side at this point.

Miles Mikolas and Adam Wainwright have done an incredible job carrying this pitching staff. The two right handers routinely go deep in games. Each of them has a sub 3.50 ERA and will be the 1-2 guys in a postseason series. The one team that may be able to overtake the Cardinals is the Milwaukee Brewers. The Brewer’s pitching rotation is phenomenal, but they haven’t been getting the run insurance that they need. The Brewers rank 23rd in the league in batting average. They don’t have the offensive firepower needed to catch the Cardinals in this race

The Cardinals will not have a very challenging schedule the rest of the way. Between now and September 20th the team will only play five games against teams currently above .500. Meanwhile, the team chasing them, the Milwaukee Brewers, will have twelve games with teams currently above .500. The two opponents will square off only four more times the rest of the way. Two of those matchups coming in St. Louis and the other two in Milwaukee. It’s tough to see the Cardinals losing momentum with the schedule they’ve got. It’s even tougher to see Milwaukee finding a way to catch them.

The only way to cap this off is with our best bet to win the whole thing. The World Series odds remain top heavy at this point. The Dodgers lead the way with +370 odds, while the Yankees and Astros have the second and third best odds. Not too far behind them, lies the New York Mets. The team that leads their division with a 76-42 record. The team with the best rotation in baseball. It’s this latter statement that makes this team in Queens such an appealing bet.

The team with the best rotation in baseball just returned, who is perhaps the best pitcher in baseball, Jacob deGrom. Jacob’s been lights out in his first three starts of the year, striking out 28 batters in 16 ⅔ innings. His buddy, Max Scherzer, returned from the injured list last month, and has looked like a front-line starter as well. The rest of their rotation includes the likes of Chris Bassitt, Taijuan Walker, and Carlos Carrasco, all having great seasons. Having an overpowering rotation is especially important in the postseason. Their postseason rotation will consist of deGrom and Scherzer in any which order, and then Bassitt in game 3. Walker will probably be the guy that gets the game four nod. Unless manager Buck Showalter decides to turn to one of his aces on short rest.

The Mets lineup has been a force this season as well. Pete Alonso has led the way with a .276 batting average and 29 home runs. Shortstop Francisco Lindor has had a bounce back season. Lindor is hitting .271, with 21 home runs and 83 RBI. Jeff McNeil, Starling Marte, and Brandon Nimmo continue to put up exceptional seasons as well. However, aside from Lindor when he was in Cleveland, this lineup doesn’t have much postseason experience. The playoffs are a different animal. You face a good starter in every game. This lineup is strong enough to handle it though.

Thanks to the team’s exceptional pitching, they’re not going to need many runs to win games, even in the postseason.

The Dodgers, Astros, Yankees, and Mets, each have the talent to win it all. Of the four teams, the Mets have the longest odds, but they also have the best rotation. They’ll likely have to go through the Dodgers if they want to their World Series dreams to come true. This will be a true test as the Dodgers are putting together another phenomenal season. It would be a matchup that has the makings of a seven-game series. The Astros and Yankees are the two teams most likely to come out of the American League. The Yankees are sliding right now, but they’re a team that can flip the switch at any moment. How cool would it be to see an all–New York World Series? This may be the best chance we’ve had at seeing one in a long time.

If a Subway World Series does happen, get ready to see the Mets frontline starters putting everything on the line to bring a parade back to the streets of Queens.