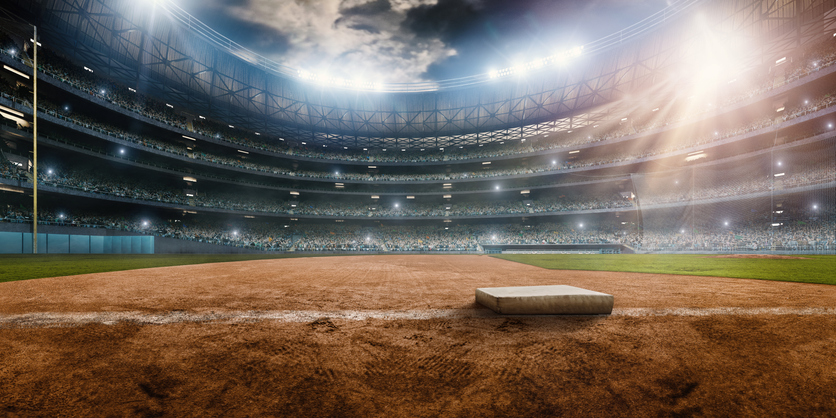 Teams have eclipsed the 100-game mark and with half the season in the rear-view we’re ready for a World Series prediction.

Teams at the top, such as the Dodgers, Yankees, Astros, Mets, and Braves, will play in October, but which others? There is a new format for the MLB postseason, twelve teams will now make the playoffs instead of ten. Here is a breakdown of the expanded playoff system, and then on to an official 2022 World Series Prediction.

It’s the Chicago White Sox hosting the Tampa Bay Rays in the first series of the Wild Card round. The White Sox will get the job done and beat out the Rays, but it’ll take all three games. The White Sox offense will prove to be too much for the Rays pitching staff. On the flip side, the Chicago starting rotation will do just enough to keep Tampa’s bats in check.

In the second Wild Card match up, the Toronto Blue Jays host the Seattle Mariners. This series will go all three games as well, but with an upset! The Mariners haven’t made the postseason since 2006, but that changes this year. Their magic carries over, and they edge out the Blue Jays, powered by an All-Star performance from rookie Julio Martinez.

A divisional matchup between the Brewers and Cardinals kicks off the NL’s side of the bracket. This is a tough series to predict, but one player sways the decision: 1B Paul Goldschmidt. He is the game changer in this one, and he has an impactful series against the Brewers. This is still a difficult prediction because if the Brewers jump out to a lead, they have Devin Williams. One of the most dominant closers in the league.

What separates the Braves and Padres? I would say experience. Atlanta has made the MLB postseason four straight years. If you’ve been living under a rock, they’re your defending World Series Champs. The Padres put up a fight, and their stacked pitching rotation is an advantage in a 3-game series. However, the Braves have the post season pedigree that helps them move on to the next round.

Seattle travels to the East Coast to face the New York Yankees, and no amount of magic helps them there. The Bronx Bomber offense is too much for a team that hasn’t made the playoffs in 15 years. The Mariners just don’t have the star power to match the Yank’s payroll. This series only needs three games for New York to advance. Highlights will be Gerrit Cole pitching a great game 1, and Aaron Judge hitting a couple of home runs.

The series between the Astros and Blue Jays is a little less one-sided than the Mariners at Yanks, but the Astros still take care of business in 4 games. Yordan Alvarez has a huge series, and Justin Verlander stifles the Blue Jays offense after missing the 2021 postseason. Toronto’s inexperience is apparent, and the big stage against the defending AL Champs just proves too much.

It’s a familiar series with the Dodgers playing the Cardinals. LAD’s fans still have nightmares from the 2013 and 2014 series, where the Cardinals bounced the Dodgers from the playoffs. But this year, it’s different. The Dodgers dominate the Cards, and this matchup only takes 4 games. The Dodgers pitching is playing great right now. By playoff time, they should have Walker Buehler, Dustin May and at least a new face or two in the bullpen thanks to the front office. On paper, LA should have the best pitching staff out of all the teams that made this World Series prediction. The Dodgers advance to the 2022 NL Championship Series.

Mets vs Braves, what a great series this one will be! A divisional matchup in the divisional round of the postseason is always extra exciting. It’s a shame that the divisional round is only a best of 5, because this would go all 7. If New York gets Jacob deGrom back, it’s the Mets in 5. If he somehow isn’t pitching in October, the Braves will move on to the next round. Since this is a prediction article, I’ll make a pick.

We will see deGrom in the postseason, so this one goes to the Mets.

For the 3rd time in five years, the New York Yankees face the Houston Astros in the ALCS. This will be such a star-studded matchup. Verlander, Alvarez, Cole, Judge, Stanton, Rizzo, and that’s not even naming them all. You could make an All-Star team from just these two clubs. The Yankees bullpen issues are too much for them to remedy via the trade deadline. They only have two active relief arms that were on the opening day roster. So far in the regular season, Houston has done an amazing job at quieting the Yankees offense. That is exactly what happens in this series, but it’ll still take all 7 games. The Astros move on to the World Series in a hard fought 7 games.

This is a rematch of when the Mets and Dodgers faced off in 1988. LA ultimately advanced and won the World Series. The outcome of this series is the same as the one that happened 34 years ago. Don’t worry, it’ll be a wonderful series between the two teams. The Mets are a great team with superstars up and down their roster but can’t match up with the Dodgers. LA’s offense is too much for the Mets pitchers, and the Dodgers pitching staff keeps opponents at bay – mostly. The only advantage I’d give the Mets would be their closer, but what good is a closer if you’re losing? The Dodgers move onto the World Series in 6.

It’s 2017 all over again, but this time, the Houston Astros don’t know what pitches are coming. I know you’re saying to yourself, “Get over it!”, but Dodgers fans probably never will. The rosters are similar in terms of talent, but the teams aren’t as evenly matched as they were in 2017. LA has the better infield, a better catcher, and the better pitching staff. Oh, and let’s not forget one of the best offensive and defensive outfielders in the league, Mookie Betts.

The Dodgers get their revenge in 2022 against the Astros, and they do it in six games.

We’ll revisit the MLB playoff bracket and World Series prediction in October, when seedings are a little more set-in stone. For now, sit back and relax as the second half of the MLB season unfolds.

Agree with Our World Series Prediction? Here are Our Favorite LA Dodger Odds: