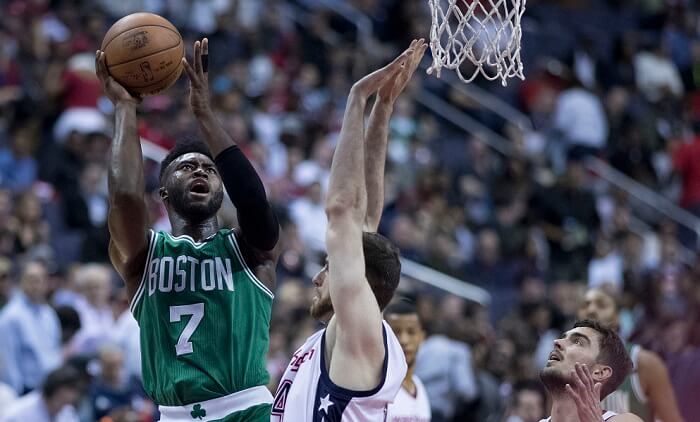 It’s Wednesday, and that means it’s time to focus on the NBA. Wednesday nights are always a great slate of games, and tonight is no different. Our team has checked the lines, injury reports and season trends to come up with tonight’s Wicked Wagers. Look no further for previews of the best games and NBA Wednesday odds.

The Brooklyn Nets are one of the most frustrating teams in the league to bet on. They have a good team on paper but have let us down time after time this year. This team hasn’t played to their ceiling, as they are far too talented to be 11-11 on the season.

Brooklyn hosts Washington tonight, a team that is 11-10 on the season. The Wizards are a streaky team and got blown out in their last meeting with the Nets. Brooklyn will be without Ben Simmons tonight, which should benefit the Nets offensively. It seems like this team functions just as well, if not better, without him on the floor. Washington wants to run and gun and let shots fly, while the Nets don’t play any defense. That’s why our Wicked Wager on this game comes on the total.

Set at 229.5, the books agree that this should be a high scoring game. Over their last three games, Washington is putting up 123 points per game, while Brooklyn has an average of 109. That number goes up to 113 for the Nets at home. Washington isn’t great on the defensive end of the floor either, so you can expect to see a ton of shots fly tonight in a game that should finish in the low 120’s for the winner.

Ben Simmons absence is going to remove the best perimeter defender for Brooklyn, which is good for Bradley Beal. Expect him to score in bunches. Washington is hot on the offensive side and you can expect that to continue tonight against a pathetic Nets defense.

Memphis visits Minnesota tonight in what will continue to be a great rivalry in the West for years to come. The Grizzlies have owned the T-Wolves recently, going 4-1 straight up against this team. Additionally, they have covered their number in those games three out of five times.

The T-Wolves will be without their best player in Karl Anthony-Towns tonight. This is a huge blow for a team that has struggled to find their way this season. Sitting at 10-11 on the year, this team has disappointed, and it won’t get any easier without their star player. Memphis may be without Dillon Brooks tonight as he deals with an ankle injury. They will also be without Desmond Bane who just got out of a walking boot yesterday.

The books have this game with Memphis favored by 2.5, and a total of 231. It’s surprising that the total is set this high, given the missing pieces for both teams. Not to mention, recent history tells us this game will go under. The last three matchups between these squads have not eclipsed 220 points. This number is clearly reflective of both teams season long scoring, in which they both rank in the top 12. However, there is no one on the T-Wolves that can replace the scoring of KAT. Additionally, the Grizzlies see a significant drop in team scoring when on the road.

None of us here particularly like using the word “lock”, but this is our favorite Wicked Wager of the night. Take the under and watch these teams struggle and fight for a W.

In case you aren’t aware, the Boston Celtics have started this season on fire. Posting a record of 17-4, they’ve picked up right where they left off after the All Star break last season. They host a Miami Heat team that has yet to find its way this year. Miami posts a mediocre 10-11 record entering this tough road game.

The lines on this game say it all, with a gigantic number on the Celtics ML of -420. Not to mention a spread we aren’t used to seeing in this matchup that currently sits at Celtics -9. That’s how good the Celtics have been this year. The majority of the Heat’s lineup is on the injury report, but with most impact players probable to play tonight. On the other side, it looks like the Celtics will be without Jaylen Brown as he is questionable with a neck injury. He could play tonight, but let’s look at this game as if he won’t. If he does end up playing, it’ll just be even better for our position.

Boston has owned Miami over their last five games, going 4-1 against the Heat during that span. It’s important to note for our first Wicked Wager that four of those games also played to the under. One thing we know about Miami is that they can play defense, which is also something that Boston is very good at. Both teams are gritty and tough and use the shot clock to create good shot opportunities.

The total on this game is 223, which is higher than any total in the last five games. Again, all of which would have gone under tonight’s number, and with the only over coming on a total of 201.5. Boston ranks #1 in team scoring on the season averaging 121.3 PPG, while Miami ranks 28th at 108.4. Miami is significantly better on the defensive end of the court, ranking 8th in opponent scoring. Given the strengths of each team, our first Wicked Wager on this game is on the under. You can expect a hard-fought game, in which despite not playing the spread, Miami stays close and covers the 9.

Our second Wicked Wager is ‘ol reliable, Celtics 2Q. Boston averages 33.8 in the second quarter at home this season, where Miami only averages 27. The Celtics second unit got a huge lift with Malcolm Brogdon, and it’s showing in the numbers. At -2.5, we are laying the points here with Boston as they build a lead going into halftime and hold Miami below their season average in the 2Q.